No experience? No problem! Apply here … 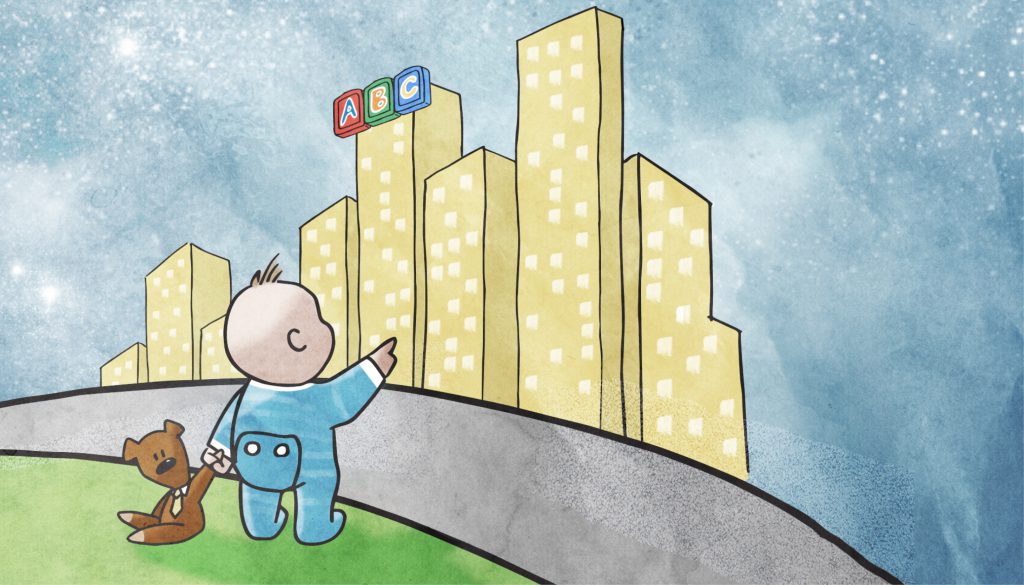 We are living in a world where the most powerful people are not necessarily the smartest or the most experienced. Change is happening and it will not wait for you to get used to it. Economies are being disrupted faster than the metamorphic rate of the Google doodle. Innovation is moving quicker than the speed of your UberEATS.

In the next ten years, smart software and robots threaten to replace 30% of the workforce worldwide, and 60% of what we’re training our young people to do will be irrelevant in 10 years’ time.

This begs the question, ‘where must we change our game plan so that we don’t get moved to the bench?’

The world is no longer ‘business as usual’, and neither should we be. If just less than one-third of all jobs are soon bound to be overhauled by automation, we need to re-evaluate the skills and qualities imperative to staying one step ahead.

Up until recently, professional experience has been one of, if not the most, critical of attributes in hiring the right person for the job. An employee who was loyal and familiar with the industry could bank on steadily climbing the corporate ladder over time. But today’s business climate is a bit messier. If someone thinks they can do it better, they usually can and do. Ladders seem to have given way to scaffolding; the one-way ascent to the top is now a multi-directional pathway, based on vision and ingenuity. The ability to innovate and think creatively are now fundamental to our digital future.

Is it not time to consider that our greatest assets in the way forward are not locked up in professional familiarity, but in those who lack experience? The ‘been there, done that’ approach will only count against us as we plough ahead. If what worked twenty years ago may be the stuff that sinks us now, should we keep adhering to it? What we really need is unhindered visionaries who are so busy dreaming up the next solution that they don’t even realise which historic rules they are breaking.

The trap of ‘been there, done that’

A 2015 report by the Boston Consulting Group, ‘Die Another Day: What Leaders Can Do About the Shrinking Life Expectancy of Corporations’, studied the life expectancy of 35,000 publicly-listed companies and found that CEOs and investor time horizons face a one-in-three chance of not making it past the next five years (compared with a five percent risk 50 years ago). The question crouching in the corner is ‘Why? What went – or sadly will go – wrong?’

Vijay Govindarajan, in his book, The Other Side of Innovation, suggests that it’s a three-pronged problem. Big companies run by experienced professionals risk falling into one, if not all three traps involving physical, psychological or strategic shortsightedness.

Physically, big investments in old systems or equipment block the flow of fresher, more relevant investments. Psychologically, companies become too fixated on what worked in the past to notice new trends and potential displacements. And strategically, companies get so caught up in catering for the market demands here and now that they fail to anticipate the future.

Leaders today must help their people to see their own ‘burning platform’. In the boardroom it is imperative that corporate knowledge (experience) is a capability held by board members, yet is perspective considered less essential? By 2025, three-quarters of the workforce will be millennials, but will their perspectives be captured by the boardrooms?

The advantage of ignorance

In these days of tumultuous change, we cannot afford to fall into the traps of what worked even yesterday. Rewind to the year 2000, and surely former Blockbuster CEO John Antioco would say the same if he knew what he knows now. Failing to see the growing market for on-demand and online streaming, he turned down a $50-million offer to buy the now $32.9-billion Netflix, seeing it as “a very small niche business.”

On the other hand, Reed Hastings decided “if you have hitchhiked across Africa with ten bucks in your pocket, starting a business doesn’t seem too intimidating.” He had “no idea” whether customers would use the service, and his motivation for starting Netflix was partly to sidestep another future $40 overdue Blockbuster fine. Little did he know that today Netflix shares would sit at 9925% above the IPO price.

‘Big Company Syndrome’ ultimately led to Blockbuster’s demise, with the former megastore filing for bankruptcy in 2010. They failed to see new gaps in the market and look for ways to improve their service delivery. Rather, the assumption was ‘just keep doing what we do, and it will be fine’. In this case, tunnel vision drove Blockbuster straight into the wall at a dizzying and destructive speed. A gutsy ‘nothing-to-lose but everything-to-gain’ vision on the part of Netflix, however, had them soaring.

In a leaked internal memo, Nokia’s CEO Stephen Elop, tells the tale of man who was working on an oil platform in the North Sea. One night he woke up to the entire platform on fire. Surrounded by flames and standing on the edge, he was faced with a decision: go up in flames or plunge into the cold, foreboding Atlantic waters. He decided to jump. “We too, are standing on a burning platform,” said Elop, “and we must decide how we are going to change our behaviour.”

Elop lamented the company’s series of missed opportunity: “While competitors poured flames on our market share, what happened at Nokia? We fell behind, we missed big trends, and we lost time.” Essentially, they failed to see the urgency of the times.

In a time of monumental transformation and market redefinition, they require minds that are free from the confines of complacency; they need people who see the gravity of the times and the danger of doing the ‘same old’. Tomorrow’s big competitors need to be comfortable with crisis; urgency does not necessarily mean emergency. Who better to thrive in these spaces than those who don’t come with a default setting to status quo? Merit is as much about potential as it is about past performance.

In a time when change is the only constant, the notion of ‘unexperienced’ can become a powerful asset to a team. Diversity really does matter; employees who don’t need to ‘unlearn old habits’ really do save time. If the future is to be created by those who forge it, then job loyalty and former paradigm thinking will never get us there alone. After all, “the electric light did not come from the continuous improvement of candles”.

By Matthew Aberline and Jane Moran, who wrote the post for Aurecon’s Just Imagine blog.