Hootsuite and We Are Social released the 6th annual report of social media and digital trends around the world - Digital in 2017. Examining data from 238 countries, the report finds 50% of the world is now connected to the internet and researches the opportunities that increasing connectivity has for organizations worldwide.

“The findings have exciting implications for businesses, governments, and society in general, but they’re also testament to the speed with which digital connectivity is changing the lives of people all over the world, WeAreSocial points out. Especially, when considering that “it’s only been 25 years since Tim Berners-Lee made the ‘World Wide Web’ available to the public.” The more impressive it is that the internet has already become an integral part of everyday life for most of the world’s population.

But it is not just the internet that’s growing rapidly, WeAreSocial revealed by identifying a wealth of other important milestones as part of this year’s Global Digital report, including: 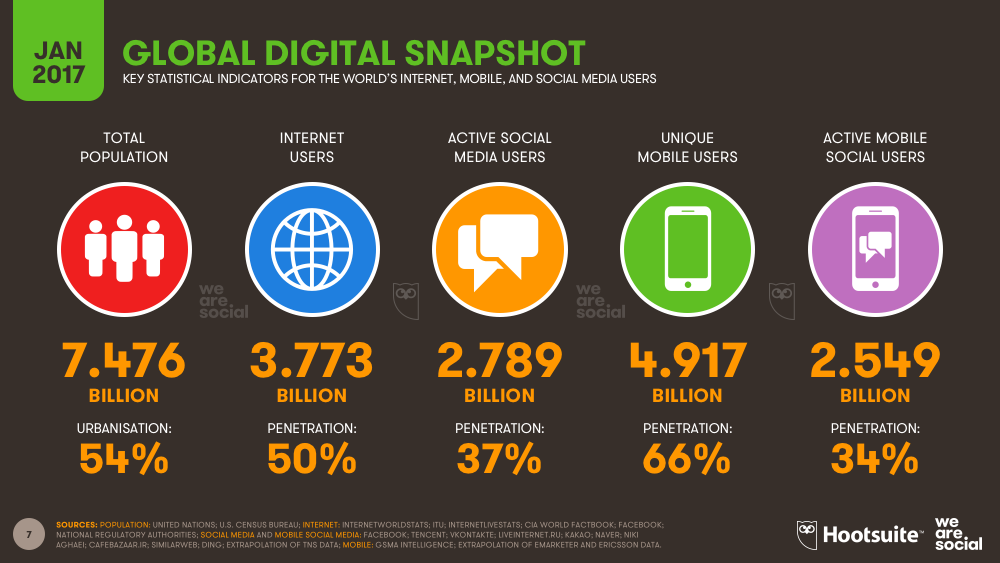 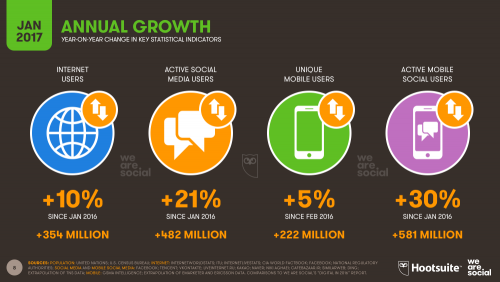 “Half of the world's population is now online, which is a testament to the speed with which digital connectivity is helping to improve people's lives. The increase in internet users in developing economies is particularly encouraging,” said Simon Kemp, We Are Social. “Given this latest data, it's probably time for us to stop referring to social as 'new media', and integrate it more seamlessly into our day-to-day activities."

The rate of growth for unique mobile users increased by more than half compared to last year, with 81 million more new users in 2016 compared to the growth we reported in last year’s analysis. 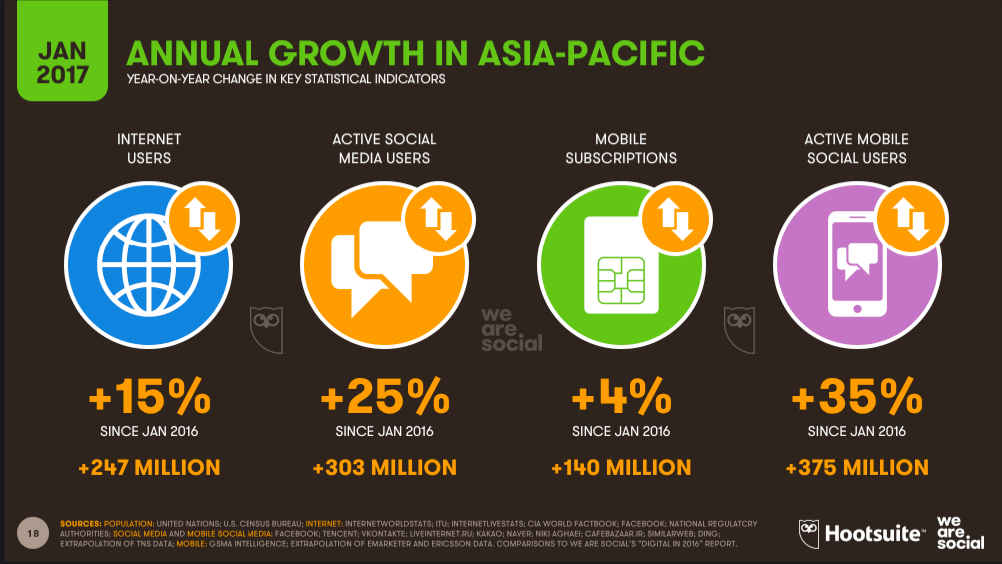 Digital growth across Asia-Pacific accelerated versus growth over the previous 12 months, with internet users up 15% year-on-year to pass the 1.9 billion mark. Social media growth rates accelerated by more than 50% versus 2015, with social media use overall up 25%, compared to 14% growth in last year’s report.

More than 1.5 billion people across APAC now use social media on a monthly basis, with 95% of them accessing platforms via mobile devices - the highest ratio in the world. 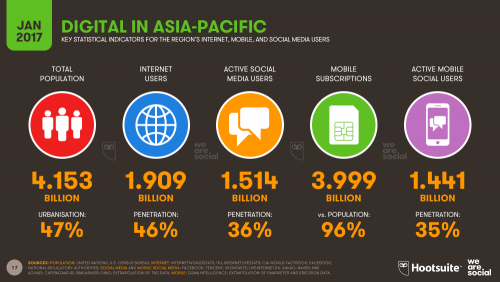 In APAC, mobile data traffic leads significantly over other regions, with 4.12 billion gigabytes consumed, compared with 1.24 gigabytes from North Europe, Middle East, and Africa. Social media growth rates increased by over 50% year-on-year. More than 1.5 billion people across APAC now use social media on a monthly basis, 95% of whom access social via mobile devices - the highest ratio in the world. As a result, organizations in APAC should plan to transform their communications strategy to increase customer engagement and real-time interaction across the customer journey. 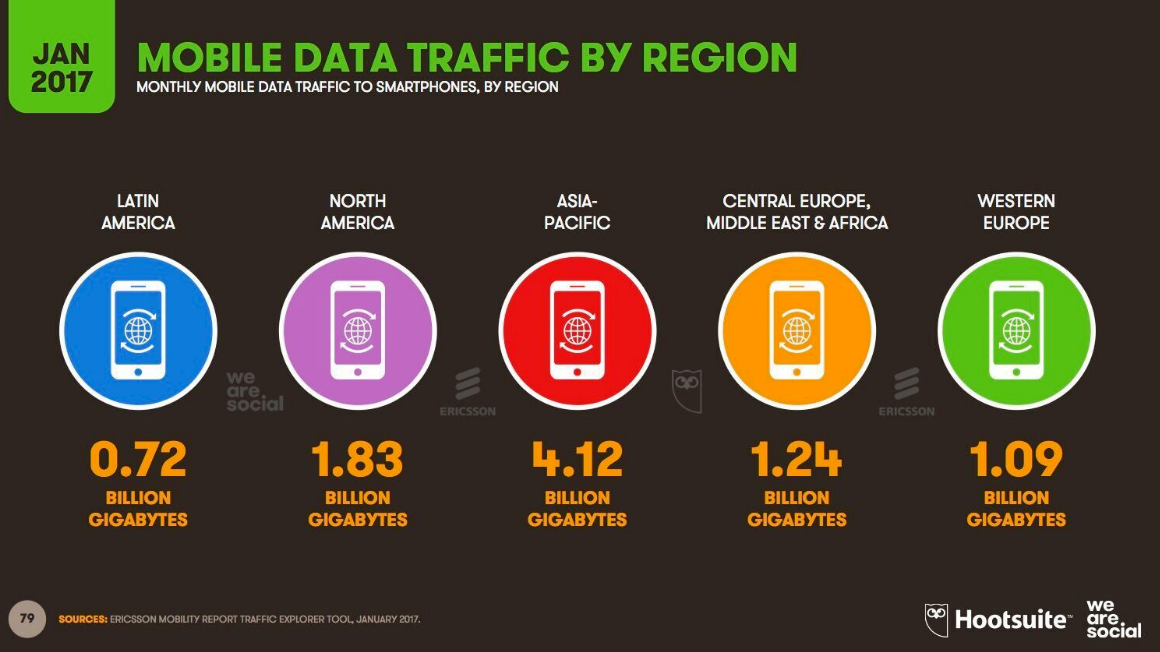 The report compiles data from the world's largest studies of online behavior, conducted by organizations including GlobalWebIndex, GSMA Intelligence, Statista, and Akamai in a comprehensive state of social media reference.

Digital In 2017 is the lead document in a suite of reports produced by We Are Social and Hootsuite.