Popularity of Social Games is skyrocketing and conquering Tablets 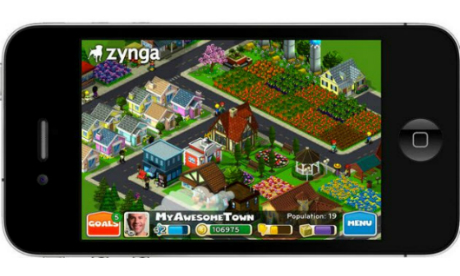 Once on the fringes of digital advertising, social game ads are now the hip newcomer with big corporations such as McDonald paying for players to build restaurants in Zynga Inc's "CityVille" game or Unilever-sponsored Dove spas popping up in "The Sims Social." The number of people who play social games has skyrocketed to hundreds of millions globally, pushing consequently hundreds of millions of dollars in ad spending in games on the market.

eMarketer, the research expert in digital marketing, expects social game ad revenue to soar 80% to $672.2 million by 2014, as well as Zynga's advertising revenue to double compared to last year, highlighting the growth potential of social game ads. What advertisers like are especially the size of the audience, how they can target specific demographics and how users can spend several uninterrupted minutes a day playing a game.

Although still in their infancy, social game ad spending are hip and growing faster compared to other forms of online ad spending such as search advertising or banner ads, according to eMarketer. And even though there is no industry standard yet that measures conversion rates, or the rate at which people buy products they have seen advertised, the new advertising trend is picking up.

Much like consumers of video content, gamers are flocking to tablets to take advantage of the devices’ blend of portability and relatively large screens. On average, tablet gamers downloaded 22 games over the past year, according to a study of US Internet users conducted by Frank N. Magid Associates for gaming company PlayFirst. And gaming was the second most popular overall activity on a tablet, behind only accessing the web, the study found.

Tablet gamers were not just scouring app stores for freebies, either—about one-third of the games they downloaded were paid for, underscoring consumer willingness to fork over cash for titles deemed worth their time and effort. Respondents using tablets also said they had more often paid for games than for any other type of content.

Gaming was a significantly less popular activity on smartphones, the study found. Part of this divide was thought to be due to the fundamentally different way consumers use smartphones, and some of it was attributed to smartphones' smaller screens.

But the study also saw potential for the monetization of gaming content beyond the games’ initial purchase. Tablet users spent an average of $62 on in-game virtual goods, while smartphone gamers spent an average of $25. In the aggregate, those figures can add up to a tidy sum; eMarketer estimates that there will be 94.6 million mobile gamers in the US by the end of the year, rising to 138.3 million by 2015. (Source: eMarketer.com)