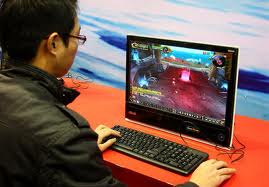 Free-to-play (F2P) games refer to any video game, or social or mobile application that has the option of allowing its users to play without paying. Since these games are available at no cost to players, other business models, such as charging money for certain in-game items (like powerful bonuses which are usually available for real money only) or integrating advertisements into the game gained popularity. 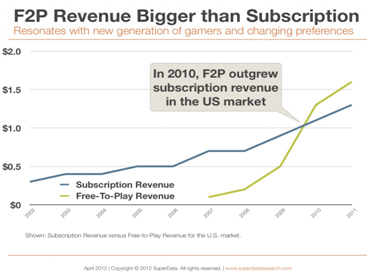 There are three main reasons why F2P games will be a gain for marketers:

Different from songs, shows and movies, video games ask to engage with them, thus, gamers are used to trying things out, seeing whether they can make that shot, snipe that enemy, or find a better way to solve a problem. But most obviously, gamers make decisions as part of their entertainment, especially when compared to readers, listeners and viewers. Given this mindset, it can be no surprise that a monetization model that allows more flexibility is a much better fit than the traditional ways of charging audiences. People vote with their dollars, after all.

2. F2P has entered the C-suite

Generally speaking, technological change occurs at a more rapid pace than social change. Humans, in many ways, tend to be the bottle neck when it comes to adopting new technology. The cultural fabric of a game company may not be ready for the demands that a technological shift presents. Therefore, those companies that are innovative enough will reap much of the benefits. Finally, it seems, the notion of free-to-play has entered the C-suite of the large publishers. Where there was little interest only a few years ago, today we hear a growing number of executives sing its praises. What’s exciting is that it is the decision-makers who are now on-board. This means that they will start advocating free-to-play as either an additional or primary revenue stream for their games portfolio, thereby elevating it to a standard business practice.

3. Up to 10% of F2P mobile gamers will convert to paying users

“The mobile gaming market is key to building a successful strategy,” according to Janelle Benjamin, SuperData’s VP of Research, “Only by capitalizing on the early momentum can game companies establish a sustainable footprint for the long-term.”