Social media lessons to be learned: 4 success stories and 1flop 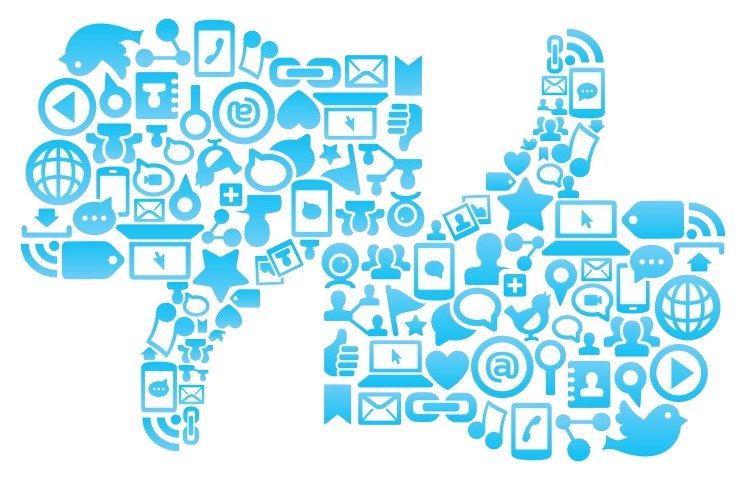 I love learning by doing, as that‘s the way I personally learn most. That‘s why I appreciate great examples, which add practical insight to pure theory, making complex issues comprehensible. So I‘m happy to summarize Moontoast‘s „Top Social Engagement Lessons“ for our readers. Get inspired!

According to Moontoast, in this day and age, no one can ignore the effects of social media. Just how valuable is social media to companies? According to the McKinsey Global Institute, social has the potential to add $900 billion to $1.3 trillion in value across various industries. Gartner predicts that social media revenues will hit $16.9 billion by the end of 2012, with income generated primarily through advertising, while Booz & Co believes social commerce will reach $14 billion by 2015.

And yet studies have shown that only 20% of brands reported achieving measurable ROI in 2011 and only 12% of marketers rank themselves as “effective users” of social media. These two studies point towards a lack of company understanding in how to leverage social media, with enormous potential value remaining out of reach without the right goals or success metrics.

It is also quite evident that some companies are enormously successful with social media, so here are four case studies of success and on top one flop.

In February of 2007, the popular budget airline JetBlue left over 1000 passengers stranded on the John F. Kennedy runway for eight hours due to a combination of a severe ice storm, frozen wheels, and a lack of available gates for return. Worse, passengers sat in the plane’s cabin for eight hours with no real information provided by the airline. To top things off, after finally disembarking, JetBlue had trouble booking alternate flights for passengers as a result of the storm. Needless to say, passengers were more than justifiable enraged, and the situation should have sparked a huge hit in JetBlue’s credibility and a dip in sales.

JetBlue quickly did what airlines never do: they issued a heartfelt apology. Using both traditional channels and YouTube, JetBlue’s founder and then-CEO David Neeleman issued the apology, taking full responsibility for the mishap and expressing genuine regret. Neeleman took a public relations fiasco and used it as an opportunity to humanize the company and actually improve their customer relations, creating the now well-known JetBlue Customer Bill of Rights and promising that future issues would be handled exponentially better. Customers appreciated JetBlue’s candor in admitting fault and their clearly outlined plan to improve customer service, thus averting the crisis.

Keeping with the mantra of immediate response to problems, JetBlue handled their next public re- lations crisis exponentially better than in 2007, turning an incident with a crazed pilot into a pos- itive customer relations experience. When JetBlue’s Captain Osbon experienced a mental breakdown in April of this year, JetBlue tweeted updates and created a live-blog, keeping customers in the loop and creating a sense that JetBlue and their customers were in it together. As a result, JetBlue won first place in the consumer-decided Simpliflying Heroes, demonstrating the power of social media in turning potential disasters into PR wins.

The lesson: Use social media to respond quickly and take responsibility for your failures.

E-commerce store Zappos enjoys a successful business selling shoes and apparel from its website following e-commerce best practices such as offering free shipping, free returns, and 24/7 customer service. As a digitally focused company, Zappos found itself poised to take advantage of social media, and it has successfully leveraged the social space in a way many companies have not: to drive direct revenue.

Zappos allows buyers to easily share their purchases across Facebook, Twitter, and Pinterest, with impressive results across social networks. For each ‘Share’, Zappos earns $33.66 on Twitter, $2.08 on Facebook, and $0.75 on Pinterest in incremental revenue. The brilliance of facilitating and promoting social endorsement comes from the fact that this revenue does not actually rely on Zappos’ social media presence, but rather it relies on the social graphs of their customers. When a customer ‘Shares’ a Zappos purchase, they post it to their own social network rather than a Zappos-owned presence, bypassing the need for a strong social following on Zappos’ part. While the apparel retailer happens to have a large following of 275,000 Facebook ‘Likes’, e-commerce companies without a social presence can also utilize these social endorsement tactics.

To top their social-friendly website, Zappos also leverages social media with custom sites like Pin- pointing, which utilizes Pinterest users’ posts to make shopping recommendations for them. This initiative, combined with encouraging and facilitating social sharing, allows Zappos to generate both quantifiable ROI and more comprehensive ROF (Return on Fan).

The lesson: Use consumer endorsement to drive sales through social.

In addition to eliminating the need for a traditional login, Fab.com has done everything from facilitating and incentivizing social endorsement to actually creating a live “newsfeed” on the site using Facebook Open Graph. This Newsfeed populates in real-time with user activity on Facebook, creating a constant

influx of new user generated content and allowing users to browse and buy this socially shared content directly from Facebook or their website. Using these tactics, in just four months Fab was able to double its referral traffic from Facebook and expand its membership from 1.8 to 3.2 million users. If you doubt whether increased Facebook activity actually helped increase the website’s membership, Fab can allay your fears: they confirmed that 50% of their new U.S. members have been joining as a result of Facebook and social sharing. Even more impressive is that these socially involved members generate twice the lifetime value of members who do not engage with Fab using Facebook, proving that building a valuable social media experience both on social networks and your brand’s website can provide enormous short and long-term benefits.

Home décor retailer Kirkland’s operates approximately 300 stores in the U.S., and as social media has grown in recent years, Kirkland’s jumped on board. The retailer spent 2011 growing their social media following with a focus on Facebook: they now have over 580k Facebook ‘Likes’.

Upon reaching their de-sired audience size and seeing higher traffic to and increased social spending on their site, Kirkland’s shifted their attention to cultivating their following by creating valuable content.

Kirkland’s used the sweepstake entry-for-email transactional method to create great value for both fans and the company. Fans entered their basic in- formation without ever leaving their Facebook page, combining Discovery (newsfeed), Interaction (pro- motion), and Transaction (entry-for-email). Using this value-creation tactic, Kirkland’s was able to gather 16,400 fan emails, 2,269 of which were new to their database.

The Kirkland’s Dream Room Giveaway led to over 2,000 qualified (qualifying a lead was based on the average spending for each email obtained through Facebook) new emails obtained at an average price of $0.66. More than just lead generation, the Dream Home Giveaway campaign offered returns not directly linked to monetary gains, with an increase of 40% in new Facebook ‘Likes’ and 47% more people ‘Talk- ing about’ Kirkland’s for the month of August. This allows for successful campaigns to create a positive feedback loop, where subsequent campaigns reach a larger, more receptive base audience, and there- fore achieve greater success and increase the size of the potential audience even more.

The lesson: “Free” offers in social can drive ROI with the right exchange of information.

As much as brands want to succeed via social media, many have experienced failures in the social space as a result of a lack of understanding and foresight. Although Harrelson has a strong social media presence overall, this particular transgression caused high consumer backlash and an increase in negative awareness.

Of the many ways to create value, actor Woody Harrelson joined the ranks of celebrities such as Louis C.K. and Zach Braff who opened themselves up to the Reddit community in an “Ask Me Anything” (AMA) session. Fans love this type of personal connection with famous celebrities, and it looked like the perfect opportunity to gain some press for the upcoming release of Harrelson’s new movie, Rampart. Harrelson’s PR team clearly didn’t fully understand the nature of AMA, as Woody spent the majority of the session deflecting personal questions and bringing the topic back to his movie. Unfortunately, Reddit users attending the AMA session had no interest in his movie, which they could learn about elsewhere—they wanted Harrelson to candidly answer their questions to learn more about his personal life. As fans continued growing angrier, one Reddit user claimed that Harrelson had slept with a high-schooler at a Prom after party.

The danger with opening yourself up in a session like AMA is questions like these. Instead of answering maturely and asking for further questions (preferably not stemming from rumors), Harrelson bluntly tempted to steer the conversation back to promoting his movie. Reddit users became even more incensed, and the community began multiple topics ‘Roasting’ the actor.

The lesson: Promoting yourself does not create value.

Fans connecting with you on social media expect to receive value out of that connection. When you promise to deliver value and then not only fail to do that, but instead overtly self-promote, fans may strike back and create the opposite of your desired effect. Harrelson remained an active topic of ‘Roast- ing’ on Reddit well after his AMA session, demonstrating the falsehood of the notion that any press is good press.