More than half of the world's population uses social media today 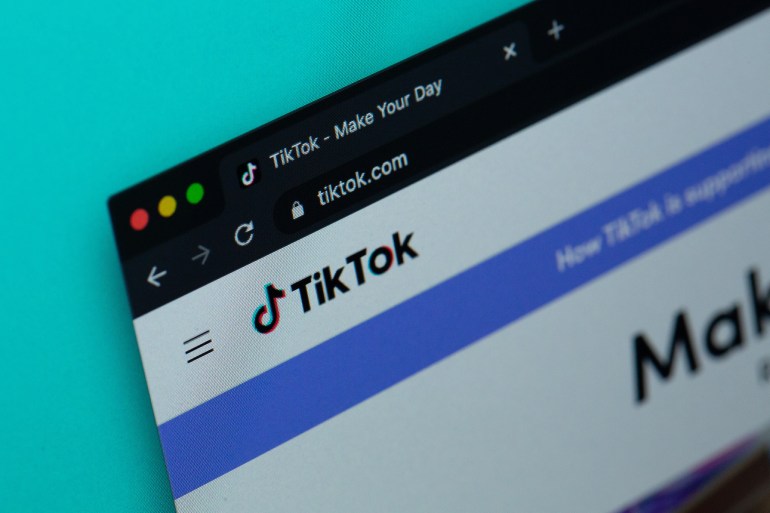 At least that's the conclusion of the “Digital 2022 Global Overview Report” from Hootsuite, provider of social media management and the creative agency We Are Social. The new annual report summarizes the most important global insights on digital trends and social media. 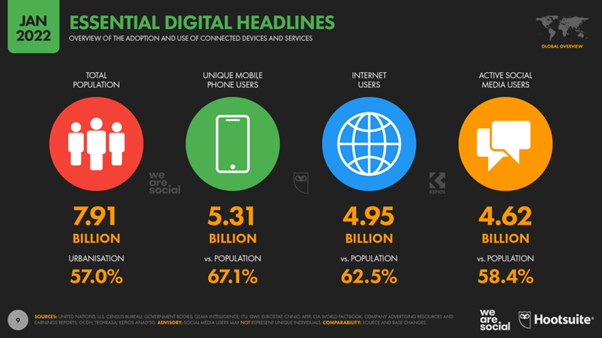 Not only the number of users is increasing. With an average of 2 hours and 27 minutes per day, people are also spending more time on social media than in the past year. Facebook is the most used social media platform globally, followed by YouTube and WhatsApp. 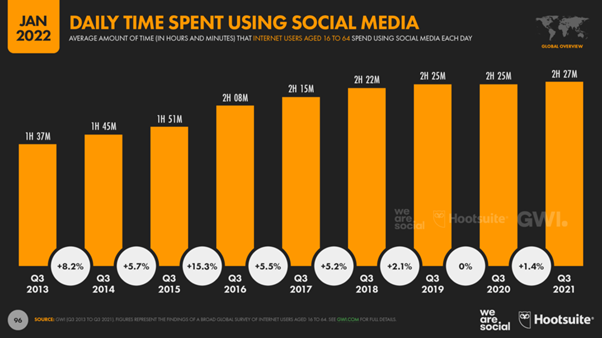 In Meta's advertising data, the importance of social commerce is becoming ever clearer. The company's latest figures show that more than 560 million Facebook users see ads in Marketplace every month. On Instagram, 187 million users view ads in the Shop tab. WhatsApp tops the rankings of the most popular social media platforms in the world. 15.7% of working-age internet users choose the Messenger app as their favorite social platform. Instagram has overtaken Facebook and is now second in the global rankings. 14.8% of global internet users name Instagram as their favorite platform, closely followed by Facebook with 14.5%.

TikTok's advertising target group also continues to grow at a rapid pace. Digital 2022 states that the platform's reach has increased by 7.3% (60 million users) in just the last 90 days. This increased the global reach of TikTok in the target group aged 18 and over to around 885 million.

Further important findings from the Digital 2022 report from the areas of social media, cryptocurrencies, internet, and e-commerce: 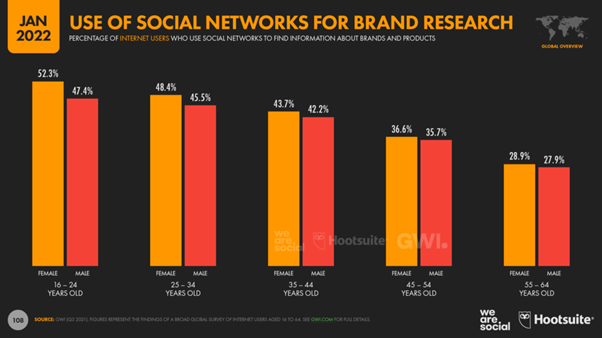