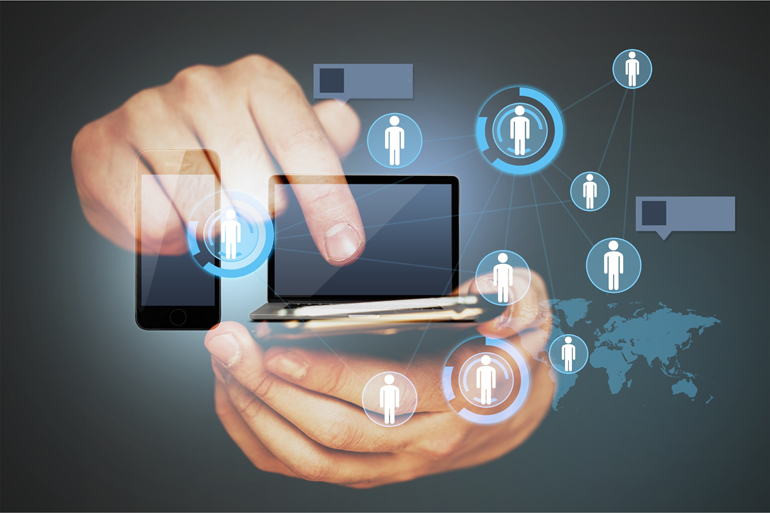 According to Zenith's latest Media Consumption Forecast, 71 % of the total Internet consumption will be allotted to mobile this year, whereby the largest growth rates are expected in North America (75%) and the Asia Pacific region (75%).
It is even forecasted that by 2019 a quarter of the world's total media consumption will be spent on the mobile Internet. Worldwide, people will then use the mobile web via browsers and apps 122 minutes a day, which is an enormous growth, considering that in 2010 it was only ten minutes.

Due to the strong growth in mobile media usage in the past few years, however, the rate of increase is flattening out a bit. Between 2010 and 2016, mobile consumption grew by an average of 44% annually due to the spread of mobile devices. The average media consumption between 2010 and 2016 grew from 411 minutes per person to 456 minutes, which equates to an annual increase of 2%.

As said, now that mobile devices have become the focal point of media consumption, the increase in mobile web consumption is flattening. By way of comparison: in 2015, the growth of mobile Internet use was 43%, 2016 just 25%, and for the current year the experts expect an increase of "only" 17%.

Despite these developments, 69% of the world's media consumption continues to be allotted to traditional media. Zenith’s report states that the world population will spend 316 minutes a day with newspapers, magazines, television, radio, cinema and outdoor advertising this year. TV remains dominant with media consumers sitting 170 minutes a day in front of the TV this year, although the gap between TV and Internet consumption is expected to shrink from 30 minutes this year to just seven minutes in 2019.