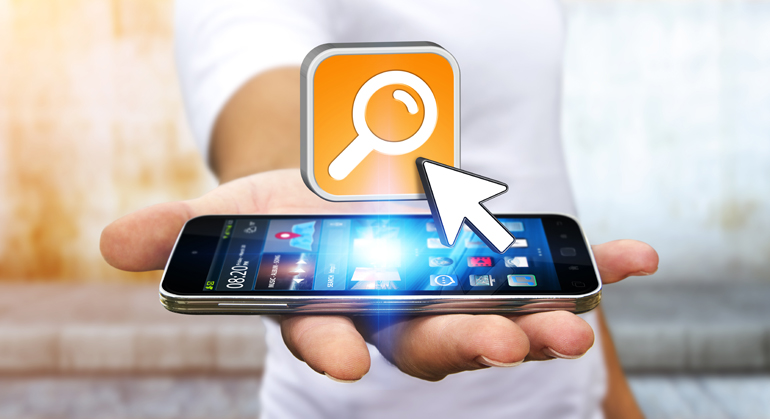 More and more people are using smartphones and tablets to surf the internet, so that mobile search accounts for around half of all search queries by now.

Google responded to this development with two key innovations: On April 21, 2015, Google introduced the suitability of websites for mobile devices as an official ranking criterion. Along with it came the mobile friendly update, which was marked with the prominent slogan "Mobilegeddon". Already one month after the mobile update, some websites lost out significantly in the ranking of mobile SERPs. Exactly one year later, Google adapted the mobile update again, which laid the foundation for the fact that mobile optimization finally became an important ranking factor for websites. Then, in October 2016, the next step followed, when Google defined the mobile index as the primary index for the search engine.

The announcement in the Google Webmaster Central Blog says the following: "Although our search index will continue to be a single index of websites and apps, our algorithms will eventually primarily use the mobile version of a site’s content to rank pages from that site, to understand structured data, and to show snippets from those pages in our results. "(Doantam Phan, Google)

Google stated in its announcement on 15 November 2016 that websites are still crawled if they are only available as a desktop version. Nevertheless, Webmasters should react and align their website mobile.

We recommend the implementation of mobile optimization in responsive design. This technique is also recommended by Google, because only one URL is used for all devices and the website is adapted by CSS to the respective screen size of the output device.

Responsive web design has the advantage that you have to maintain only one CMS and the contents for the mobile version as well as for the desktop version are the same.

Similar to responsive design, only one URL is used in dynamic serving for the mobile view and the desktop version. However, the server delivers customized HTML and CSS code to the user agent. Hence, the difference is that the server issues the source code so that it is tailored to the user agent of the end device.

Some websites use a subdomain or a separate domain for their mobile version. In this case, the administration expense might be higher as two different HTML codes must be maintained.

Anyway, to optimize your website best for mobile output devices, you should avoid the following sources of error that Google’s Product Manager, Doantam Phan, mentioned in his blog, including:

In times of “Mobile-first Indexing”, mobile optimization becomes the central optimization approach for Webmasters, therefore consider that many users will consume your content via a mobile device, when designing your websites. If you avoid common mistakes and take the special features of mobile usage as the basis for website design, you have already created the most important prerequisite for your success in the mobile web.