The power of AR in e-commerce

Especially in entertainment television, sports TV or shopping, consumers are currently very enthusiastic about video-triggered Augmented Reality (AR), a variant of AR, in which the user holds the smartphone or tablet camera on a moving image and is offered information and interaction options at the same time to match what he/she sees.

According to eyecandylab, the company behind the platform augmen.tv, 34% of the participants in their recent US Market Study: The Power of Video Triggered AR, wish to have video-triggered AR applications generally available in all television programs. The study claims further that half of all US consumers already know AR, at least at a rudimentary level. Openness of the consumers for such a technology provides, of course, an enormous potential in e-commerce: viewers can use AR to identify products that can be seen in films or TV programs, find out about them, and buy them immediately.

Eyecandylab explains in its whitepaper what new opportunities AR technology offers to marketers and advertisers:

1. AR massively increases the conversion intent due to the better opportunity of visualizing products. The study shows how important this is: 31.5% of consumers wish to learn more about products that are currently on the screen, and 23% can imagine buying products immediately. AR can score particularly well in both areas of home shopping and e-commerce, making products more tangible. "In this demanding segment, the visualization gives the customer a higher incentive to buy. The results of the market study have shown a willingness to convert by up to 74%", Robin Sho Moser, CEO of eyecandylab, said.

2. Augmented reality not only increases sales of products, the visualization of a product in the customer's environment through AR can also greatly reduce the number of returns. For example, when selling interior or decorative items in home shopping or e-commerce, AR can give viewers and users a better impression of what the items look like in their own home. It’s possible to assess the scale of a product and embed it in the customer's spatial environment. Orders can be avoided for products that users like on the photos, but ultimately do not fit into their own home.

3. Who does not know the feeling of wanting a piece of furniture, a car, or a dress or sunglasses seen in the favorite series or in a movie? However, it is often difficult to find out which brand it is and where to buy this specific product. AR turns films and series into shopping platforms on which products are placed interactively. AR applications enable viewers to access information about the clothing that actors are wearing, furnishings, or technical devices – and can allow making purchases directly while watching TV.

4. It has long been known in e-commerce that product-related content is of fundamental importance. However, even with home shopping, additional information can lead to an increase in conversion. According to eyecandylab’s study, more than half of those interested in buying would use AR functions to get more information about the product and 39% would buy immediately a product that is displayed on the screen via AR. Especially sports television could profit enormously from AR technology: from the sale of merchandise articles to interactive sponsor areas to various advertising formats and live betting, AR applications could be the perfect tool for marketers looking for new monetization opportunities.

5. The playful handling of products with AR also means that the user deliberately deals with them and pays for increased engagement and improved brand awareness. Since AR is basically designed for interaction, product information and advertising messages could bridge commercial breaks during sports broadcasts. With AR, advertisers can increase the chance that viewers actually watch the ad block because they can actively participate, for example through mini-games that are played during the commercial break, or even taking parts in competitions.

The drivers of AR technology, or ‘real game changers’, how IAB is calling them in their playbook “Augmented Reality in Marketing”. has been the launch of AR SDKs by the major technology companies; Apple, Amazon, Snap, Google and Facebook. 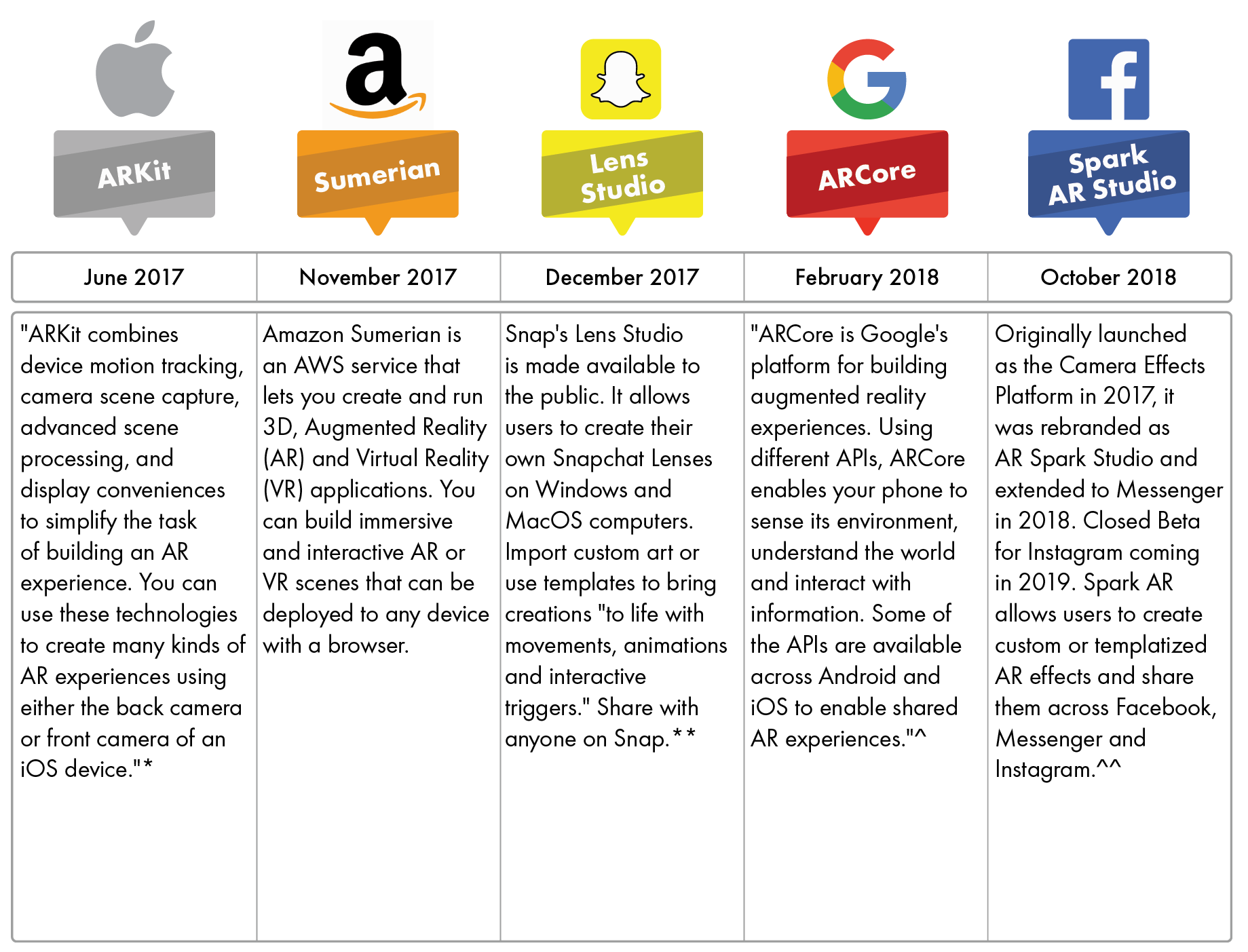 If consumers’ appetite for AR is continuing to grow, prepare to see the technology evolving into one of the major tools and platforms in the tech world.