How companies reach the young and digital Generation Z 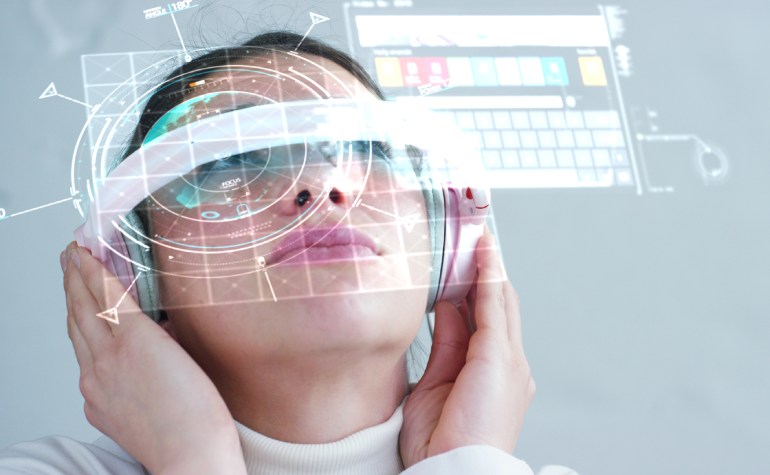 Time and again new age groups keep influencing the market, be it Generation X, Millennials and now Generation Z. With those born between 1996 and 2012, a generation comes to the fore that spends an average of 11 hours a week on cell phones, according to a report from Criteo.

Make it simple and effective

Oliver Kerner, the founder of OK-Training, explains that Gen Z poses a special challenge for companies since the so-called digital natives can hardly imagine a world without smartphones and the Internet, which is why salespeople should know where to find them and rely on a modern sales style. To sell a product or service to Gen Z, entrepreneurs must learn to understand the young target group and find out about their specifics. “As a rule, simple persuasion is no longer enough, because this generation quickly switches off when there is an excess of information,” explains the expert. Neither the detailed company history nor the entire range of services play a role for the Gen, since this group is just looking for the best product for their needs as well as targeted advice—in the shortest possible time. Besides a quick checkout, the process should be above all easy! In times when digital experts dominate the market, modern companies also rely on innovative shopping experiences, such as using voice assistants or the experience of products thanks to virtual reality.

Companies should be aware that in addition to an expressive homepage or an efficient web shop, a presence on social media channels is becoming increasingly important; if they are not represented there, they simply cannot reach the new target group. The platforms with a visual focus such as YouTube, Instagram, Snapchat and TikTok are currently ahead in the ranking of the most-used networks. Facebook and Twitter, on the other hand, are becoming less and less popular with the young target group. "The most important feature of a meaningful website is as usual appealing and high-quality content that is convincing within a few clicks," emphasizes Oliver Kerner. Generation Z informs themselves about products online at any time and from any location and studies their ratings. Good and detailed feedback from customers creates trust and has a positive effect on future purchasing decisions. A homepage and company pages in social networks have therefore increasingly developed into a company’s business card and are now the be-all and end-all of successful sales.

Be honest and truthful but not too transparent

The consumer communications agency DeVries Global gives as well some good advice to brands with the release of its latest study: Decoding The Z Mind in a Post-COVID Singapore.  For this digitally native generation, rampant misinformation and fake news have left them hyper-aware and distrustful of information online. With a growing appetite for authenticity and honesty, it comes with no surprise that a whopping 96% of respondents survey indicated that they are willing to pay a premium for brands they deem transparent. But here comes the twist: You can't be too transparent, especially if your operations do not live up to your communications. This generation is unafraid to speak out and rallies for causes they believe in, the study revealed. In other words, Gen Zs do not hesitate to boycott brands over unethical business practices, false advertising and more. So, it is time for brands to do an internal check-in for hypocrisy before they speak out on issues or make big claims. Otherwise, they run the risk of getting cancelled by the razor-sharp Gen Z.

Truth and authenticity are key

Reviews from other consumers are much more important than recommendations from social media and even friends & family the report revealed. And interestingly, while Gen Z has a global reputation of being possibly the most environmentally conscious generation, it seems that only 7% of Singaporean Gen Zs see environmental impact as an essential factor when making a purchase decision, as compared to other considerations like reviews and price.

Lockdown and social distancing have clearly changed the music industry since more and more artists are trying to entertain people with the help of a digital doppelganger. A growing number of companies is using avatars in marketing now as well due to the obvious benefits. Due to the many restrictions on people's freedom of movement, the screen and the Internet managed to squeeze themselves in between end customers and providers, and this in industries that have so far seemed largely immune to digitization, especially concerts and events. If we thought, nothing could replace the physical encounter between the artist and his audience, we were already proven wrong.

Currently, the most prominent artist who has already proven the opposite is The Weeknd. The singer of the top hit Blinding Lights and halftime act at the Superbowl performed in Tiktok last year. And not as a video, but live. And not him personally, but his digital double. The artist himself performed in front of a green screen in the studio while the audience saw him on a virtual stage. Since the event was live, the audience could interact with the artist and he with them.

Certainly, the avatar of a prominent testimonial can be used if the celebrity personally has no time, is in another location, is ill, or the trip would be too expensive. The big difference to a video greeting is the fact that the avatar can be largely integrated into the scene thanks to the green screen. The avatar appears “free”, without a background or environment, and can therefore be added at will on the computer. In contrast to video and photo shoots, the digitized recording can be fundamentally changed afterwards, just as the respective measure, campaign, or the selected channel need it.

Another form of this "cut out" is used in social media and is the basis for augmented reality. The interaction with the content is created by mixing the video graphed material and the live image from the smartphone camera. If you take this approach one step further, you can integrate any artist, model, or celebrity into ever different scenarios. In such a way that it does not seem like a video would run on the screen in the online game, but as if the protagonists themselves or their deputies were actually "inside".

There are generally two main application scenarios for 3D models: (1) the relocation of the location, out of the studio and into the concert hall (e.g., as a hologram) or into the online game; (2) digitization is the prerequisite for alienation that goes beyond the realistic. The supreme discipline in 3D business is then the next step, namely a universally applicable 3D figure that can be altered completely. It’s kind of a digital barbie doll—even as a video with image, movement, and sound, because that's exactly what the animation world is working on. The animation machines are connected to AI systems that, for example, transfer a written text to the 3D model in such a way that a video is created from it. Critics call this deep fake, and it would probably be wise to label an avatar as such.

One of the most exciting developments in this area comes from Samsung. In 2020, a project called Neon was presented at the CES in Las Vegas. In 2021, Neon will be its own company and its software is already running as a private beta test. There are a handful of ready-made avatars that you can put anything in your mouth. This could be the answers to Frequently Asked Questions, for example. The avatar adds a visual face to the bot.

And if one assumes that dialogue systems and bots are getting better and better, i.e., that machines actually enter into dialogue with people freely, then it becomes clear how logical it is to produce a human or human-like output medium for this—an avatar.

But there is one thing the machine does not take away from the marketer: without a good idea there is no good animation, no matter how good the technology might be.