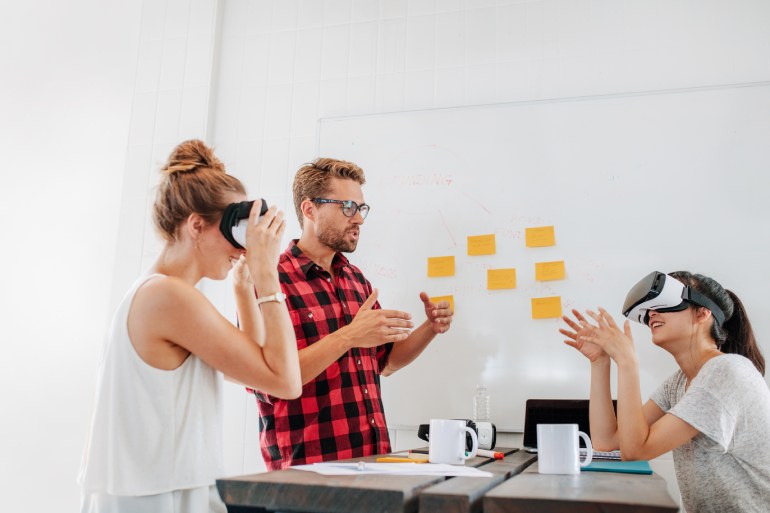 Extended Reality (XR) is an umbrella term used to describe immersive technologies that can merge the physical and virtual worlds. In other words, the term refers to all real-and-virtual combined environments and human-machine interactions generated by computer technology and wearables, where the 'X' represents a variable for any current or future spatial computing technologies.

XR is a rapid growing field being applied in a wide range of ways, such as entertainment, marketing, real-estate, training. and remote work.

It includes representative forms such as Augmented Reality (AR), Mixed Reality (MR) and Virtual Reality (VR) and the areas interpolated among them that range from partially sensory inputs to immersive virtuality.

XR is a superset which includes the entire spectrum from "the complete real" to "the complete virtual" in the concept of reality–virtuality continuum (see below) as introduced by Paul Milgram.

Changes in attitudes towards and the increase in availability of technology and media have changed and progressed the way it is used. One to one (SMS), one to many (email), and many to many (chat rooms), have become ingrained in society.

Still, its connotation lies in the extension of human experiences especially relating to the senses of existence (represented by VR) and the acquisition of cognition (represented by AR). With the continuous development in human–computer interactions, this connotation is still evolving.

Visual Capitalist predicted two years ago that by 2022, the XR market will reach $209 billion and that at least 35% of respondents believe XR will be mainstream by then.