Adobe released its latest Social Intelligence Report recently and the results of the study allow us to draw conclusions on the changes of CPC (cost per click) and CTR (click-through rate) on advertising in social networks like Facebook, Twitter, Tumblr and Co.

Due to the fact that Facebook continues to dominate the social realm, we take a close look at the social media giant besides providing the results of the study briefly. But of course each social site has a unique audience and route that can lead to more loyal fans, brand awareness, and eventual revenue.

Although the results of the current "Social Intelligence Report" are obviously not completely transferable to the Asian market, it is worth to take a look at it if you pursue deeper ambitions in terms of advertising on Facebook as part of your marketing plan. 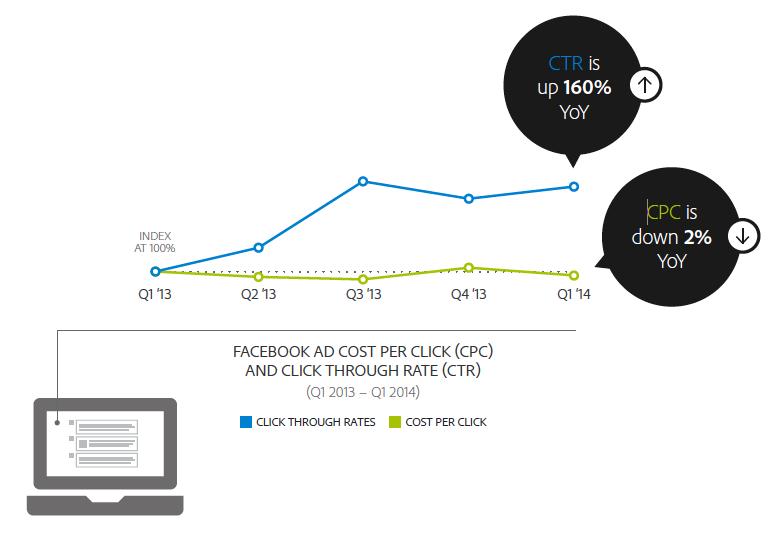 Since the number of clicks, on Facebook advertising increased up to nearly 70%, compared to the same period last year, as a marketer you are, of course, no longer alone out there, as more impressions means more competition.

In fact, Facebook ad impressions were up by 40% which means that companies are challenged to compete and have to come up with good ideas to be able to operate profitably and lucratively with the use of the social media channel. 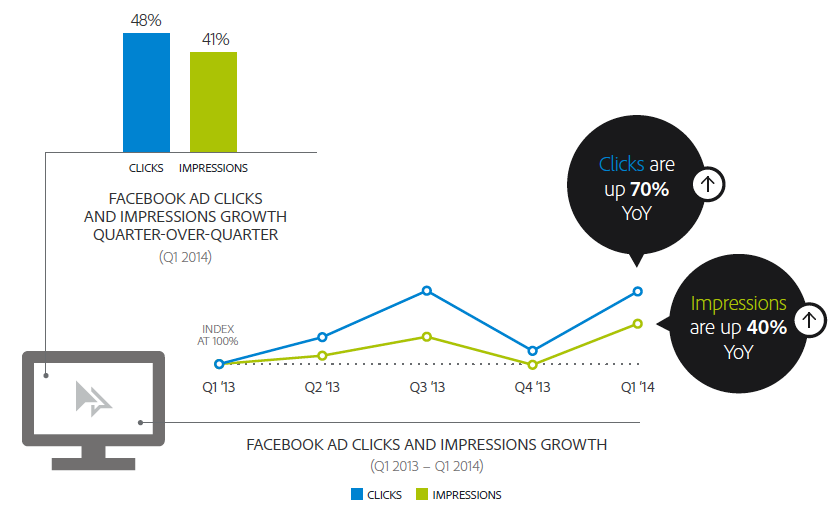 Links and videos both showed strong growth as marketers continue to wage the social battle between engagement and referral traffic. With video engagement up (25%), marketers should consider more video posts. And according to Adobe’s findings, Fridays are a good bet. Consumers are commenting, sharing, and liking comments, likes and shares on posts occur the most on Fridays while Sunday is the least likely day to receive a comment on a post. 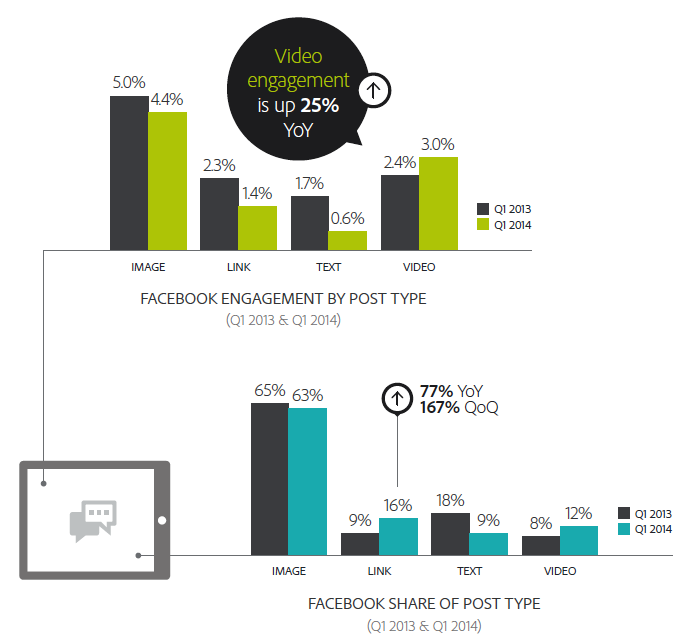 Recent Facebook changes have increased the amount of videos being watched as the findings confirm: Video plays are up 785% year-over-year and 134% quarter-over-quarter after auto-play videos were implemented in Q4. Thus, try to incorporate more video and image related posts to capitalize on the increased social traffic. 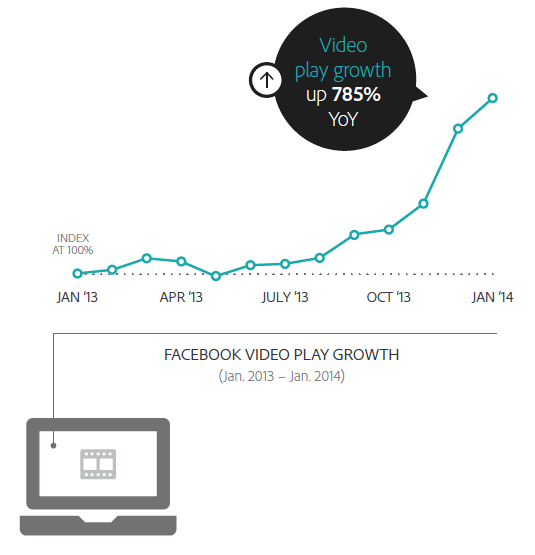 Since images are shared the most and videos are on the upswing, look more intensively for ways of targeted advertising here. It is worthwhile to deal with comprehensive video advertising and possibly to integrate them into your own concept. However, please consider here the recent internal changes of Facebook: Most recently integrated video will be played automatically, which does not appeal to every user and requires careful planning on the part of marketers. Nevertheless, the number of clicked videos could increase by 75% compared to the previous year, proving that this market offers potential and should certainly not be neglected. Knowing your audience and when they are engaging will help you to better create a successful long term social strategy.

The complete Adobe study can we read in detail as pdf or watch the video below: