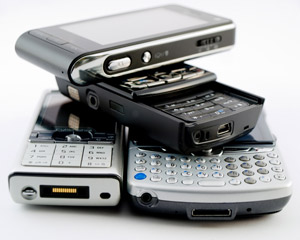 Ovum has identified three potential paths that operators and handset providers could follow.

Path I: supporting operator requirements - In this scenario, the operators control the user interface and pre-install their own value-added services. In return, the handset providers gain commitments to minimum device purchases and the ability to leverage the operators' sales networks. All of China's operators have adopted partnership strategies of this kind for 3G handsets.

Path II: handsets as consumer electronic devices - In this case, handset providers cooperate with content and application providers or partner with vertical Internet portals. This strategy creates differentiation and a selling point for attracting users in targeted segments, as e.g. in the youth segment those who want access to websites on the go.

Path III: handsets as application platforms - Here handset providers act as an enabler, and establish an open platform for third-party developers such as Apple, RIM, and Nokia. However, this strategy can be risky due to conflict with telcos and the fact that all mainland Chinese operators have launched their own application stores, which compete with handset-based offers.

In the 3G era, all operators realize the importance of the handset and have launched significant handset subsidy policies. But with handset providers expanding control of the user interface, it is hard to imagine them reversing this trend.

In contrast, handset providers need to avoid relying too much on operator subsidies and should develop their core competencies to follow the second and third paths.
Handset providers are currently in a stronger long-term position, and operators must use their subsidy strategies to buy time to develop their own content offers and brand recognition. This would be impossible in a smaller market, but the sheer scale of their Chinese customer bases is an asset that few operators enjoy.