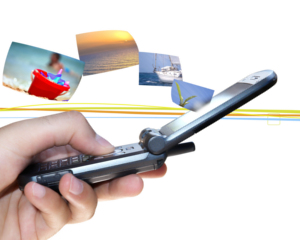 The mobile content and applications market is currently small, but it has significant potential to drive Asia's emerging market operator non-voice revenues and ARPU.

However, only some emerging market operators are yet to give this space the serious attention and resources it requires. So how will this market evolve?

Ovum believes there are six key issues that will shape the future development of the market for mobile content and applications in such markets:

Given the brevity of this article only the first issue will be addressed.

Mobile operators in the value chain

Currently emerging market mobile operators are prevalent in the value chain, dominating content delivery and the user retail environment for purchasing content and applications in the shape of operator portals. Many are now seeking to expand their role into content aggregation, application stores, smart enabler services for developers and other third parties.

Other players besides operators will be seeking an expanded role in the content value chain, but unlike their counterparts in developed markets, operators in emerging markets are typically in a stronger position. This is due to a number of often overlapping factors: There is a higher level of mobile penetration compared to fixed broadband/PC penetration, which contributes to a more mobile operator centric scenario. There is also lower penetration of banking and payment services, which puts greater value on operator billing capabilities. Further expansion of mobile money services is set to strengthen mobile operators' competence in this area.

Operators in emerging markets typically have powerful brands that, outside of the affluent, middle-class segment, have far more resonance with mass-market consumers compared to online players and device vendors. The lack of fixed broadband/PC penetration, particularly in rural areas, means that Google and the like will be little known to most people. Brand status and power is important in the content value chain for building a powerful retail channel, particularly for application stores. It can also play an important role in negotiating content revenue-sharing agreements.
Local content beyond the basics is not abundant in most emerging markets, but mobile operators are nonetheless more adept at providing it than many of their rivals in the content value chain. The international online/mobile content offerings are in English and cater to Western tastes, and it is a similar story for applications found on device vendor stores.

Operators dominate the consumer retail channels for purchasing content in the form of operator portals that typically function on walled-garden principals – a closed model that has almost disappeared in developed markets.

The rise of device vendor application stores in mature markets has been meteoric, and vendors are now setting their sights on emerging markets, with launches planned in India and China. How deeply entrenched they will become in emerging markets, and how they will threaten operators' positions in the value chain remains to be seen.

Ovum doesn't expect device vendor application stores to have the kind of impact in emerging markets that they are currently having in mature markets. This is partly because of the strong position that operators have in emerging markets compared to their developed market counterparts. It is also because device vendor application stores are typically coupled with expensive, mid- to high-end smartphones, which have low penetration in emerging markets and are largely confined to the affluent middle classes. This will not change dramatically in the next five years.
However, device vendors are not confining their content ambitions to application stores. Many have a wider agenda that could have a greater impact on the mass market. Some vendors have very specific initiatives focused on developing countries – for example, the provision of utility applications supported on mass market feature phones such as Nokia Life Tools service, which includes regional market information for popular crops in local languages.

Mobile operators in emerging markets take a higher cut of content and application revenues compared to operators in developed countries. Emerging market operators typically take around a 50% share, with the balance going to content partners although they may receive less if an aggregator/technology is involved. This contrasts the more generous 70:30 split between developers and operators becoming standard in mature markets. The comparatively unfavourable terms for content partners in emerging markets is having a negative effect because it gives them little incentive to produce compelling applications.

However, we do expect the current revenue sharing models to improve in favour of content providers in the medium term, for two reasons. First, operators will have to rely more on data revenues going forward, and will need the support of content partners – unbalanced revenue sharing will be a deterrent in this respect. Second, device vendor application stores are starting to launch in emerging markets and offer a better percentage of revenues to content and application developers. This will have a knock-on effect and, at the very least, operators opening their own stores will have to offer comparable revenue-share agreements or risk seeing developers decamp to device vendor stores.