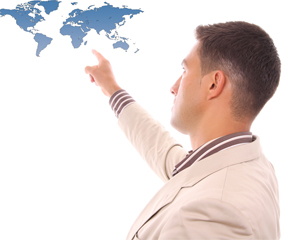 Stories about investigations probing information-sharing by mobile applications that have been illegally obtained or transmitted via smartphones, are being heard more often nowadays.

These probes examine, in general, whether the app makers have fully explained to users the types of data they collect and why they need the information, especially a user's location or a unique identifier for the phone, as collecting such information about a user without proper notice or authorization in general violates the law.

The Wall Street Journal (WSJ) reported, for instance, just a few months ago, that popular applications on iPhone and Android mobile phones transmit information about their users and their locations to outsiders, including advertising networks, as they found when testing 101 apps. According to WSJ, 56 of these apps transmitted the phone's unique device identifier to other companies without users' awareness or consent, and 47 of the apps transmitted the phone's location in some way, while five sent a user's age, gender and other personal details to outsiders. At the time they were tested, 45 apps did not provide privacy policies on their websites or inside the apps.

The WSJ findings are significant because there is the potential for criminal action, but it will definitely intensify concerns over privacy and the widening trade in personal data. Right now, the probes focus on whether app makers violated the Computer Fraud and Abuse Act that was crafted to help prosecute hackers and could be used to argue that app makers "hacked" into users' smart phones.

It is indeed a bit strange that both Apple and Google, which oversee digital stores that offer mobile applications, have been asked to provide information about their applications and app makers, but none of them have responded to requests for comment.

Google recently agreed to strict privacy rules and said it would ask users before sharing data with outsiders as part of a proposed settlement with the FTC, which had claimed it violated user's privacy on its social network, Google Buzz. However, according to comScore, both have previously disclosed that they use location data, in part, to build giant databases of Internet WI-Fi hotspots.

The question here is how to discern between good and evil: Is it simply collecting information to get a better understanding of the users and markets or are we talking about spying attacks, intrusion of privacy and trade in personal data?

Cell phones have many reasons to collect location information, such as helping to provide useful services like local-business lookups and social-networking features, or to improve networks’ ability to route calls more efficiently just to mention a few. Google, for instance, said it uses some of the data to build accurate traffic maps, as the cell phone's location data can provide details about, for instance, how fast traffic is moving along a stretch of highway.

The widespread collection of location information is the latest frontier in the booming market for personal data. Until recently, most data about people's behavior was collected from personal computers, which meant data was generally tied to a city or a post/zip code, but it was tough to be more precise. The rise of Internet-enabled cell phones, however, allows the collection of user data tied with much more precision to specific locations. It is this new form of tracking that raises questions from government officials and privacy advocates who are asking companies why they are storing customer-location data on phones. Raising questions about who has access to what could be sensitive information about the location and movement of a phone user is a sensible precaution.

We all know that discretion is the better part of valor!