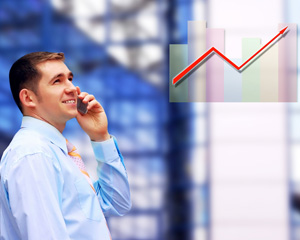 Although this first time survey was already launched three months ago during CommunicAsia 2010, Asian e-Marketing believes it is worth to refer to it again as it indicates a robust outlook for social media use in Singapore.

GetIT Comms and the Singapore infocomm Technology Federation (SiTF) have released information from a jointly-conducted survey that examines how marketers in Singapore use social media. The survey report revealed the changing marketing landscape here and how companies are responding to it.

The key highlight of the survey findings showed that almost half of the respondents saw their marketing budgets increase from the previous year, with the majority of this increase going towards interactive digital media and social media. Another interesting finding was that the three top social media marketing tools are Facebook, LinkedIn and blogs with most companies using these tools to raise awareness of their brand and products.

“As a leading provider of marketing and communications solutions using interactive digital media and social media, GetIT Comms embarked upon this survey to get a better understanding of how companies are using the social media now, as well as their plans for the future. We also wanted to see which tools companies prefer, and how much time they invest in their social marketing efforts,” said Anol Bhattacharya, CEO GetIT Comms.

The key findings of the survey were:

2)    Web presence – The majority of companies (90%) continue to use their web presence primarily as a means to inform and provide information about the company. However, taking a more advanced approach, 71% of the respondents are now using their web presence to generate sales leads.

5)    Social media management – 70% of respondents manage their social media activities in-house, either by their marketing team, IT support team or distributed within the company. Only 12% outsourced their social media marketing to an external agency, with the remaining 18% managing it on an ad hoc manner. This demonstrates that more companies prefer to have a personal and authentic tone of communication, direct from the people who run the business, rather than outsourcing it to a third party.

Invitations to participate in the survey were sent out by both parties - GetIT Comms and SiTF - via emails to their respective members and subscriber databases, as well as being posted on the companies’ websites and on numerous social media sites. 126 participants responded to the survey, which ran for nine days. 80% of the respondents were based in Singapore and 84% of the respondents held marketing roles in their companies, or led their company. This gave additional weight to the findings, and increased the accuracy of the company’s marketing and strategic outlook.

"It is very encouraging to see such a robust and progressive outlook for the marketing sector in Singapore. An exuberant 70% of the respondents said they feel that social media was effective in marketing,” explained Anol. “GetIT Comms believes strongly that social media can be an important marketing channel and that companies can realize more value from their web presence. We plan to do this survey on an annual basis, and hopefully we should see more positive data in the years to come, as more companies see the benefits from social media marketing.”

The complete survey report can be downloaded from www.b2bento.com