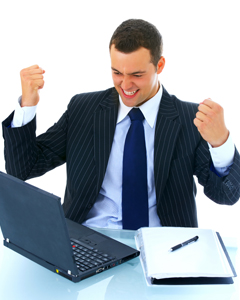 According to Ovum, Asia Pacific continues to be a hotbed for the innovative adoption and use of technology as numerous markets flourish thanks to increasing domestic demand, rapid modernization, and financial strength.

Ovum’s research and advisory services have identified multiple trends that it expects to shape the landscape and direction of IT across the region.

“With increasingly sophisticated IT strategies being developed by companies of all shapes and sizes, fascinating dynamics are continuing to emerge with significant consequences for both those companies investing in IT and those companies providing solutions”, said Adam Jura, Senior Analyst.

As the number and complexity of IT projects within APAC rise, a lack of skills is becoming increasingly evident. This is starting to impact the pace and scope of projects being executed by businesses as they look to improve IT capabilities and drive business value. “Ovum expects technology vendors to invest heavily in efforts to drive educational capabilities that align with the technology they provide”, said Jura, Senior Analyst. “This is expected to include closer partnerships with tertiary education providers, certification programs, and direct educational facilities”. Interestingly, Ovum has started to see an increasing number of global delivery networks focused on ‘follow the skills’ rather than just ‘follow the sun’ leading to pockets of technology specification in locations such as Hyderabad and Manila. IT providers are expected to focus on increasing asset utilization in order to promote overall productivity and reduce the reliance upon labor.

The rise of ‘Optimal Prime’

Ovum has already witnessed the increasing role that ‘prime’ service providers play within enterprises, effectively offering governance capabilities for subsequent technology engagements. “Efforts to improve IT sourcing and strategy risk mitigation will see this trend continue as enterprises look for advice in better aligning their business needs with IT investment in multi-source scenarios”, said Jens Butler, Principal Analyst. “Prime vendors are expected to focus on offering ITIL/ITSM style capabilities to enterprises that are struggling with the rapid pace of change within their IT departments”.

The applications market will continue to grow in APAC in 2011 however Ovum believes enterprises will increasingly look to build composite applications that leverage functionality offered by multiple suites to better support complex business processes. In part this will be driven by budgetary constraints inhibiting investment in new packages while at the same time, the quest for best-of-breed functionality derived from multiple suites will also play a large part.

Risk management will continue to be a major issue for enterprises in 2011 from a number of different perspectives. Geo-political issues such as the potential for conflict in Korea, financial uncertainity in Europe, and the threat of a ‘GFC 2.0’ are all weighing on the minds of enterprises and vendors alike. More focused IT project risk continues to play a role in the region with enterprises increasingly looking to share risk with technology providers – for example basing project success on business outcomes. While the appetite for risk has increased slightly over the course of 2010, it has come with much more defined controls and measures.

Vertical specific projects will drive significant investment in IT across the region creating demand for business-fluent technology vendors. “Projects such as smart grid in the utilities industry, e-health in the healthcare industry, constituent engagement in government, and transportation infrastructure projects will combine to form a significant portion of IT investment across APAC”, added Jura, based in Sydney. Cross-industry solutions such as Cisco’s S+CC will be increasingly demanded as individual industry participants look to recoup significant project costs from other aligned industries.

‘Stack delineation’ is being driven by the drive of vendors into non-traditional markets: telcos into services, hardware and cloud; software providers into hardware and appliances; services vendors into software; hardware vendors into higher margin services provision. There will be a continued blurring of the lines between which elements of the technology stack, technology providers play in. As a result, this will likely affect the choices available to enterprises and create questions about the success such strategies are actually happening. “Critically for APAC, there will be a major impact on the partnership strategies of such mega-vendors which may hinder their appeal in the region – where partnerships are such an essential element”, added Butler.

Ovum expects CIOs to be increasingly accountable for IT and business energy costs in 2011. Critically, the metrics and associated incentives of sustainability will become more sophisticated as organizations improve their visibility into sustainability performance and wider factors such as government pressure continue to take hold.

The continuing consumerization of IT

The ‘iPhone effect’ will continue to gain traction within APAC in 2011 as consumer technology forces its way into organizations and IT departments scramble to react. Consumer technology adoption will force IT departments to move away from the traditional centralized approach of ‘command and control’ to a more flexible architecture that supports a wider variety of non-standard devices. Concerns around securing such technology will continue to permeate the industry with heavily publicized losses of data seemingly inevitable. The spread of social media, mobile devices and what will effectively become an ‘enterprise app store’ will continue to disrupt IT strategies.

Somewhat controversially, Ovum believes that there will be a shift of accountability for security away from IT departments to the business, technology providers, and/or employees with ambiguity inevitable. IT departments will continue to be more reactive than proactive to security particularly in areas like securing end-points. “In that sense, IT departments will increasingly need to be able to live with a degree of uncertainty in their IT security particularly as alternative delivery models such as public cloud computing are adopted with increasing fervor”, advised Adam Jura.

Cloud computing will be inescapable in 2011 as vendors refine and solidify their offerings. A focus on location of data centers providing public cloud offerings will be particularly critical for those vendors targeting government and financial clients. Private clouds will remain the top priority for APAC enterprises in 2011 with more innovative approaches such as hosted private clouds starting to gain momentum. Ovum believes 2011 will start to show ‘break-through’ cloud engagements of significant scale as enterprises better understand the impact it can have on their businesses. “Risk and change management for cloud engagements will continue to be demanded as enterprises make the transition from on-site to cloud solutions”, concluded Butler.