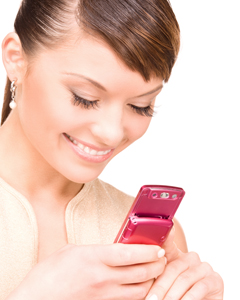 The Israeli start-up do@ has developed an app that browses other apps and their innovation has gained a lot of attention at the IT convention TechCrunch Disrupt in New York, where the company launched its mobile search platform.

Even for established search engines like Google, the search of app-content has been a blank spot until today. Everybody can imagine that it would be helpful for smartphone owners not only to browse mobile websites but also the hundreds of thousands of apps.

The do@ platform changes the traditional search paradigm of web links by merging search and apps in real-time, delivering the top web apps that specifically answer any query a user posts.

Do@ is an open platform, connecting directly to mobile optimized web apps developed by publishers and app developers. Instead of delivering links for each query, do@ returns a series of HTML5 based "web-apps" from top publishers who specialize in the topic of the query. Results from do@ are unique for every user and prioritized based on a user's preference and the preferences of their social networks.

The platform was launched with hundreds of web apps across the top 50 mobile "experience" categories. While do@ can’t browse any native apps as of now, currently only web apps, investors like the approach and have already given US$8.6 million in venture capital. Seven million was provided by Draper Fisher Jurvetson, a five billion dollar venture capitalist from California that has already invested in Skype, Hotmail and Baidu.

Time will tell if do@ will keep up the momentum and live up to its promise, but it is definitely worth watching!