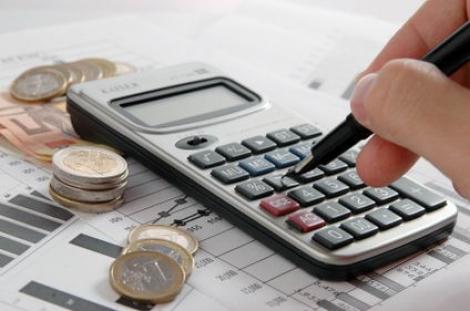 Corporate giants still shape the fortunes of the business video sector according to Interactive Media Strategies that began formally measuring and forecasting market spending patterns in 2006. The company’s 2011 update of forecast for spending on technologies should be interesting for organizations that intend to create, manage and distribute online video in their business communications.

Spurred largely by a significant increase in planned 2011 business video spending among large, overall spending on online business video technologies is expected to grow to more than $2 billion annually by the end of the forecast period in 2015. 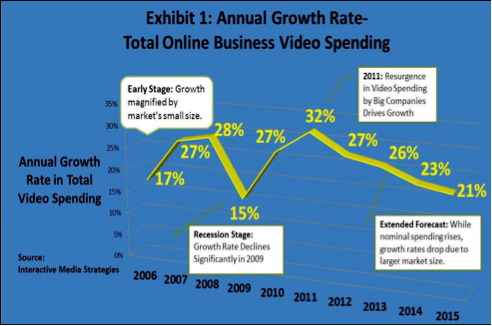 The sector’s growth rate had been battered in 2009 due to the impact of The Great Recession, slowing to 15% in year-over-year expansion before rebounding with a 27% increase in 2010.

Now, the sector is building on that momentum with 2011 revenues expected to grow 32% from prior-year levels. If realized, the 2011 expansion would represent the fastest pace of growth for business video sector revenues since Interactive

While the surge in spending from large organizations propels overall business video spending totals, it also upends some basic assumptions made by Interactive Media Strategies in prior forecasts regarding the nature of business video investment.

In earlier forecasts, Interactive Media Strategies’ projections had emphasized the growing role of Software-as-a-Service (SaaS) solutions as a primary engine for long- term growth in the business video market. While services will largely continue on the same growth trajectory as had been assumed a year ago, their relative importance to fueling the sector’s short-term growth has diminished.

Instead of relying on driving growth only from the services side, the business video sector now is poised to squeeze several extra years of high-powered growth from its long-time bread-and-butter: on-premise solutions. Essentially, big companies are doubling down on their investments in business video in a way that could not have been predicted a year ago, breathing new life and expanded demand into the market for the on-premise solutions favored by large organizations