PHD Singapore has hired Sebastien Lepez as Regional Business Director, who will be working on key accounts across all communications platforms and taking an active role in managing client teams, office operations, team building and mentoring. Sebastien has more than a decade’s experience in the media industry in both regional and local roles. He joins PHD Singapore from Starcom Singapore, where he was the Director, leading a portfolio of local and regional accounts including P and G, Tiger Airways, Bank of America to name a few. Sebastien’s appointment is effective immediately and he will report to Sony Wong.

PHD Thailand has appointed Khun Jerapol Yavapan as Managing Director – a new position within the agency. In his new role, Khun Jerapol will help in driving PHD’s positive growth in 2012 and beyond in Thailand, building on its established business foundation that added over 10 new clients last year including, HTC Mobile, SC Johnson, Hotels.com and Hershey’s.

Khun Jerapol brings with him a wealth of advertising and communications experience spanning 15 years and clients handled by him include Beiersdorf, P and G, Exxon Mobil, Danone, Adidas and Tourism Authority of Thailand. Khun Jerapol joins PHD Thailand from Carat Thailand, where he held the position of Executive Business Director.

He will take on this new responsibility from July 2nd and his appointment concludes an in-depth recruitment process that included a mix of local and overseas candidates. 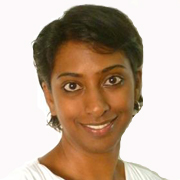 With 10 years of experience in digital marketing, Sanjana Chappalli moves from Ogilvy and Mather Worldwide office in Bangalore. There she played an integral role on the Lenovo account for the EMEA and India markets, working closely with content strategy and mobile application development teams. Prior to this role, she was an Account Director at Leo Burnett Singapore, where she worked with a large regional insurance company on a brand refresh project that extended to both digital and mobile platforms.

In her new role, Sanjana will be based in Singapore and will report to Andy Oliver, senior vice president at LEWIS PR. Her duties include providing senior counsel to clients on digital marketing strategies across online and mobile platforms. 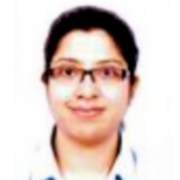 Hita Varma has been appointed as Leader, Asia Pacific for BrandScience - Omnicom Media Group's business and marketing effectiveness division focusing on data and analytical tools. Accountability, transparency, and efficiency of data are three key areas of focus for Brand Science.

An analytical expert, Hita Varma joins BrandScience from AbsolutData Research & Analytics (India), where she was a senior leader. Prior to that, Hita worked with American Express, where she was responsible for developing targeting and response models for credit card campaigns for the Latin American & Canadian markets.

Hita Varma’s appointment is effective with immediately and she is based in Singapore, reporting to Guy Hearn. 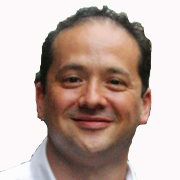 Rice Communications appointed James Brasher as Director and Partner. Brasher will work closely with Rice Communications’ founder and managing partner Sonya Madeira to broaden the firm’s client base in Singapore and regionally. He will oversee business development and be a senior point of contact for Rice’s partners and clients in the region.

Brasher joins from LEWIS Public Relations where he served as managing director for Asia Pacific. Prior to LEWIS, Brasher worked with the Baldwin Boyle Group as a consultant. 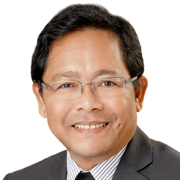 Nic has over two decades of experience in broadcast/cable/mobile media management, sales and marketing, business development, research and business analysis, and public relations. In a career etched with diversity – developing new media products and services, establishing strategic units, guiding brands through critical challenges, leading organizational restructuring efforts – Nic has earned a reputation of being a sharp, strategic thinker and a winning-team builder. Prior to his freelance ventures, Nic assumed the post of Senior Vice President, Integrated Sales & Marketing at ABS–CBN, Philippines for over 8 years, and prior to that heading Research and Business Analysis in the same network. Nic also had successful stints as General Manager of the Pulse Research Group (now Nielsen Philippines) and as an Economist at the University of Asia and the Pacific. Nic’s appointment is effective immediately and he reports to Barry Cupples.

As part of its global expansion strategy and development of its operations in Asia, the global mobile advertising company, Sofialys, acquired the Singapore based start-up Art of Click and announced the appointments of two key staff for Singapore.

Emmanuel Allix has been appointed as Managing Director of Sofialys Asia Pacific and concurrently CEO of ADITIC. Based in Singapore, Emmanuel will lead SOFIALYS business in the region as well as ADITIC globally.  Emmanuel brings to the company an extensive knowledge of the local mobile industry. Previous roles include MD APAC with inMobi, where he was responsible for Asia Pacific business (2009-2010, and leading the GroupM Regional mobile practice (2006-2009) in Asia. Emmanuel is also a current APAC Board Member and Vice-chairman of the Mobile Marketing Association.

Further, Yann Ait Bachir, VP Innovation and Technology, will spearhead the innovation department overlooking all R&D teams including the Paris stronghold. Yann has worked with Sofialys since 2004. 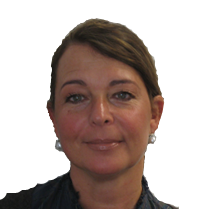 The WORLDCOM Public Relations Group (Worldcom) Partnership announced tthe appointment of its newly elected Global Board of Directors for the 2012-2013 term.

Corinna Voss of HBI Helga Bailey GmbH has been elected Chair of Worldcom Public Relations Group. Newly elected members of the Group Board of Directors include:

Text100 APAC cements its digital leadership within the communications industry as it was named Digital Consultancy of the Year for 2012 by The Holmes Report recently. Text100’s early focus on digital was noted along with the strength of its leadership team, product and service development, and regional campaigns.

Frost and Sullivan honoured and celebrated ICT’s best at the 9th annual Frost and Sullivan Asia Pacific ICT Awards 2012 banquet held at the Shangri-La Hotel, Singapore, this month. The Awards seek to pay tribute to the outstanding performance by companies in the Enterprise, Telecom, and Service Provider segments of the Information, Communication and Technology industry.