Mobile Video is forging its Way thanks to Smartphone Growth 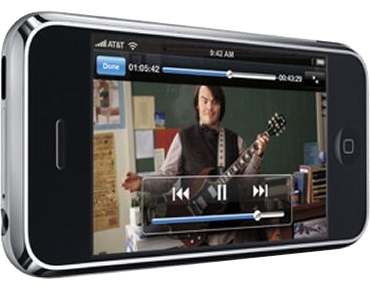 According to a report by mobile advertising and data platform provider Millennial Media, in Q1 2012, 73% of mobile impressions served by Millennial Media were delivered on smartphones, trailed by non-phone connected devices at 20% and feature phones at 7%.

Millennial Media largely attributed smartphone impression growth to consumers upgrading from feature phones to internet-connected devices and that’s most probably really what initiated some change. eMarketer stated as well that smartphones are slowly and surely becoming a larger piece of the mobile device pie, and actually we all realize that all of a sudden, people are carrying wireless devices with displays big enough to enjoy watching video wherever they are, don’t we? Fact is that smartphone prevalence is contributing to the rapid growth of mobile video and Millennial Q1 data confirms that by reporting a 958% year-over-year increase in mobile ad video views on the platform. Developers and brands alike are contributing more video ads and video content, which is a likely reason for the mobile video surge. A good example is Cannes Lions 2012,  which is currently on, and shows how the word was spread and their brand image was further established with videos.

Recent data from the market research firm Strategy Analytics depicts the steep growth of mobile video in the graph below.

Millennial Media also examined the mobile OS mix from Q1 2012, and found out that Android led the mix with 49% of impressions, followed by iOS with 33%. The company assumes that Android has gained market share thanks to its growing position in the tablet and smartphone marketplace, emphasizing that the overall growth of impressions comes from non-phone connected devices such as tablets. Tablet devices are also likely contributors to mobile video advancement and will continue to drive future growth. Still, tablets are just part of the mix. Most probably increases in wireless data rates that make mobile video much easier to watch, as the days of video stuttering and download delays fade into the past.

Let’s see what the expansion of “Long Term Evolution” (LTE) will bring, but it can be expected that it will be a driver of mobile video. And if the capacity is provided, subscribers will find a way to take advantage of the faster speeds. As seen more and more often, as in the case of Cannes Lions, live video is also going to be huge – not just in this case but especially for events like news and sports where viewing it as it happens is important. And since the Olympics are just around the corner, mobile video providers’ dreams could soon come true.

2012 seems to be the year when mobile video will really start to take off, as it seems that it is just a matter of smart device penetration. Besides, there is abundant bandwidth (including Wi-Fi), publishers are committed to mobile, advertisers are following audiences, video platforms are addressing the mobile opportunity – so, video is definitely on track!