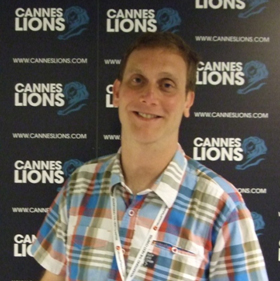 Digital advertising is growing at light speed, encouraging marketers to increasingly make use of it for smart and targeted campaigns. This growing consensus among advertisers proves that the convergence of television and online video is finally approaching a tipping point, and the impact of this shift is working in favour of TURN, a company that is specialized to develop tools to optimally allocate and source ad space, customized to the advertiser’s budget and needs.

Asian e-Marketing had a chance to meet with TURN face to face in Cannes. Standing in for CEO Bill Demas was Tom Hosking, UK Sales Director, a position he took on beginning of last month. He has been in the media marketing field for 15 years for different companies from newspaper ad sales to start ups and all the way to Microsoft, as well as several large British Telcos and has now moved from the buying to the selling side of the industry.

TURN, being an American company based in California, is starting to ramp up its European activities not just in the UK but across all of Europe to further develop their footprint, as there seems to be a lot of excitement about what TURN does and its product offering is sought after.

TURN has been in existence for over 7 years now, having started being a conventional ad network provider, but eventually realizing a few years ago that the value did not really lay in the ad network space but in using data and real-time decision making to make more intelligent buys on advertising time - and this is where Turn is active today.

The key of TURN’s competitive advantage is its cutting edge technology. The company has invested a lot of time and resources, as well as talent and engineering skills, to develop its product. According to Tom, TURN has a huge team of engineers, many at PhD-level which are constantly refining and improving the technology. Today, it is not only about what kind of technology is available, but how scalable it is. TURN is seeing its revenue grow exponentially due to its ability to match customer needs with marketer’s interest. In order to support this, it has to have a growing infrastructure, as well as data warehousing, which is able to scale with the growth of the company. TURN sees itself as handling this development really well. The systems are all based on its own proprietary platform and technology, not using white labelling. Through its custom developed, highly flexible platforms, their offerings can be scaled and tailored on the customers’ demands and budgets.

TURN claims that its platform is currently utilised to manage digital advertising campaigns for over fifty Fortune 200 brands globally, though not going into specifics.

Majority of the demand is generated through brands and managed mostly through agencies. TURN has access to all the large information providers, like media trading group UM and all companies that fall under that like IPG and EGIS, powering their digital marketing revolution.

TURN can access inventory in much more cost efficient ways by connecting into the exchanges in real-time, this way being able to access large amounts of inventory, which before you would not have known how and when to buy.

One of the key challenges for TURN right now is to make sure they can meet the growing demand, by keeping up with getting enough of the right talent. Currently aggressively hiring, TURN has about 175 staff, based mostly in the US. The European operations, mainly sales and support functions, are currently standing at 13 with double of that being projected till the end of the year. UK is the European hub with small sales representations in Germany, Netherlands for Benelux and Norway, as well as in France.

TURN is very much looking into expanding into the Asian market, starting out by setting up a data centre in Hong Kong. Reason for this is its need for proximity to the ad exchanges, which are mostly located there, in order to reduce latency and be able to do the best bids in real time. The European Data centre for example is set up in the Netherlands as the necessary infrastructure is there, though the ad industry itself is focussed in London.

Nowadays inventory is traded like a stock market. The publisher must provide the inventory to an exchange. There, the ad space is offered. The TURN platform makes it possible to decide how much an ad space is worth, be it one cent or ten dollars for an impression, the bidding being done in real time.

To better understand the process: TURN’s product is geared around self-serve. Agencies manage their campaigns themselves by defining an audience. Then they allocate a budget. The platform allows them to find where their audience is and they can bring in their own customer data or use TURNs inventory to send out the campaign, by defining who their audience is. The TURN platform will then look at the available media, like video, mobile, online or social networks to see where that audience is. The campaign is then set up with parameters like timing, day parts, how long the campaign is to run for, etc. Certain goals are then set, like cost per acquisition, clicks, etc. and TURN goes and acquisitions the ad space and monitors how it is performing. TURN has access to over 700 million profiles, each with thousands of attributes.