Vidiator: Global Audience turns away from traditional TV Services in Favour of ‘on the go’ Content 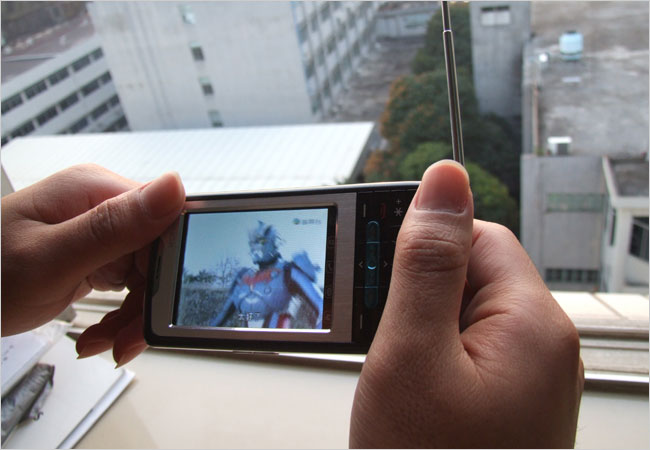 A global survey commissioned by new media delivery specialists Vidiator has found that India is leading the way in monetizing mobile content with 50% of people having paid for mobile video content. This compares to just 26% in the UK and 47% in Malaysia. However over two thirds of people would be willing to pay for content – but only if service providers can address some major quality of experience challenges.

The survey of 1500 people across the UK, India and Malaysia, found that people’s current experience of watching mobile video content on portable devices is blighted by problems including poor quality image and slow and inconsistent load times. The good news for content providers and mobile operators is that, while not many people are currently paying for video, the majority would, if the service on offer was good enough.

The survey, found that while mobile video is a popular format, people are frustrated by poor quality content that takes too long to load. This new media revolution is being driven by the consumers and the biggest problem - slow load time of content and buffering. Over 50% of people in the UK, 68% in India and a massive 89% of people in Malaysia are dissatisfied with the time it takes video to load.

Poor picture and sound quality was another big complaint, with 61% of Malaysian consumers saying that videos are often not good enough, this compares to 33% in India but just 19% of UK people. Those in the UK instead complain of interruptions to playback spoiling their video experience, something suffered by 41% of subscribers.

“Video consumption on tablets and mobiles is widely expected to double in the first six months of 2012. These results confirm that there is clearly a big global appetite for good quality mobile video content and that people are prepared to pay for it,” said Tae Sung Park, CEO, Vidiator. “Poor quality content and slow delivery is putting people off using video more often and the results show that operators aren’t yet making the most of the huge mobile video opportunity. Content providers are facing a big challenge of how to monetize video and these results show what they need to do – deliver good quality content and do it quickly.”

Vidiator’s research clearly highlights the business case for mobile operators, broadcasters and content owners to tap into the growing global audience that is turning away from traditional TV services in favour of ‘on the go’ content. This is also supported by Deloitte in its latest Technology, Media & Telecommunications Predictions 2012, that predicted full-screen smartphone owners and tablet owners will likely use their devices to catch up on five billion hours of TV while commuting on public transportation. This assumes an installed base of at least 400 million full-screen, high-end smartphones and over 100 million tablets at mid-year, and once weekly usage.

Vidiator is right now showcasing its solutions and services at CommunicAsia 2012 where Asian e-Marketing got a chance to interview the company’s CEO, Mr Tae Sung Park. The company’s Xenon platform empowers operators and media companies to go live with new Over-The-Top and mobile TV or VOD services that lead the industry in fast Time-To-Market and low Total Cost of Ownership. Its market leading Xenon encoding and streaming solutions that provides highest quality streaming on mobile devices for mobile video experiences is showcased at Vidiator’s booth.

Consumers today want ‘everything, everywhere,’ with content accessible on all of their devices whether that’s a laptop, tablet or smartphone, and they want access to that content wherever they happen to be. Vidiator urges operators to stop wasting money on multi-million STB rollouts and focus on mobile apps and content, instead, stating:  “Operators need to act quickly to re-think their set-top box strategies and consider new media software-based solutions that will provide a better and quicker ROI, and give consumers what they want.” (Source: Vidiator)