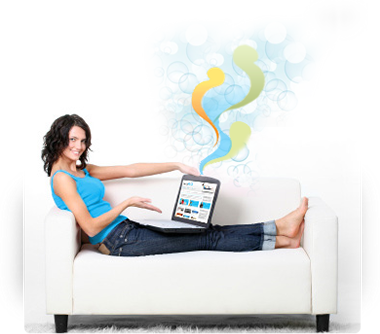 According to the IAB, the following updated guidelines embrace and foster creativity in ways as never before and hopefully encourage a new generation of rich interactivity and “sticky” consumer experiences.

Balancing the requirements of advertisers and publishers - while ensuring that the consumer experience remains positive - were considerations that heavily influenced these guidelines.

An IAB study showed the effects of ad load performance on consumer behavior, based on real research surrounding page abandonment and other effects of compromised page load performance. With the concrete rationalization that consumers visit websites primarily to consume site content, it was decided that initial file load sizes be constrained across the board. However, to compensate for the trend towards more rich media, two additional categories for file size loading were added: subsequent polite load and subsequent user-initiated load.

In creating the new categories for subsequent file loads, creative limitations are lifted once a user indicates their intent to engage with an ad (i.e. after a click or mouse-over). In adopting these new specs, creative shops should design ads that progressively load content in reaction to a user’s engagement with the ad. The good news is that almost all publishers agree, once the user has shown their intent to engage with an ad, the page experience should yield to the ad’s requirements for additional file weight to satisfy creative demands.

Ads that use too much of a consumer’s processing power, load slower. Accordingly, limits on the percentage of CPU usage were introduced in this update to the guidelines. Users’ computers are limited in how much processing power is available for loading webpage elements and ads. The diversity of computers currently in use complicates the identification of a common CPU percentage across the industry and as such creative designers should consult individual publishers about benchmark testing requirements based on the attributes of their unique audience.

Frame rate Increase from 18 to 24-fps

The previous guideline for “Maximum Animation Frame Rate” was 18 frames-per-second (fps). While some in the industry argued for an increase to 30-fps, several research studies were presented to the working group that showed a significant increase in CPU usage when loading a file at 30-fps. Conversely, the increase from 18-fps to 24-fps was nominal. Another research study presented to the working group noted that for small-scale video playback (i.e. video played in a display ad on a computer screen), the human eye can’t distinguish a quality difference between video played at 24-fps vs. 30-fps.

The previous guideline for “Maximum Video Length” for Rich Media Units was set at 15-seconds. In order to better facilitate the transition of television commercial content online, it was decided to increase this maximum to 30-seconds.

In this update, the previous guideline for “Animation Length” was divided into two sub-categories in order to help highlight the distinction between non-video animation (i.e. Flash™ effects) and video (moving picture images). Traditional non-video animation often uses a different technology than video and these updated guidelines now allow for different display lengths for each.

The Z-index represents layers of elements on a webpage. When ad elements and other page elements are layered incorrectly, proper display of either page content or ad content (or both) may be compromised. The accidental “collision” of competing elements on a webpage that share the same Z-index value leads to a poor consumer experience, in the form of distorted or mangled images and text. Accordingly, the establishment of an industry accepted Z-index hierarchy and associated numerical range is crucial to solving the occurrence of collisions. Since adoption of these new Z-index guidelines by all publishers will take time, creative designers are advised to consult directly with publishers for their individual Z-index guidelines.

In order to ensure timely and smooth campaign launches, this new guideline was added to allow publishers the minimum time required to test ad creative on their webpages prior to campaigns going live. Time, money and even user engagement can be lost when an ad doesn’t display properly on a webpage at the start of a campaign. Minimum submission lead times recommended in this document are an important step to improving the process for releasing a quality ad experience on publisher’s webpages. Advertisers, creative designers and media agencies are strongly advised to consult directly with publishers for their individual submission lead-times.

Prior to the wide adoption of devices like the iPhone and iPad, Flash formatted creative was widely accepted and easily displayed across the industry. In today’s market, adjustments have to be made to accommodate ads across multiple display devices. HTML5 has provided one solution, but is not yet widely adopted and requires different creative specifications than Flash formatted creative. Requests were made to call out a separate category of creative specs to accommodate HTML5 ads, but for this release of creative guidelines, it was decided to keep the specs “technology neutral.” An addendum for HTML5 for display advertising best practices is currently being pursued.

Please consider that these IAB guidelines are just an industry recommendation and are probably often modified according to specific requirements. Marketers, creative designers and media agencies are strongly advised to consult directly with publishers in order to obtain their exact creative specifications.