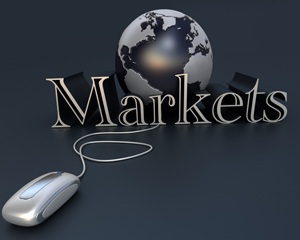 Consumers remain distracted by inflation and competing product categories like Media Tablets. Fortunately, countries like Indonesia and Korea were stronger than expected, but the weight of China and India kept the whole region from exceeding IDC's forecasts.

"Inflation and other competing consumer devices are not the only reasons weakening PC market growth, as supply chain risks due to the recent earthquake in Japan also add uncertainty to the market," said Bryan Ma, Associate Vice President for Client Devices Research at IDC Asia Pacific. "Still, commercial spending is expected to improve later this year to help keep the region moving to around 10% growth in 2011", he added.

Despite the Lunar New Year slowdown in its home market of China, Lenovo remained the top vendor in the region, with its market share higher than the same period one year ago.

HP was down in unit terms compared to its performance last year, but at least it finally managed to arrest its share losses through a recovery in countries like China.

Dell's regional share rebounded from last quarter with strong performances in both China and India markets.

ASUS too, was able to gain ground through on-going channel expansion to lower tier cities in China. 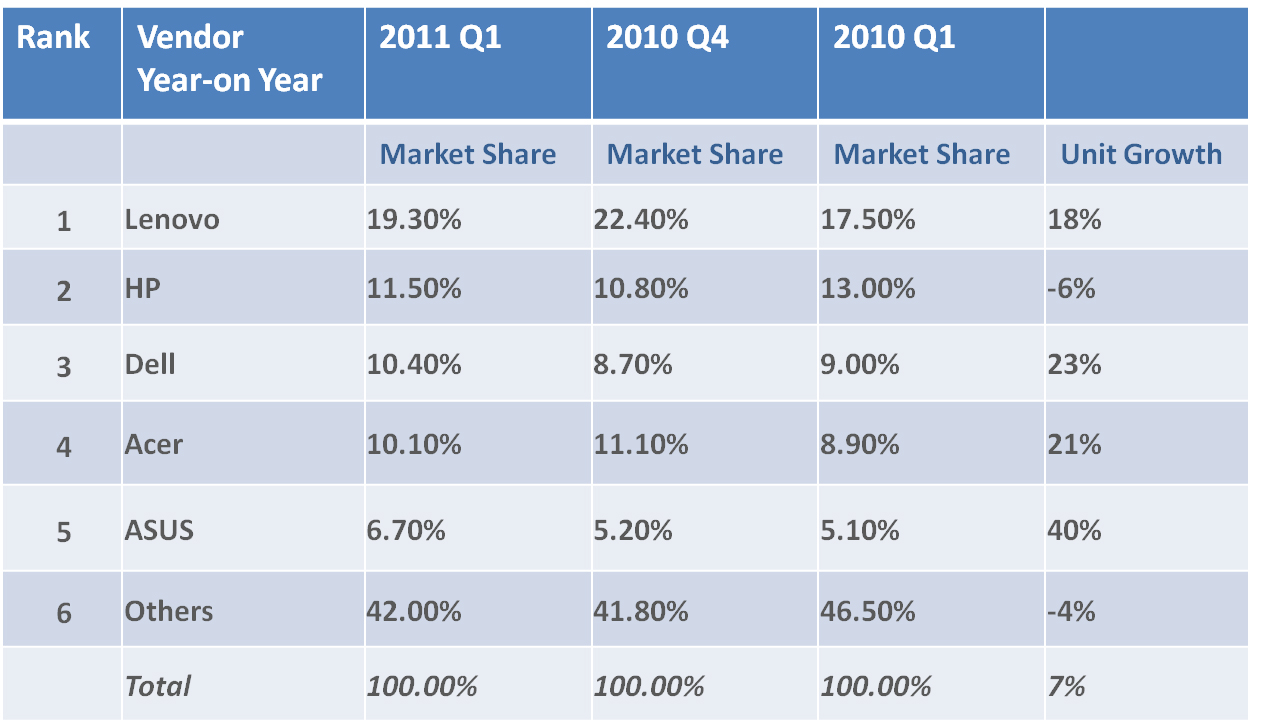 Note: Founder's shipments are included under Acer from 2010 Q4 onwards.