Android to Drive Doubling of Smartphone Market by 2016 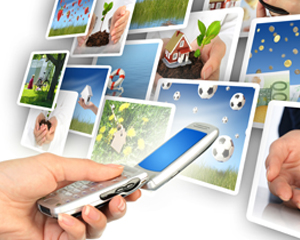 The Asia Pacific smartphone market will double in size by 2016 to hit shipments of 200 million, predicts Ovum in a new forecast.

Globally, it will hit 653 million shipments, accounting for some 30% of shipments derived from the Asia Pacific market. Android will drive the growth and will emerge as the dominant platform, dramatically outperforming Apple with a massive 20 percent lead on market share, finds the independent telecoms analyst.

Ovum principal analyst Adam Leach predicts that smartphones will grow at a compound annual growth rate of 12.5 percent between 2010 and 2016 and will account for approximately 32 percent of the mobile phone market in Asia Pacific alone, saying: “The smartphone market will see significant growth over the next five years, once again outperforming the wider mobile phone market. We will see dramatic shifts in dominance for smartphone software platforms, with Android storming into the lead with 38 percent market share, compared to Apple iOS’ 19 percent, by 2016 in Asia Pacific alone”.

Leach continues: “The success of the Android platform is being driven by the sheer number of hardware vendors supporting it at both the high and low ends of the market.”

According to Ovum’s forecast, just behind Apple iOS will be Windows Phone, with 22 percent market share by 2016, followed by BlackBerry OS, with nine percent.

According to Leach, Ovum expects at least one other platform to achieve mainstream success within the forecast period. This could be an existing player in the market such as Bada, WebOS, or MeeGo, or it could be a new entrant to the market place.

He believes further that the partnership between Nokia and Microsoft has redrawn the smartphone market and will result in a significant reduction in shipments of Symbian-based handsets as Nokia transitions to Windows Phone as its primary smartphone platform. However, Nokia still expects to ship 76 million Symbian-based handsets so there will be shipments beyond 2012 and in some regions into 2016.

Leach continued: “For Microsoft the deal provides a committed handset partner that has the potential to make Windows Phone a mainstream smartphone platform. The risk to Microsoft is that other handset makers may choose not to compete with Nokia and may turn their backs on Windows Phone.” 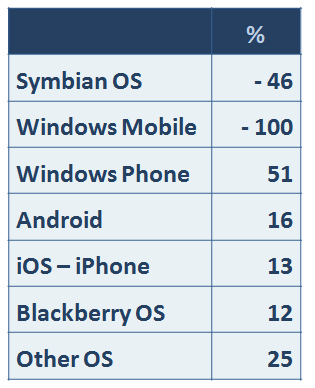