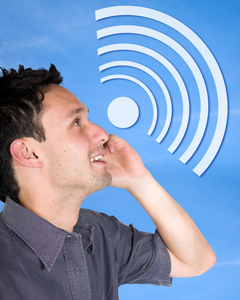 One of the most important developments in mobile social networking is the emergence of location-based “check-in” services of the type championed by Foursquare and quickly being copied by rivals like Facebook, according to Ovum’s new research report Mobile Social Networking: Services and Monetization.

“Check-in” services have the potential to drive revenues for social networks and this is creating a lot of excitement. But Ovum warns that the buzz is tipping into hype and creating a bandwagon effect that could undermine check-in services before they have had a chance to really take off.

Location-based check-in services use promotions as incentives to drive consumers to a bricks and mortar store in their vicinity where they can collect a reward or redeem discounts and special offers – a winning scenario for advertisers and consumers. “What is so appealing about this concept is that it mixes social networking and advertising in a proposition where the value benefit is obvious to consumers.” says Eden Zoller, principal analyst with Ovum’s consumer practice and author of the report. “It also uses location technology in a way that is simple, intuitive and of course social.”

The model adopted by Foursquare and others also has affinities with the one used so successfully by online social commerce provider Groupon, and this is no doubt contributing to the excitement. “We are witnessing a mobile social commerce gold rush but many of the companies coming to the market are doing so with ‘me too’ propositions. The wide availability of such undifferentiated services and growing competition could create fall-out”, advises Zoller.

Foursquare is the poster boy for mobile location-based check-in services, but it is not the only one and is being joined by a growing number of players, including Facebook with its Facebook Deals service.

“Facebook’s entry into the market is significant as it has the scale and influence that could make the concept mainstream,” observes Zoller. “When Facebook introduces new features its members take note and try them”, concludes Zoller.