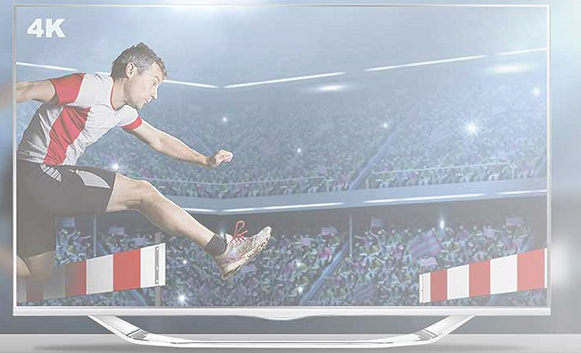 A new global survey from Irdeto, the world leader in digital platform security, and global analyst firm SNL Kagan, an offering of S&P Global Market Intelligence, found that video service providers, including pay TV and Over-The-Top (OTT) operators, and content producers around the world believe that one of the key drivers for operators’ implementation of 4K ultra high definition (UHD) is the expectation that consumers will pay more for premium 4K UHD content.

The survey results, which include nearly 500 video service providers and content producers, indicate that respondents view 4K UHD content as a competitive advantage and are eager to roll out this premium content as early as possible to maintain their position as the provider of choice for consumers. Eighty-eight percent of total respondents say they will launch 4K UHD content by 2020, with 78% saying they will have launched content by 2018 in anticipation of the expected adoption rates by consumers. In addition, 57% of respondents indicated that a key business driver for 4K is to retain ownership of the home platform.

As expected, premium content such as live sports and early release movies are believed to be what will drive the most 4K consumption. The survey found that 65% of both video service providers and content producers expect that live sports will be the most popular 4K UHD content among consumers, while 59% of respondents ranked early release movies as the highest 4K content consumption driver.

Regarding the devices that will drive the adoption of 4K content, 70% of video service providers and content producers say that 4K TVs/Connected TVs will be the primary devices. However, device capabilities and available bandwidth to deliver 4K UHD content are two major concerns for respondents. Sixty-one percent rated available bandwidth as potentially having a high impact on a successful rollout of 4K UHD content.

“4K UHD content brings new opportunities for video service providers and content producers along with a number of challenges associated with costs, compatibility and security,” said Godert Burghard, Vice President of Global Marketing, Irdeto. “The industry also faces an ongoing problem of piracy, and 4K UHD is the next logical type of content that criminals will aim to steal. As our survey points out, pay TV operators and content producers expect 4K UHD content to be a key revenue driver in the coming years. As a result, it will be important to combat these challenges by implementing a proper 4K UHD security strategy that is compliant with MovieLabs’ Enhanced Content Protection requirements.”

With the anticipation that consumers will be willing to pay extra for access to 4K UHD content, protecting that content from piracy is critical. For pay TV operators, Internet piracy detection services (53%), content protection (51%) and Internet piracy analytics (50%) were rated the most effective. Implementing a proper 4K UHD security strategy to ensure that this premium content remains secure will be important for pay TV operators and content producers to maintain a competitive advantage over those not offering 4K UHD content.

To read the full report on the survey findings, please visit: http://forms2.irdeto.com/2016-global-4k-uhd-industry-survey