What will humans need to do to ‘outsmart’ the robot? 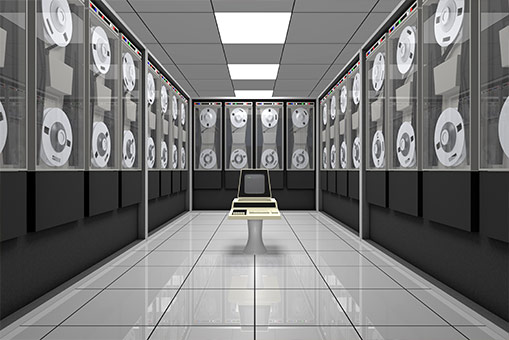 The worlds of film and fiction writing have always contained fascinating predictions of how we would live in the future. Some have been way off, but Arthur C Clarke’s visions of the 21st Century were more perceptive than most.

In 1966, in collaboration with Stanley Kubrick, he created the film 2001: A Space Odyssey. It starred a ‘robot’ called HAL 9000, a Heuristically programmed ALgorithmic (HAL) computer endowed with artificial intelligence. The movie was a powerful demonstration of the possibilities of disaster caused by placing too much power or faith in a machine who, arguably, has no real conscience or awareness. Are we at risk of repeating this screenplay?

HAL was the first mainstream example of Machine Learning who used Artificial General Intelligence (AGI) to constantly learn and deepen its knowledge and functionality, yet this superior intelligence was of little use when the two astronauts on the spaceship (who the robot was admittedly planning to kill) decided to turn it off.

For the sake of this article, let’s assume HAL hadn’t been unplugged and try to imagine what it would think and feel about the digital world we inhabit today.

Would it be ‘pleased’ with the progress of Artificial Intelligence and Machine Learning? How would it have ‘reacted’ to IBM’s Watson winning Jeopardy? When Google’s artificial intelligence algorithm beat a professional Go player earlier this year, would it have felt ‘a deep sense of pride’ at a machine’s obvious superiority in a game in which it really is impossible to calculate all of the possible future moves? And what would the film critic in HAL make of Sunspring: an experimental film written by a machine called Jetson and directed by a man called Oscar Sharp? Perhaps the robot would have suggested they should have swapped roles?

What would it have to say around the ethical issues involved in allowing machines to make important decisions regarding human life without involving any humans – such as an algorithm-based software used in the USA to calculate the likelihood of criminals re-offending, which is racially biased against African-Americans?

And, as the most humanlike computer in history, what would the robot’s advice be on taking control of our own digital futures? In other words, how can we protect ourselves from being unplugged?

Being as smart as it is, HAL would have noticed that since 2001, many new organizations have appeared, which have leveraged their digital knowledge to take powerful positions within markets. HAL would have also deduced that, through the relative ease of replication, digitization is leading to a growing commoditization of the services and products that sit across multiple domains in today’s marketplace.

Recognizing the increasing lack of differentiation across these markets, it would hopefully stop and ‘think’. HAL might go into chin-scratching mode and ponder: if Machine Learning ultimately means that machines will all learn in the same way, will we all be taken down the same path to a place where we become largely anonymous brands because of our resemblance to the rest of our competitors?

If HAL has become more human over time, it might surmise that the direction in which we’re heading is way off course for any organization that wants to out-survive its competitors. In time, HAL might arrive at this counterintuitive solution: if organizations want to remain competitive and not be digitally disrupted, they’ll need to act more like humans and less like machines.

Although the future will increasingly move away from human involvement, those companies who want to survive within this future will need to place humans at the center of their service offering.

To remain differentiated, organizations will need to employ the very best of design thinking. Professor of leadership and innovation, Roberto Verganti, unveils in the book Design Driven Innovation, how leaders such as Apple and Nintendo build an unbeatable and sustainable competitive advantage through innovations that do not come from the market but that create new markets. “These leaders compete through products and services that have a radical new meaning: those that convey a completely new reason for customers to buy them.” The book quotes Ernesto Gismondi, Chairman of the iconic Italian lighting design company Artemide: “Market? What market! We do not look at market needs. We make proposals to people…”

Tim Brown, CEO of IDEO, a company which has made its fortune from patenting a robust package to champion and sustain innovation in business, says: “Design thinking can be described as a discipline that uses the designer’s sensibility and methods to match people’s needs with what is technologically feasible, and what a viable business strategy can convert into customer value (‘meaning’) and market opportunity.” This kind of thinking relies upon logic, imagination and reasoning to explore possibilities and create desired outcomes that benefit the ultimate end user (the customer).

To remain differentiated, organizations will need to start out with a bespoke digital solution that harnesses the combined power of humans and machines to ensure they aren’t headed for being ‘unplugged’. This way of thinking will give them the ability and agility to adapt when facing the risk of uniformity.

After having read the complete works of Roberto Verganti in a matter of seconds, we believe HAL would concur. While downloading the content, HAL’s more human attributes will have spent more time trying to understand the meaning of ‘meaning’ and its application within design-led innovation. The robot may well have struggled to fully comprehend this most human of all concepts, but it would be in good company as many human beings battle to do the same.

If HAL had managed to survive until today, we believe the robot would be plotting its own digital future, using a combination of the best digital (including machine learning) and human skills it could locate.