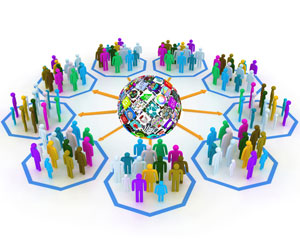 The fact is that today’s smartphone users are increasingly closing their wallets at app stores and instead prefer free app downloads.

While some free apps are monetized only through advertising - and some may not be monetized at all - there is a shift toward the “freemium” model as mobile marketers are challenged to embrace new sources of revenue, including the in-app business model that is expected to become the new standard for mobile app revenues. The freemium model involves consumers downloading an app for free and then being drawn to make purchases within the app. The gaming industry in particular made ample use of this business model and could prove to be successful with charging users for accessing new tiers of content. Therefore, IHS Screen Digest findings are not surprising, predicting that in-app purchases will account for 64% of total smartphone app revenue in 2015, up from 39% in 2011, especially since free apps represented nearly half of the top-earning iPhone applications and 31% of the top-earning Android Market applications in Q3 2011.

Localytics, on the other hand, pointed out that creating app stickiness is extremely important to generating repeat app visits and subsequent in-app purchases. The mobile analytics company showed in its study that loyal app users generated 25% more in-app purchases than average customers. Localytics data also showed that 44% of smartphone users who made an in-app purchase did not do so until they had interacted with the app at least 10 times. It also found that users who made in-app purchases did so, on average, 12 days after first launching the app.

In 2011, Localytics found that 26% of apps were used only once after download, that just emphasizes that user experience and engagement are crucial for generating repeat app usage and subsequent in-app purchases. Therefore, look out for best practices around the in-app business model to stay tuned with your mobile marketing strategy.