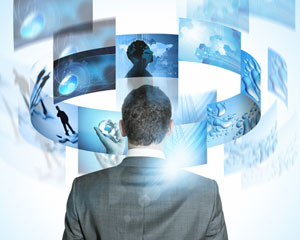 The Mobile Marketing Association (MMA), the leading global trade association for the mobile industry, released an updated version of the MMA Universal Mobile Ad Package. Created by MMA members, with added input from the industry gathered during a public comment period, the new 2.0 version makes it easier to create, buy and sell mobile ads for smartphones, feature phones and tablets.

"We've taken 60-plus ad unit sizes and streamlined them down to just six. That simplicity frees brands and agencies to focus on developing innovative, compelling mobile campaigns that span the widest possible variety of devices and demographics," said MMA Global CEO Greg Stuart. "As a result, the new guidelines make it easier than ever to buy and sell ads for phones and tablets."

The finalized version of the MMA Universal Mobile Ad Package v.2.0 incorporates input from the industry gathered during a 30-day public comment period that concluded in mid-January 2012. Ad networks and publishers now have until 30 April 2012 to become compliant. At that time, the MMA will promote those companies by issuing MMA Universal Mobile Ad Package Compliance stamps that members can use on their websites and marketing materials.

To create the Universal Mobile Ad Package v.2.0, the MMA, with support from ImServices Group, analyzed hundreds of billions of mobile ad impressions delivered across the global mobile advertising marketplace in 2Q 2011. The data - sorted by smart phone and feature phone, networks and publishers, including mobile Web and app - helped determine the six unit sizes that serve as the standard Mobile Universal Ad Package v.2.0. The final standards, which are supported by the Newspaper Association of America, the Interactive Advertising Bureau and the 4A's, mark a true collaboration between the sales side, including networks, rich media vendors and publishers, and the buy side at global ad agencies.

Attention all readers:
MMA Forum Singapore 2012: Smarter Tomorrow, 23-25 April 2012, Grand Hyatt Singapore. The Forum will bring together the world's mobile leaders who are focused on building smarter campaigns that lead to smarter branding, smart sales and ultimately a smarter tomorrow. Sign up today at [http://mmaglobal.com/events/forums/singapore2012/overview] and qualified brands can apply for a complimentary pass.