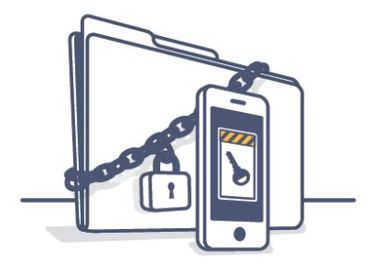 In 2014, McAfee Labs expects to see the rapidly growing mobile platform draw the lion’s share of threat innovation. Ransomware is expected to proliferate on mobile devices, as virtual currencies such as Bitcoin fuel the growth of ransomware across all platforms. Ransomware comprises a class of malware which restricts access to the computer system that it infects, and demands a ransom paid to the creator of the malware in order for the restriction to be removed.

According to McAfee Labs, attacks using advanced evasion techniques will come of age, with enhanced capabilities to identify and bypass some sandboxing and other local security measures. Further, social platforms will be used more aggressively to target the finances and personal information of consumers, and the intellectual property and trade secrets of business leaders.

“With target audiences so large, financing mechanisms so convenient, and cyber-talent so accessible, robust innovation in criminal technology and tactics will continue its surge forward in 2014,” said Vincent Weafer, senior vice president of McAfee Labs. “The activity in mobile and social is representative of an increasing ‘black hat’ focus on the fastest growing and most digitally active consumer audiences, in which personal information is almost as attractive as banking passwords. The emergence and evolution of advanced evasion techniques represents a new enterprise security battlefront, where the hacker’s deep knowledge of architectures and common security tactics enable attacks that are very hard to uncover.”

1. Mobile malware will be the driver of growth in both technical innovation and the volume of attacks in the overall malware “market” in 2014. In the second half of 2013, new PC malware growth was nearly flat, while appearances of new Android samples grew by 33%. With businesses and consumers continuing their shift to mobile, McAfee expect to see ransomware aimed at mobile devices, attacks targeting near-field communications vulnerabilities, and attacks that corrupt valid apps to expropriate data without being detected.

2. Virtual currencies will fuel malicious ransomware attacks around the world. Although largely a positive development, virtual currencies provide cybercriminals the unregulated and anonymous payment infrastructure they need to collect money from their victims. Currencies such as Bitcoin will enable and accelerate new generations of ransomware such as the Cryptolocker threat of 2013. Distributed either as an attachment to a malicious email or as a drive-by download, CryptoLocker first attempts to connect to a command-and-control server, after which it generates a 2048-bit RSA public and private key pair, and uploads the key to the server. The malware then attempts to encrypt data on any local or network storage drive that the user can access using a 2048-bit RSA key, targeting files matching a whitelist of file extensions. While the public key is stored on the computer, the private key is stored on the command-and-control server; CryptoLocker demands a payment with either a MoneyPak card or Bitcoin to recover the key and begin decrypting files, and threatens to delete the private key if a payment is not received within 3 days.

3. In the spy vs. spy world of cybercrime and cyber warfare, criminal gangs and state actors will deploy new stealth attacks that will be harder than ever to identify and stop. There will be broad adoption of advanced evasion techniques, such as the use of sandbox-aware attacks that do not fully deploy unless they believe they are running directly on an unprotected device. Other attack technologies will include return-oriented programming attacks that cause legitimate applications to behave in malicious ways, self-deleting malware that covers its tracks after subverting a target, and advanced attacks on dedicated industrial control systems targeting public and private infrastructure.

4. “Social attacks” will be ubiquitous by the end of 2014. McAfee expect to see more attacks that leverage social platform features to capture passwords or data about user contacts, location, or business activities. Such information can be used to target advertising or perpetrate virtual or real-world crimes. Either directly or through third parties, enterprises will increasingly use “reconnaissance attacks” to capture valuable user and organizational information to gain tactical and strategic advantages.

5. New PC and server attacks will target vulnerabilities above and below the operating system. In 2014, new PC attacks will exploit application vulnerabilities in HTML5, which allows websites to come alive with interaction, personalization, and rich capabilities for programmers. On the mobile platform, we expect to see attacks that will breach the browser’s “sandbox” and give attackers direct access to the device and its services. And cybercriminals will increasingly target vulnerabilities below the operating system in the storage stack and even the BIOS.

6. The evolving threat landscape will dictate adoption of big data security analytics to meet detection and performance requirements. In 2014, security vendors will continue to add new threat-reputation services and analytics tools that will enable them and their users to identify stealth and advanced persistent threats faster and more accurately than can be done today with basic “blacklisting” and “whitelisting” technologies.

7. Deployment of cloud-based corporate applications will create new attack surfaces that will be exploited by cybercriminals. Cybercriminals will look for more ways to exploit the ubiquitous hypervisors found in all data centers, the multitenant access and communications infrastructure implicit in cloud services, and management infrastructure used to provision and monitor large-scale cloud services. Because they lack sufficient leverage to demand security measures in line with their organizational needs, small businesses that purchase cloud-based services will continue to grapple with security risks unaddressed by cloud providers’ user agreements and operating procedures.

For a full copy of the 2014 Predictions Report from McAfee Labs, please visit: http://mcaf.ee/utjz4.