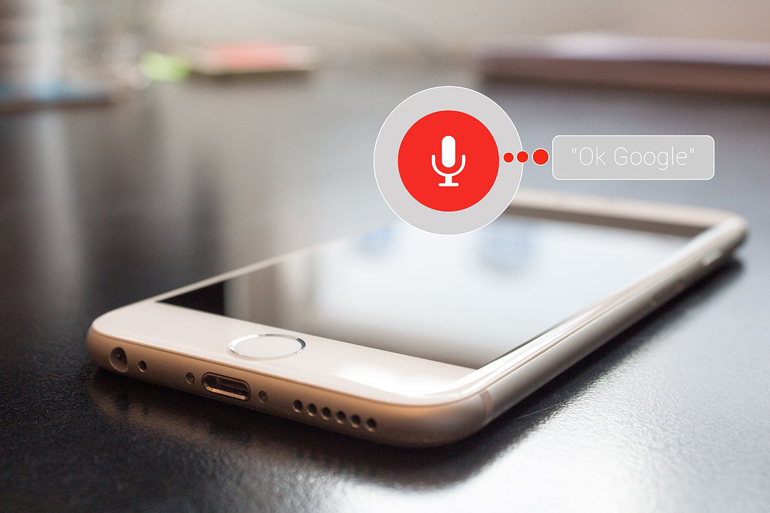 In the age of digitization, the consumption of content across different channels often changes quickly. Anyway, the search for content itself has remained relatively constant, since search engines are dominant for many years - with Google taking the lead and being far ahead of all competitors. At least, we see as well more and more digital assistants with speech recognition entering the market, like Apple Siri, Samsung Viv, Amazon Echo, Microsoft Cortana, Facebook M, SoundHound Hound and Google's own product Google Home.

‘Voice Assistants’ are available as separate devices with and without display, as well as integrated into smartphones, home appliances or televisions. Hence, digital assistants are no longer negligible in search engine optimization (SEO), since voice search is becoming standard operating procedure for many customers.

No wonder then that many tech giants want to get involved to secure decisive competitive advantages at an early stage. The fact is that, in case digital language assistants prevail, Google is unlikely to be the only strong player in the future SEO market. Instead, the industry leader will have to fight for the first time with increased competition in its own core competency and search queries are expected to gradually shift from multiple providers to different channels.

The behavioral change of users in terms of search queries has certainly an impact on companies' SEO strategies, since people speak differently than they write. Therefore, the SEO laws will most likely change.

Although Google, as the current leader in the field of search engines, already alters its algorithm regularly, fundamental changes (such as Panda, Penguin and Hummingbird) do not occur that often. The growing importance of voice search, however, could change that, SEO experts say, forecasting two fundamental factors that will become increasingly important in the future:

Primarily (local) restaurants, the entertainment industry and supermarkets will benefit from this trend, as well as review and news websites of all categories, that gain traffic through voice search queries for short and concise answers to current questions.

Some large corporations are already investing more in artificial intelligence (AI) and integrate digital language assistants in their marketing activities. For instance, Walmart and Google partnered to allow Walmart customers in the US ordering products via voice from Google Home and get them delivered in a timely manner.

Publishers are currently also taking their chance to experiment with digital voice assistants, raising the question whether tech manufacturers will develop features that publishers can deploy reasonably. Amazon released, for instance, Polly Plugin for WordPress, which allows you to convert (written) blog posts into audio files (including podcasts), seemingly holding a lot of potential.

Considering that Juniper Research forecasts that by 2022 more than 5 billion voice assistants will be in use on smartphones worldwide (taking into account that multiple assistants may be installed on a single device), we certainly shouldn’t underestimate the impact of digital voice assistants. Just look at Apple’s introduction of Siri that signaled the first voice assistant push into the mobile ecosystem, that has grown to include smartphones, tablets, headphones, wearables, laptops and other portable personal gadgets.

Furthermore, the Asia Pacific region is expected to be one of the largest markets for voice control use: China and South Korea are hotbeds of voice control technology development and adoption of the technology is particularly high in Thailand and Japan.

Accenture revealed that internet users in India and China showed relatively high interest in owning voice-enabled technology, since the technology simplifies the use of character-based languages: 51% of regular voice control users in China and 57% in Japan said they used voice to save them from typing.

While Google and Amazon gained an early foothold in the US and are expanding into Europe and Latin America, China-based companies like Alibaba, Baidu, Tencent, JD.com and Xiaomi are making the most headway in Asia, eMarketer.com reported. “Samsung, KT, Kakao Corp. and SK Telecom have established early leadership positions in South Korea and other parts of Asia Pacific. This landscape could undergo dramatic changes if and when some of the players in the region gain a foothold in the US and/or Europe, or vice versa”, eMarketer said.

Summing up, the emerging popularity of digital language assistants brings obviously many opportunities, though there is no guarantee that the voice search will prevail as suspected. Nevertheless, it is worthwhile to be the first to try new ideas on the market.

Above all, it remains exciting to see which innovations are currently and in future developed by the manufacturers. Especially, since the competition among the tech giants is known to promote innovation – which, in turn, provide companies with further (technical) possibilities in experimenting with language assistants. Although it still remains to be seen whether digital language assistants will prevail in the long term, it is already clear that Google will in all likelihood no longer be the only strong player in the SEO market.