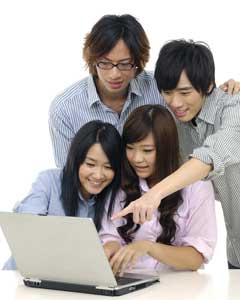 The desire of young professionals and college students to use social media, mobile devices, and the Internet more freely in the workplace is strong enough to influence their future job choice, sometimes more than salary does, according to an international study published by Cisco.

This and other findings highlighted in the second chapter of the 2011 Cisco Connected World Technology Report characterize the seriousness of the next-generation workforce’s demand to work remotely with more flexibility in their choice of devices. This demand illustrates the importance of the relationship between the Internet, workforce culture, and companies’ competitive advantages, and surprisingly indicates that traditional methods of attracting and retaining young employees may be less important as the ‘Millennial’ Generation comprises more of the workforce.

The second annual Cisco Connected World Technology Report surveyed more than 2,800 college students and young professionals in 14 countries and was commissioned to assess the challenges that companies face as they strive to balance employee and business needs amid increasing network demands, mobility capabilities and security risks. Its key findings include:

Impact on job choice and salary

Sheila Jordan, VP Communication and Collaboration IT, Cisco reaffirms: “These findings among college students and young employees indicate the freedom to access social media and use devices is increasingly important to the next generation of the world’s workforce - in some cases, more important than salary. The results in the Cisco Connected World Technology Report demonstrate how companies need to acknowledge this fact in greater numbers, and respond accordingly - for many industries, the status quo of previous work environments is becoming a thing of the past.”