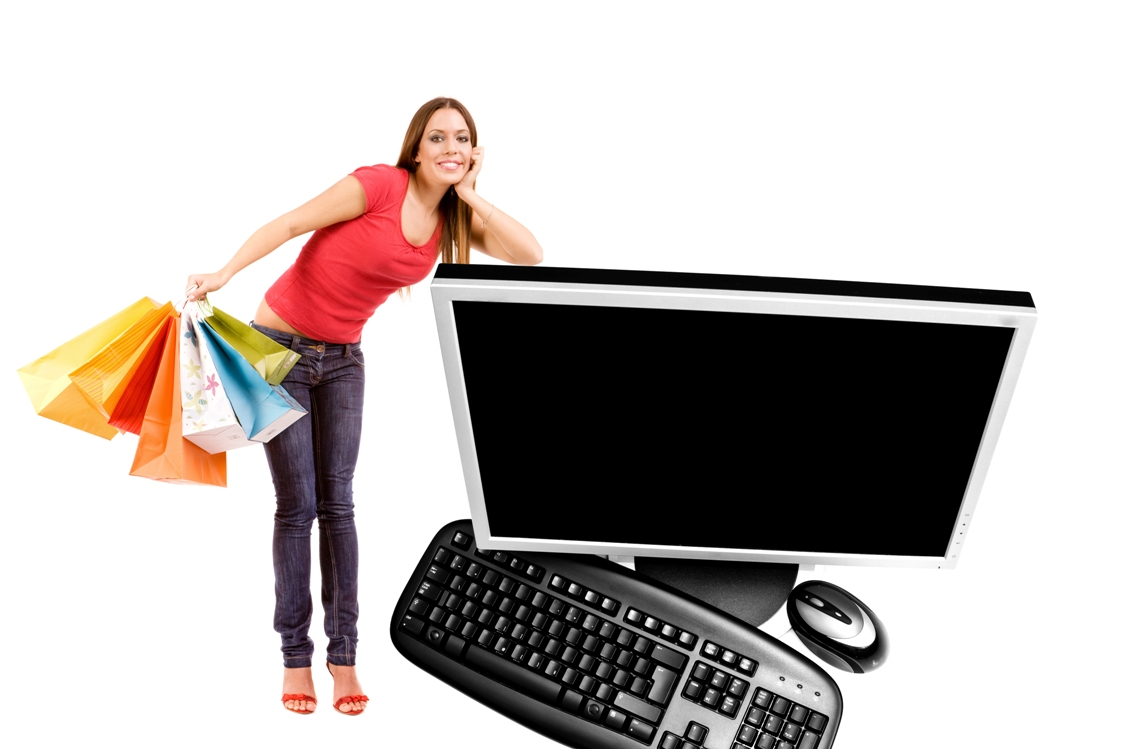 Digital has complicated the path to purchase, says eMarketer, adding that the orderly progression from discovery to consideration to purchase to loyalty is now more of a tangle of paths, with multiple channels available for consumers to follow.

However, the broad model of the sales funnel is still a useful metaphor, and it helps frame the role of mobile advertising in the retail industry, according to a new eMarketer report, “Mobile Advertising in Retail: Tracking the Changing Purchase Path.”

At the top of the funnel, advertisers want to introduce—or reintroduce—themselves to consumers, and a bit further down, engage them and build a long-term relationship. Smartphones have unique abilities to make these introductions and build relationships.

Consumers usually shop in their favorite stores, whether they’re online or off. Often, these shoppers are not even aware of alternatives, so the first challenge for retailers is to inform potential customers of their existence. Call it awareness or discovery, retailers have always advertised to announce themselves, but mobile adds a transformative element: location.

It’s still early days for location-based advertising. Even in this early stage, however, it performs very well for retailers, which is apparent in xAd and Telmetrics’ March 2013 study. One-third of tablet owners and nearly one-quarter of smartphone owners were most likely to click on ads that were locally relevant to them. 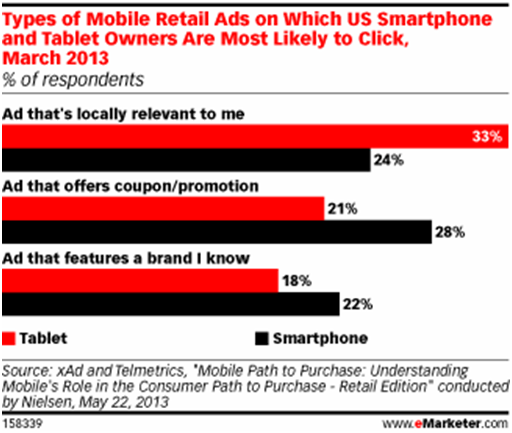 A May 2013 Chief Marketer study found that among marketers, the primary goal of mobile apps was building frequency of interactions and engagement with a brand. Some retailers use ads to introduce apps to prospective customers; others use ads to convince existing customers to deepen their relationship. 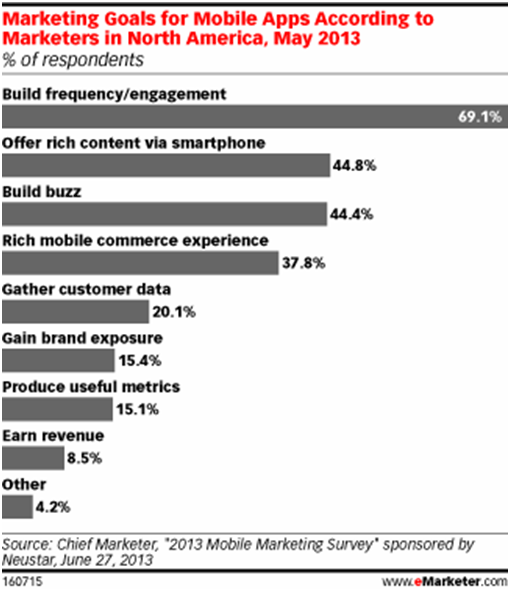 The closer consumers get to a purchase, the more they use their phones—to a point. Smartphones excel as instant information sources, never more so than when consumers evaluate the price, quality and availability of an item. They visit search engines, look at reviews and product information or ask their friends, but fewer actually buy items directly from phones. Advertisers have responded with ad dollars focusing on influencing shoppers at the research stage, particularly in search advertising, as opposed to the actual point of purchase.

In a June 2013 survey conducted by JiWire, just 14% of shoppers preferred to research in-store, with the rest using laptops and mobile devices. Just further down the funnel, at the actual point of purchase, 45% preferred buying retail products in-store. Indeed, people are using their devices to mostly research, not buy products. 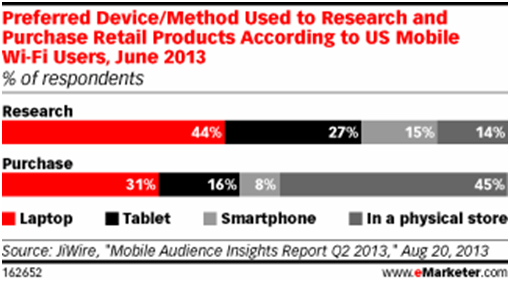 In fact a number of industry observers forecast the end of retail as we know it. Some predict that retail will change more in the next five years than it has over the past century and that the extinction of brick-and-mortar stores isn’t far off. Well, we will see. (Source: eMarketer)