Generation Podcast: Increasingly establishing itself as a relevant channel 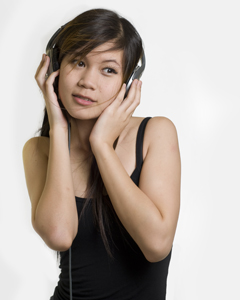 Podcasts as a medium has evolved from a rare blogging experiment into a broad medium with mainstream trappings and is today an integral part in users’ daily routine. Podcasts get the attention of a large and receptive audience. In doing so the target group of podcast users is young, fully employed and well educated according to the results of a study conducted in November 2008 study by BlueSky Media in cooperation with the online portal podcast.de. The focus of their study has been mainly on consumer behaviour, the reason of use, and the common media use, as well as the acceptance of costs and advertising surrounding podcast offerings.

The podcast medium is characterized by a very loyal user-ship. 40 percent of the respondents have been watching and hearing podcast offerings already for more than two years and the user group is growing rapidly. In fact, only 22 percent of the respondents have been dealing with the podcast medium for less than half a year. The study further shows that user-ship is increasingly growing due to new devices (iPod, cell phone, player, etc.) and that it represents as well a quantitative steadily growing addressee group.

Users of podcast offerings can be reached locally mainly at home (90%) and at the workplace (37%). In addition, there are also high values in relation to leisure-contact points, as e.g. 51% of the respondents use the medium in public transport, 35% while travelling and 31% while in the car.

The majority of the top-rated podcasts come from recognizable media entities that are using podcasts to expand their existing radio, TV, cable or satellite audiences. It is obvious that here, podcasts are a draw as both an information and entertainment medium at the same time. Thus, the podcast medium takes on a by-trend which is an informational function (83% surveyed want above all "be informed").

If podcast is used as distribution channel, it can be expected that the listener devotes an intensive engagement to specific topics. The podcast is therefore less a "casual medium" and minimizes waste coverage when addressing the user. The demographic patterns of the podcast audience, like those of the online video audience, are highly dependent on the nature of the content.

In the remaining medial use behaviour, the podcast consuming audience stands out primarily by using other "Web 2.0" applications, such as community sites (e.g. MySpace, Friendster and Facebook). Podcast users are generally extreme online surfers. 96% use the Internet every day and on average for 3.5 hours. This means that the target audience of podcast users can hardly be reached by conventional media (radio and television for example, are on average switched on for just about an hour a day). This is a highly significant and relevant fact to be considered from the sales and/or marketing perspective. It is this very group of podcast users that is known at “Generation Podcast”.

Additional findings of the report reveal that 70% of the users surveyed accept only free podcast offerings. Only one in four users would be willing to pay for individual content. Advertising in the environment of podcast offerings, however, are in general tolerated - if the podcast is offered for free. It is important to the podcast users, however, that advertising spots are presented in an "entertaining" and "interesting" way, and shouldn’t be longer than 20 seconds and run at the beginning or end of the podcast episode, but not interrupt the episode itself.

The podcast can be seen as a perfect sales and marketing tool that provides survey results from an advertising-relevant target group that can’t be reached via traditional media (radio, TV). It’s the ideal medium to get in touch with the "podcast generation” and this channel of communication is expected to continue its growth at least through 2013. By then, predictions claim that there will be 37.6 million people who download podcasts monthly, more than double the 2008 figure of 17.4 million.