What Can be Learned from Mobile Payments Leader Japan 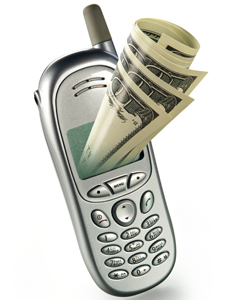 Within industry experts’ persistent predictions about the imminent advent of mobile near-field communication (NFC) contactless payments, the Japanese market is frequently cited as proof that such payments have a future.

However, Japanese market reality is not as much of a straightforward success as many believe. Based on primary research with leading mobile carriers, banks, payment services, brands, and technology vendors, the Boston-based financial research and consulting firm Celent identified ways to learn how to lay the groundwork for faster, more successful implementations of mobile NFC payment solutions.

The key findings of Celent’s report “Lessons from the Mobile Payments Leader: What the World Can Learn from the Japanese Market” are the following:

There are a number of lessons to be learned from Japan, which transcends market ecosystems, including the following:

"Although Japan obviously differs from the rest of the world, its success in the mobile contactless payments space merits examination," says Red Gillen, Senior Analyst with Celent's Banking Group and author of the report. "If one puts aside the technical and infrastructure differences of the Japanese market, there are a number of empirical, strategic business lessons that are relevant to other countries."