The arrival of the iAd platform will see Apple move into the one part of the mobile market from which it has previously been absent – mobile advertising. The iAd platform, announced at the recent iPhone 4.0 OS launch, supports in-application advertising that will span the iPhone, iPod touch, and newly launched iPad.

Apple is being typically bullish in predicting great things for its advertising play. CEO Steve Jobs reckons there will soon be around 100 million Apple devices on the market and that most of people’s mobile activity will be dominated by applications, on which they will spend around 30 minutes per day. According to Jobs, if ten ads were to appear on each device every day, this would make for 1 billion ad impressions daily. The potential revenue from this scenario could be substantial.

Apple’s play is ambitious and slick, but it still faces challenges before it can corner the market – not just from Google but also from the complexity of video-based in-application advertising. There is also concern over how tightly Apple intends to control its mobile advertising platform, which is currently unclear. The big issue here is whether Apple will impose rules that in effect prevent agencies and developers from having access to the kind of rich capabilities promised by its mobile advertising vision unless they go through the iAd platform.

Apple’s advertising play is both an opportunity and a necessity

The iAd platform – built on the back of Quattro Wireless, which Apple acquired in January for $275 million – will support full-screen video and other interactive advertising formats built into applications, which is appealing to brands. But the danger with this level of integration is that unless in-app ads are extremely well designed and targeted, they will be highly intrusive and turn users off. This is a tall order for agencies to get right. Another potential issue for developers and agencies is whether they can run the same in-application ad across the iPhone and iPad, or whether the ad in question will have to be repurposed to accommodate the different capabilities and form factors of each device.

Apple will deliver, but the promise is wrapped in clever marketing

Steve Jobs is positioning Apple’s in-app advertising as a new category that is different from other formats such as search and online advertising in general. This is a little disingenuous: in-application advertising is a small market but it is not new, and it is also well understood that mobile is a different advertising environment from online. Jobs also made much of how the emotional engagement of TV/video and the interactivity of the Web are the two most desirable elements for both advertisers and users, but have never come together, especially on mobile. Cue Apple, which will bring these elements together thanks to the combo of iAd and its devices. This is classic, clever Apple marketing and a move to push the company’s innovation around the user interface to the fore of mobile advertising. The fact that Apple is a genuine leader in this space should not blind us to the fact that rich video is a costly, complex format to deliver.

Apple brings a lot to the table, and will give Google a run for its money

Apple will do a good job of addressing the complexity of in-app advertising and has an ecosystem that puts it in a leading position. It has a fast-growing base of devices – Jobs has announced that around 50 million iPhones have been sold, and alongside this are the iPod touch and new iPad (450,000 of the latter having been shipped already). Apple has the largest application store on the market, with 185,000 apps and 4 billion downloads to date. The counterpoint to this is that Google Android devices are picking up, and Google is a far more experienced mobile advertising player than Apple, with a wider portfolio than just in-app advertising. Google’s ad solutions are not fancy but they are cost-effective for advertisers with an easy, self-serve interface. It is also aiming to boost its mobile advertising play through the proposed $750 million acquisition of AdMob, one of the largest mobile advertising networks in the industry. Google has made a show of welcoming Apple’s move into mobile advertising, and in this instance Google might actually mean it, as it is hoping Apple’s push into mobile advertising will weaken the FTC argument for blocking its takeover of AdMob.

Other players will feel the iAd effect more acutely

With or without AdMob, Google will face stiff competition from Apple, but others will also feel the pain – notably rival device platform/app store players such as Nokia and Microsoft, as well as mobile operators pursuing their own mobile advertising strategy. Apple’s plans could also hit the independent ecosystem building up around iPhone applications including Millenial Meida and Greystripe (ad networks), PurpleTalk (ad exchange), Medialets (platform/analytics), PinchMedia (analytics). And these companies are just the specialists. What Apple has not made very clear is how developers and other parties work with these companies alongside iAd. It seems unlikely that Apple will insist that iAd is the only gateway to in-application advertising in the Apple ecosystem – this would anger the industry and could even draw regulatory scrutiny. But what Apple could do is create an environment that favours its platforms in other ways; for example, by only allowing access to its devices’ rich APIs via the iAd platform. This would not explicitly exclude other ad networks, but it would make them less attractive partners for developers and agencies – for example, resulting ads might be less interactive.

By Eden Zoller, Principal Analyst of Ovum, a Datamonitor company 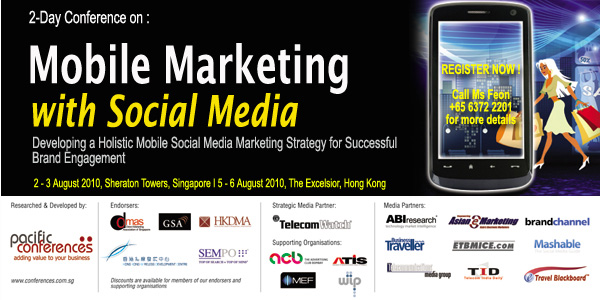