AI is the ultimate success factor for tomorrow's economy 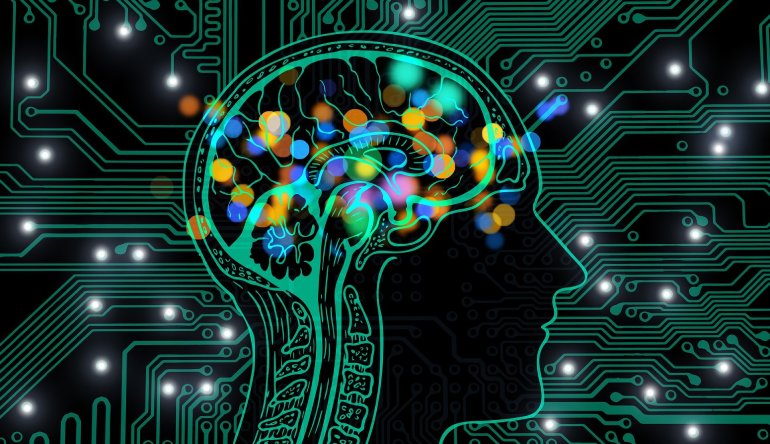 Are you wondering why artificial intelligence is being discussed so intensely in business and the media right now? Well, after the internet, digital transformation and automation, artificial intelligence seems to be the next kind of panacea for businesses, especially for marketing and sales, which can be used to interact with consumers faster and better.  Hence, the leading industrial nations have long seen AI as one of the key technologies of this century and are supporting it with large financial resources.

Jürgen Schmidhuber, a renowned researcher in the field of AI, makes this point clear in Prof. Claudia Buente’s recent book, Die chinesische KI-Revolution (engl. ‘The Chinese AI Revolution”), stating that the most profitable effects of AI seem to be in the field of marketing. He argues that just a small part of around 2% of marketing in the global economy are enough to make companies like Amazon, Alibaba, Tencent, Facebook, Google, or Baidu the most valuable companies in the world, Then, kicks his thought up a notch he claims that what already works very well and is very profitable for some companies is only the tip of the iceberg and will soon affect a much larger part of the economy.

Claudia Buente, the author of the book, gets granular on China’s AI ambitions to make an impact in today’s world economy. Just like Dr. Kai-fu Lee, a respected AI expert and author of the book AI Superpowers, she is convinced that China and not the USA will be the world leader in AI technology, simply because China has the largest population on earth with 800 million people “mobile only”; thus producing huge amounts of data. Besides that, China has a data protection law that allows combined analysis of data and the one-party government focuses on AI.

With her book, she wants to show the world where Chinese marketing and sales systems currently stand and what we can learn from learn it, pointing to Kai-Fu Lee who explains that the arrival of AI in our daily lives is approaching in four waves.

Wave 1 – the Internet AI: According to Lee, that’s currently the phase we are in. Users are more and more online, and an AI can collect and interpret data: the “output” orientations necessary for a learning system are, for example, “clicked” versus “did not click”, “bought” versus “did not buy”, “was on one page for a long time” versus “was not on one page for a long time”, and end products are, for example, referral marketing ("Users who viewed this article were also interested in this article"). The AI learns the user's personal preferences, which it can track online, and that results in better recommendation marketing over the dwell time, which the user can perceive as an "improvement of the internet". A combination of online and offline behavior has not taken place yet as in this wave, AI is exclusively geared towards online movements and data.

Wave 2 – the economic AI: The so-called developed markets are in this phase as well, meaning Wave 1 and 2 run in parallel. In Wave 2, however, an AI does not use the data that is generated online, but rather the available data from commercial enterprises with the aim of further developing the respective company. Here too meaningful analysis and AI learning is only possible if the data is available in a structured form, in a high quantity, and a desired output can be labeled. Not every company and not all industries have this data quality, so it can be assumed that only certain companies can make meaningful use of AI here. Good examples can be found in the finance sector, especially lending companies, or the insurance industry. It is certainly also possible to combine both waves, Internet AI and economic AI. For example, “Chronos” an AI-supported application from Lapitus, helps insurance providers calculate the insurance risk without the insurance candidate having to fill out lengthy forms that are often incorrect or incomplete. Even if the AI used is not yet successful enough, the data and photos uploaded by the candidates are structured data feed for a learning AI. So, it is only a matter of time before AI can predict better than a human insurance actuary at what price the insurance offer is optimally priced for each particular candidate from the insurance company's point of view.

Wave 3 – the perceptual AI: Artificial intelligence is currently still learning in islands: seeing (image or face recognition), hearing (speech recognition), feeling / touching and other skills are still developing side by side in the so-called "narrow AI". But AI-assisted systems are by now starting to “see” the environment, according to Lee. As soon as these separate skills could be combined in one AI, the real and the digital world would merge for us as users. Currently, digital systems are still dependent on us operating them with a keyboard and swiping our fingers on smartphones. Hence, these input elements are “portals” for the World Wide Web. In the perceptual AI world of the near future, it no longer makes sense to distinguish linguistically between “online” and “offline”. If you can order a liter of milk by speaking the order phrase while sitting on the sofa, are you online or offline? "Lee developed a new name for this phase: OmO = online merge offline. You can imagine the world of shopping kind of as seen in the 2002 film “Minority Report” in which AI-assisted woven surfaces in a shopping center use the test person's iris to determine who he/she is and draw attention to personalized shopping offers. The more a shopper shares data, the more needs-based would be the suggestions made to him or her when shopping. According to Lee, we are at the beginning of this phase and Alexa from Amazon, Siri from Apple, Google Home from Google are the start of this wave.

Wave 4 – the Autonomous AI: This is the area about which there are many, almost apocalyptic, ideas. In this phase, AI capabilities have grown together to such an extent that the AI functions autonomously without human intervention. Lee mentions autonomous driving, drones and intelligent robots as examples. This wave is already in preparation, but like the three waves before, it will probably not work properly for a long time. Each wave affects a different area of human life, in which AI will be used differently, and will intervene more deeply in everyday life from wave to wave.

So much for the four waves, but what Buente and Lee both highlight in their looks is the fact that people tend to underestimate exponential developments because they only continue to think about them linearly. For many decades, AI was a little-noticed technology that only IT experts and data specialists dealt with - with little success at first. A broader public only became aware of AI in the 2010s with applications such as image recognition, text bots, and voice applications such as Alexa or Siri. These so-called "narrow AI" applications are now successful in those sub-disciplines in which the focus is on a specific task. But with driverless cars, firefighting drones, and email programs that can finish your sentences, there’s no escaping that AI is going to continue being applicable in our everyday lives.

China is absolutely determined to become the world’s superpower in AI, doing whatever is necessary to pave the way for a booming AI economy that is presumed to be worth $15.7 trillion worldwide. And in no small part thanks to its eager government to help promote new tech businesses, a strong manufacturing hub, and a goldmine of personalized data at their fingertips, China has what’s necessary to start creating amazing AI products and applications. It’s in an excellent position to surpass Silicon Valley, reign supreme in the current AI-based economy, and overall change the world order.