Collaborating to compete – your enemy could be your best friend! 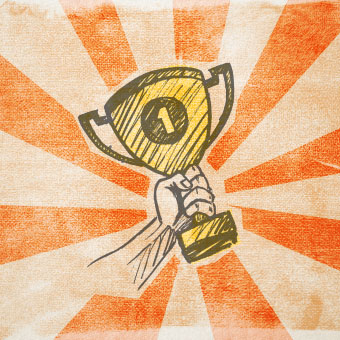 In October 2007, two cash-strapped college graduates, three blow-up mattresses and a home cooked breakfast changed the way we define spaces forever. Airbnb started in 2007 when two hard up students, both 27, were struggling to pay their rent. A design conference was coming to San Francisco and hotels were fully booked. The students decided to compete in the hospitality market and rent out three airbeds on their living-room floor and cook their patrons breakfast.

The next day saw the creation of airbedandbreakfast.com; and just six days later the students hosted a 30-year-old Indian man, a 35-year-old lady from Boston and a 45-year-old father from Utah. They charged them $80 each a night. As the students waved them goodbye, they looked at each other and thought, ‘There’s got to be a bigger idea here’.

Now with over 2 000 000 listings in 34 000 cities and 191 countries, Airbnb is a prime example of the emergent ‘sharing economy’  ̶̵  an ecosystem in which everything from beds to bicycles to lighthouses are rentable commodities.

The idea is simple but radical and a testament to the growing trend of ‘collaborative consumption’ in which physical assets are easily disaggregated and consumed as services. Our stuff (and our bright ideas) is assigned new financial value when accessed, shared and utilised by others.

Essentially, what we are seeing is the sharing of underutilised assets as a means of beating the competition. Although this sharing economy operates on a peer-to-peer business approach, could the same dynamic be applied on a business-to-business scale? A joint venture would see two or more companies band together to beat the competition, but taken a step further, should these same businesses learn from the sharing economy and share office space, delivery vehicles and even HR systems in order to compete?

Could there be a really clever new order in which businesses analyse their productivity and utilisation profiles and then find someone else whose profile is counter cyclical to their own (as opposed to the same – which is the foundation of most joint ventures) to join resources with, to ensure their assets are 100% productive.

Is the old model of building bigger and better on your own, cracking at the foundations, giving way to a more inclusive and porous business methodology? Rather than staking their flag deeper in the ground, large-scale corporations and professionals (countries even) need to think about working with their competitors in order to win.

If we are to stay ahead in today’s economy, collaborating with the competition may be more than a cutting-edge strategy; it may just become the bare necessity.

Today, with no prerequisite investment or qualification, you can sell your wares anywhere in the world. This is largely due to a growing mass confidence in online consumerism.

At first, people were wary about security. But having made a successful purchase from, say, Amazon, they were more confident to buy the next time from eBay… and so the spending story continued. Online retailers have essentially trained customers over time to be comfortable making remote purchases and trusting in faceless vendors to deliver their goods.

Rather than ‘killing small business,’ Amazon and others have activated new market opportunities. A niche service that was once handicapped by locale can now secure tractions outside of its neighbourhood borders.

Services have joined the market

In the same way, there is a growing trust and trend towards selling services and skills globally. Like Uber or Airbnb that piggyback off people’s personal assets, online platforms are available for professionals to offer their skills. A job is posted and professionals tout for the work based on competency and profile. It’s also a clever way for professional services practices to mop up their employees’ unutilised time.

The services rendered via these platforms are time-bound, cost-efficient and streamlined to the task at hand – a potential disruption to professional services firms who aren’t alert to the need to evolve.

In tomorrow’s economy, those who see themselves as a global, connected ecosystem able to provide information and skills, sharing via a single system with similar standards for quality and production capability, will hold massive advantage. This smarter way to maximise results will see globally-connected workforces working ubiquitously in a digitally connected environment and will trump fragmented platforms without much guarantee for users every time.

In May 2016, Simon Moutter of telecommunications provider Spark led a delegation to Israel in order to learn what made this small, young nation a world leader in innovation. His findings were phenomenal. Their innovative environment can be best defined as an ecosystem – a holistic community of interactive and symbiotic elements that function interdependently.

Across the university hallways, corporate boardrooms, research institutions and government departments, there is a predominant atmosphere of connectivity and mutual honour. Everyone seems to know each other; self-protectionism has lost its stronghold under the banner of collaboration. Because the nation has no natural resources, innovation has become the proverbial gold to secure their global competitive advantage.

And so, with government architecting and underpinning the entire ecosystem, entrepreneurialism is championed and hoisted high by government, private sector, and academia alike.

If nations want to keep their competitive global advantage, they need to find their own common innovation narrative on home turf. True collaboration means everyone has a role to play in bringing ideas to market.

‘Hunting as a pack’ – communicating a ‘one nation’ story across all spheres of business and civil society  ̶  will position national markets to win in the global arena as well. Large companies need to leave their silos behind if they are to compete. Similarly, small, one-city only companies should heed the call for collaboration… before it’s too late.