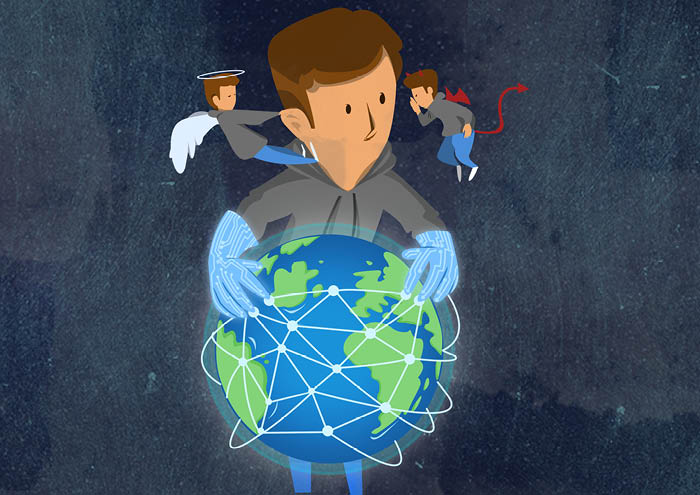 You don’t have to be a sci-fi wizard to remember Avatar. The 2009 fantasy blockbuster was equally entrancing for trekkies and school teachers alike. In the epic science fiction film, writer and director James Cameron envisioned a new world inhabited by an alien species known as the Na’vi, who lived in perfect harmony with their deity, Ewya, on an exoplanetary moon known as Pandora. All was well ‒ a perfect display of symbiosis between nature and its inhabitants ‒ until the human race had to show up. And once again, it was a case of ‘winner takes all’, where the collective force of human greed was unleashed to tailspin perfect order into chaos.

Albeit fantastically far-fetched, there was something deeply resonating about the movie. What made Avatar rack up two Academy Awards and USD2 billion was more than just great special effects and Sam Worthington’s acting. It was the sense that ‘this is us now ‒ and this could be us later.’ The plot was a familiar one, with humanity as the classic villain, willing to plunder paradise for temporal gain but to their ultimate demise.

In 1974, biochemist James Lovelock posited a new paradigm known as the Gaia theory. Essentially, he said that organisms and their inorganic surroundings have evolved together into one living, self-regulating complex system over time. The biota, or web of interdependent organisms, have determined everything from global temperatures to ocean salinity ‒ anything that would ensure “life maintains conditions suitable for its own survival”. In short, life has been making a way for itself over countless centuries.

We might not be able to tap into the whisperings of Ewya like the Na’vi did on Avatar. But, what if we could tune into the undertones of the biota? Our technologies are advancing concurrently and exponentially, synthesizing billions of intelligent devices into a single cloud-based ecosystem known as the Internet of Things (IoT). As our systems will get smarter, so too will our ability to understand their interconnectedness. Imagine the transformative power we could unlock if we could see the cumulative impact of a billion small actions in motion. Could IoT be the hero to save us from ourselves?

The laws of consequence

The concept of consequence is nothing new. Scientists have been studying its behavior for centuries. Newton reminds us in his third law that every action has an equal and opposite reaction; Clausius and Kelvin tell us in the first law of thermodynamics that energy cannot be created or destroyed ‒ only transformed from one form to another. So, when we extract oil from the earth, transforming its thermal energy into kinetic energy to turn a turbine to generate electricity for our household use, we have to know there will be a consequence on the other side of the equation. Look no further than our melting ice caps for exhibit A.

But, as our devices become all the more embedded with intelligence, and IoT rolls merrily our way, we have less excuses not to connect the dots into the future. Machine learning will increasingly make sense of the vast oceans of data flooding in daily, filtering out helpful insights and patterns to enable improvements in nearly every sphere of life. Machines will most probably get very good at pointing out the opportunities and pitfalls, and we will be left to steward these key insights.

Of course, there are warning lights everywhere. The ubiquitous concern is that we’re frantically investing in a world order that could potentially outrun our human capacities and ingenuity, offering no promise to keep us in it someday. Experts like Nick Bostrom warn us of the grave danger in controlling AI, including Elon Musk who predicts its powers to trigger WW3 and eventually wipe out humanity.

But apocalyptic singularity is only one way of looking at it. Some of the world’s top entrepreneurs are suggesting a more cooperative, hands-on approach to the issue. Industry leaders such as Eric Schmidt, Peter Thiel and Elon Musk have invested billions in the research and promotion of ethical AI to ‘benefit humanity as a whole’. Called OpenAI, the new non-profit is aimed at developing artificial intelligence that will serve as a tool to help solve major challenges, including climate change and food security. They argue our technologies can become forces for greater good, rather than shovels for our species’ grave. Says Facebook’s chief technology officer Mike Schroepfer, “The power of AI technology is it can solve problems that scale to the whole planet.”

The maths of morality

If technology is able to zoom in and out, offering more micro and macro insights into human behavior and impact, how do we ensure that insight will translate into ethical action? In other words, how can we make sure the robots and ‘biota’ and ‘Mama Gaia’ will all want to be friends? The question is not so easy, when you consider the complexities of overpopulation, short-term profit gain, and demands for environmental protection, all running side by side and vying for more on top. If we ever want to tap into the heartbeat of our own Gaia, we’ll have to invest far more in the algorithm of ethics.

Says Pedro Domingos, author of the recent book The Master Algorithm, “I actually don’t think it’s that hard to encode ethical considerations into machine learning algorithms.” However, he notes: “The big question is whether we human beings are able to formalize our ethical beliefs in a halfway coherent and complete way.” The real issue is, as custodians of a moral code, are human beings even able to articulate and agree on what’s right and wrong?

At this relatively early stage of AI advancement, the onus is on us to intersect and qualify the moral code for sustainability, planet and population alike. If we can learn to connect our technologies to understand the rhythms and impacts of symbiotic living, we may not have to strap those moon boots on and plan our earthly exodus just yet.

Perhaps the notion of Pandora was not as ‘out there’ as it seemed. Our world is extraordinarily interwoven; we may just be building the tools to interpret and manipulate its complexity for the better. But as systems sophisticate, the question governing our future will not be so much how we will steward this responsibility, but rather will we?