Happiness doesn’t come cheap, but it pays up… 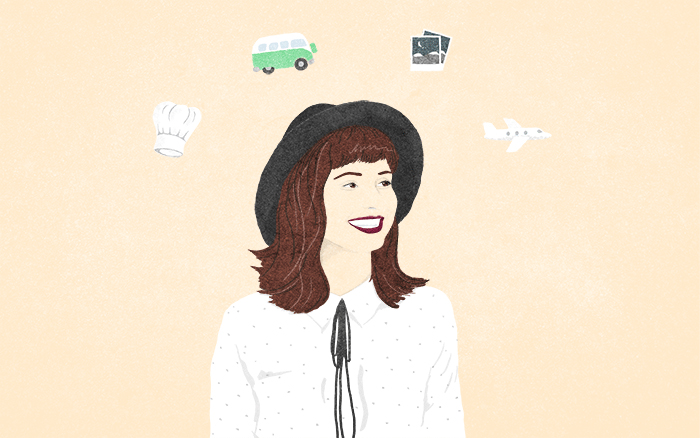 In many ways, there’s no such thing as ‘just a job’. What we do within our 9-to-5 work week is powerful. Work defines and shapes us; it takes the form of our personal fingerprint on society. And considering that the average person will give 100 000 hours to working over a lifetime, our jobs are anything but a sideline gig in the greater narrative of life. Our work is deeply personal, grafted into the mesh of our unique human design.

In spite of this, when it comes to measuring organizational success, we’re quick to draw lines and dehumanize the discussion. Profit margins and first mover advantage drive the language of performance that pervades our corporate conversations. Utilization and expediency are what turn company heads and steer strategic leadership.

And though aiming to win is a natural and healthy by-product of business, the danger lies in our diagnostics. Should we fail to perform a full-bodied assessment of our organizations and take the temperature of our people along the way, we may be sustaining a pandemic known as short-termism.

Studies have repeatedly shown that a highly engaged workforce means the difference between a company that outperforms its competitors and one that fails to reach its potential. Engagement activates, and there is much evidence to prove it. But little research has been done on what makes staff really happy ‒ until now.

Australia’s Curtin University, in collaboration with Making Work Absolutely Human (mwah.), has conducted a nationwide research that asks the questions: What makes someone want to get up and give it their all, day after day? What kind of organizational culture fosters happy people with a deep sense of purpose and personal fulfilment? As we may have expected, they found money isn’t everything. Interestingly enough though, when money isn’t everything, it just happens to multiply anyway.

“Choose a job you love, and you will never have to work a day in your life.” We’ve all heard this before, and for those privileged enough to relate, it’s a statement that mwah. research has discovered to be all too true in Australia. Findings reveal that while salary, job security and hours of work count, it’s the job itself that matters most. People want to fundamentally believe in what they do ‒ whether it is tinning top quality tomatoes or driving social activism. Of almost equal importance is the culture in which you work and the people with whom you do it.

These imperatives echo the theory of self-determination, which argues that competence (growth and mastery), autonomy (independence) and a sense of relatedness (working together) need to be in place, should organizations want to nurture healthy environments filled with self-motivated, happy employees. When these three basic elements thrive in a workplace, companies will benefit by way of worker retention, productivity and people who passionately love what they do.

Take, for example, the critical element of autonomy. When employees are entrusted to oversee a task, unencumbered by scrutinizing and bureaucratic roadblocks, they have proven to perform better and last longer on the job. They are more apt to innovate and offer fresh, creative solutions to historical problems, because they are unhindered by politics and conventionality. Autonomy brings out the best in people, enabling them to inculcate the skills and rich experience of life outside of work into the job itself. Rather than ‘leaving your life in the lobby’, day to day knowledge can be infused into critical aspects of work and tip ‘good ideas on paper’ into ‘better ideas in practice’.

‘Happiness’, however, has a back story. Companies, even countries, who rank high on the happy factor are the result of meticulous investment and careful planning. So strong is the link between happiness and social wellbeing that the UN has reworked its quantifiable diagnostics of social progress and success to set the state of mind front and center of the analysis.

For too long, the world has upheld Gross National Product (GNP) as the primary measurement of prosperity, said UN secretary general, Ban Ki Moon, in 2012. Designating a day for its pre-eminence as a “goal of public policy”, the UN backed the launch of International Happiness Day with the first of its kind, 2013 World Happiness Report. Drawing the distinction between happiness as an emotion and happiness in the sense of life satisfaction, the report was able to put flesh on the bones of a historically esoteric body of thought.

So too has Harvard economist, Michael Porter, who’s currently putting chart-topping Iceland to the test with the launch of what he calls his “Social Progress Index” – a new scale for measuring how well societies are functioning. Essentially, he argues that, no matter how well a society provides for its citizens’ basic needs, they will never be satisfied if opportunity to innovate and improve upon their lives is lacking. Porter says, “The idea has been that social progress happens if we can improve economic progress. If we increase GDP per capita… life gets better.” Although that’s true, he believes that’s not enough. A successful society fosters freedoms, equality and springboards to launch generations higher.

Happiness is a business imperative

If health, wealth and happiness on a societal level seem to suggest some common features, shouldn’t we apply this litmus of scale to our own corporate cultures? As Curtin University research has found, organizations that apply high amounts of trust and employee independence reap better rewards, both in profits and company morale. Companies that unlock passion unlock performance; they ignite innovation and stir up nonlinear thinking, which tips companies into cutting edge creativity and higher levels of productivity.

Opportunities to grow and gain new skills, to interact across fields of expertise and levels of management, promote employee whole-heartedness and self-motivation. The more an organization understands what is important to a person, the greater sense of meaning and fulfilment that person feels on the job, and the broader impact that individual can have on the organization as a whole. When organizational culture adopts a language and posture that prioritizes the employee’s experience and promotability, companies will inevitably benefit.

As the saying goes, “The happiest people don’t have the best of everything; they just make the best of everything”. Imagine what we could pull off, if the touchpoints of autonomy, competency and collaboration were named and carefully placed within our HR processes. If happiness was more than lip service and integral to our corporate agenda, we would probably end up accidentally stumbling over profit. Now there’s something to smile about.

This post originally appeared on Aurecon’s Just Imagine blog that provides a glimpse into the future for curious readers, exploring ideas that are probable, possible and for the imagination. You might want to subscribe here to get access to the latest blog posts as soon as they are published.