Friendster: In the Forefront of Social Media and Web 2.0 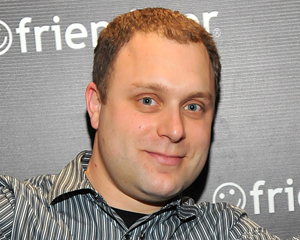 There have been more than 130 million blogs being tracked by Technorati since 2002, an estimated 100 million videos a day being watched on video sharing website YouTube, and more than 90 million members are part of the social network Friendster. All those so-called social networks offer a platform for all kind of things human beings love to do – like connecting with friends, to share content, communication and ideas, cooperating and collaborating, finding people who might be good friends, allies and lovers. And that’s the only reason why it spreads so endemic - because it lets us be ourselves and allows us to find information, inspiration, like-minded people, communities and collaborators faster than ever before.

Asian e-Marketing spoke with Jeff Roberto, Marketing & PR Director of Friendster Inc., who revealed that Friendster will further adopt social media and Web 2.0 technologies as they are an effective way to distribute information, communicate, market products and services with customers. Used the right way, he says, they’re a very cost effective approach to build buzz and a brand online. “Currently, and in the near future, the social media industry must educate marketers and advertisers in Asia about building effective campaigns with social media”, he said, explaining that many advertisers are just learning about the sheer size of social media sites and the number of consumer minutes they command online each month.

Today, 7 out of the top 20 sites on the web are social networks and social media sites. Most of these sites did not even exist 5 years ago. Social networks are leaders in “user engagement” or time spent on a particular site per visitor per month. On average, Friendster visitors spend, according to Jeff Roberto, about 150 minutes per month on their site, or almost 3 hours. “This is over 3 times that of what visitors to Google spend (44 minutes), over 3 times that of what visitors to eBay spend (41 minutes), and over 12 times that of what visitors to Amazon spend (12 minutes) –measured by comScore Media Metrix January 2009 Worldwide data”, he added. A typical user spends 30 minutes a day on Friendster and visits the website several times a week, communicating with friends and sharing and consuming content through a suite of features, creating a great platform for advertisers.

As more information is shared via case studies and industry publications such as Asian e-Marketing, advertisers will begin to test social media campaigns and shift more marketing campaigns to sites like Friendster, as social networks are becoming the new portals of the consumer Internet by adding video, instant messaging and group chat features, games, news and information, and messaging. But at the same time, social networks are media platforms, providing media companies, organizations, artists and celebrities with a new global distribution channels which gives them a direct relationship with fans, leverage of social connections and communication to virally build a fan base and share content and information, and of course access to audience sizes unmatched by traditional media. All of these industry changes are indicators of the critical importance of social media to advertisers, offering a wide range of options for how to engage with consumer within the community. Friendster offers a wide variety of vehicles to establish a brand presence and to build a community around a brand. Some recent campaigns on Friendster run by Nokia, Coca-Cola, Clinique and Nescafe included branded profiles, branded applications (such as games, quizzes, or avatars), branded talent contests, branded skins for user profile pages and more. And Friendster believes that its innovative social branding solutions can connect brands with more young people in Asia online than any other site or channel.

The company’s short term goals are aligned with catering to its growing community and focusing on what’s most important to them, intending to build and deploy compelling features that are highly relevant to their user base. Such features and services will continue to propel their growth and drive adoption of Friendster in their key markets throughout Asia and worldwide. Without doubt, Friendster is uniquely positioned to serve the needs of those in Asia and those connected to Asia via family and friends living across the planet. A recent example of how they have launched a compelling product feature that’s highly relevant to their user base is the new “Send Money” feature. Friendster members who are Globe subscribers can new send and receive money to other Globe subscribers on Friendster, whether they’re in the Philippines or abroad. Such a feature may not be relevant on other social networks, but is highly relevant to Friendster’s user base. To read more about it, please click here: http://www.friendster.com/info/presscenter.php?A=pr58

In the past year, Friendster has rolled out a series of features including a full suite of mobile products, multiple languages, launched support for multiple open developer standards, and much more, planning to continue to build on these new products and features. One area of focus for them is mobile as mobile social networking took off globally in 2008 and a significant portion of mobile social networking users came from Asia. Their mobile site m.friendster.com, launched in summer 2008, is already doing over 1.5 billion monthly page views with millions of users and Jeff expects all their mobile products including their mobile site, text alerts feature, and new “Send Money” via mobile feature to grow significantly.

The company realized that new ideas, services, business models and technologies emerge and evolve high speed in social media and reacts continuously with patents. Friendster has been a leader in innovation since the early days and has documented its innovation every step of the way by receiving five fundamental patents with more still pending. Since launching the first social network in 2002, Friendster continued to build and own a significant patent portfolio, validating the company’s early and continuous innovation in online social networking. Their patents address many fundamentals of social networking including establishing connections, distributing and sharing content, managing connections over time and assessing compatibility between users. According to Jeff, the company is planning to continue to document innovation and build a world class portfolio of social networking patents, much like Amazon has done for commerce and Google has done for search, as they regard their patent portfolio as one of several assets of the company. Didn’t in just six years, social networking become both an industry – since 8 of the top 20 largest websites in the world are social networks – and a critical platform for over half a billion Internet users globally. Asia’s #1 social network has therefore expanded in December of last year its portfolio with a fifth social networking U.S. patent titled “Compatibility Scoring of Online Social Network Users” (U.S. Patent No. 7,451,161).

In order to giver you the full picture. Prior to this most recent fifth patent, Friendster was granted four other social networking patents:

Today, Asia is home to the world’s largest and fastest-growing internet population. With more than 41% of global internet users, Asia also leads in online social media usage. The majority of Asia’s online population is young, spending a lot of their time on social networking sites and primarily on Friendster. This trend represents a massive opportunity for the company and the social media industry in Asia. With over 75 million registered users from Asia and 50 million monthly unique visitors from the region, Friendster is well positioned to embrace the many advertising and marketing campaigns that target this demographic. As mentioned above, advertisers are just beginning to see the potential of social media, and specifically Friendster, can play am important role in online marketing campaigns conducted in the region. The company is currently busily educating advertisers, demonstrating to them how to build effective social media campaigns on Friendster.

Measuring the effectiveness of such social media campaigns is very different from measuring more traditional online campaigns as social media introduces a new marketing paradigm where there are new ways to measure success. Impressions and click-through rates are secondary and often inadequate—the new success metric is engagement. Jeff describes it the following: “Engagement is measured in a variety of ways. On Friendster, engagement is measured by the number of comments posted on your campaign’s profile page, the number of fans connected to your branded community, the number of installations of your brand’s skin on user profile pages, the number of times your app was installed and shared, the number of people signing up for trials and samples of your product, the number of people taking your survey or quiz, the number of times your branded game was played and so on. Social media is about interactivity, and thus there are new ways to measure its effectiveness.” Compatibility scoring for instance can be utilized here in a variety of ways to help drive interactivity and engagement around a branded campaign. This could very well be implemented in an upcoming campaign on Friendster.

Asked if he could share with us some of his resources for staying on top of social media marketing trends and tactics, he listed a variety of industry blogs, organizations and publications that report on the latest in social media companies, marketing and trends, including Techcrunch (www.techcrunch.com), Venturebeat (www.venturebeat.com), Mashable (www.mashable.com), Haymarket Media (http://www.brandrepublic.asia/Media/), Marketing Magazine Asia (http://marketing-interactive.com/) and of course, Asian e-Marketing (http://mediabuzz.com.sg/asian-emarketing).

Moving forward, Jeff predicts to see more social networks and media sites incorporate “activity streams” into their product offerings, allowing users to subscribe to and receive updates about the people and things that matter most to them. These streams will become more granular permitting users to follow specific types of content from specific people or entities. “We’re just starting to see this shift with increasingly larger followings around micro-blogging and social network aggregators”, he says. Tackling our concerns in terms of security issues he said that he believes that social networks continue to become more secure and embrace even more privacy settings to enable effective sharing and communicating between individuals and groups within larger social networks.