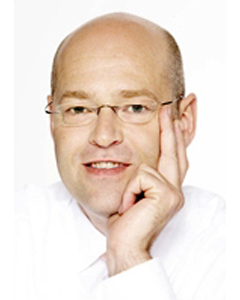 Smaato Inc., a global mobile ad optimizer and mobile advertising company, published recently a whitepaper on mobile advertising in South-East-Asia that caught my attention, as it reveals interesting results on the mobile Internet boom in the region. The privately held company, based in Silicon Valley, was founded in 2005 by an experienced international management team.

Asian e-Marketing had the chance to interview its Co-Founder and CMO, Harald Neidhardt, to find out more about Smaato’s advance and push for growth in the mobile advertising space in Asia. In order to tackle the complex Asian market, which is renowned for its own rules and requirements, the company established a Singapore presence already in 2009, after attending the MMA Forum there.

According to Smaato’s report more than 400 million people will have access to the mobile Internet this year and the average mobile Internet user across Asia will generate 26.47 page impressions per day. Further, users in Asia will be producing over 15 billion page impressions on a daily basis (including Japan and China) and the total spending in the mobile advertising market will be about $1.5billion in 2010 in the region. These figures speak for themselves and prove that the mobile Internet is an exceptional opportunity for brands to communicate with their customers, so I don’t have to elaborate on this here in detail.

Fact is that mobile Internet usage across Asia is second only to messaging when it comes to mobile data services, while the hype of the developed mobile world around apps and Smartphones has penetrated massively the region, too. It is a growing marketplace that gets rolling in Asia today and is going to be very big. Still, the mobile Internet journey in Asia seems to be only at the beginning, with Japan, South Korea, and China as forerunners, which are not only the flag bearers for mobile advertising across Asia, but actually even doing so globally. 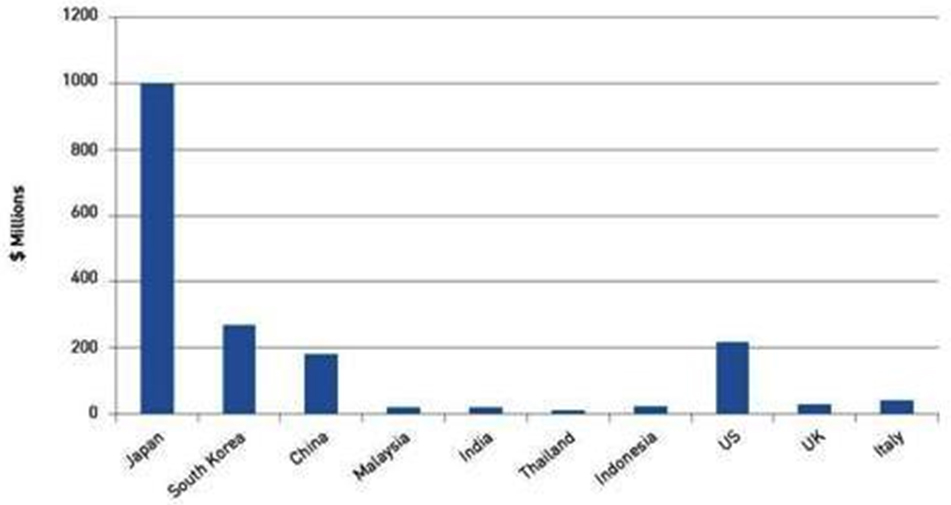 The numbers in Asia are certainly impressive and the opportunities immense, but Smaato warns that the complexity of mobile advertising campaigns shouldn’t be underestimated and that there are a many hurdles a brand must overcome to connect with consumers. It is for instance important that the brand creates compelling content, deemed relevant and contextual to the consumer, while accounting for the diverse national cultural differences across Asia. This content must then traverse over 400 devices in use across Asia, ranging from legacy devices to Feature Phones and Smartphones, each with different screen sizes, running on different operating systems, and over disparate operator networks. On top comes the multitude of ad networks required to finally serve the content to the consumer. Precisely due to the complexities involved in delivering a mobile display campaign, the majority of operations have been restricted to country campaigns.

Mr. Neidhardt is proud that his company could gain significant traction in the region in the past year with its aggregated ad network approach, claiming: “Asian countries have become the largest inventory leaders in the Smaato network behind the USA. Strong countries include Indonesia, Japan, India, South Korea and Vietnam. The inventory is huge and now we are working with our ad network partners to bring the advertising budgets up to par as well.” He adds further: “At Smaato we are convinced that the future is mobile, as published in our white paper. We believe that Asia is the next powerhouse in regards to mobile advertising. As Japan leads the mobile advertising market with the first country to exceed the $1 billion budget mark, we are convinced that other countries within Asia and the Southeast Asian markets will also excel. We see strong inventories in Indonesia and India, followed by South Korea and also Vietnam.” He expects an explosive growth in ad spend in Asia (10% - 20%) and is convinced that mobile advertising will become bigger than online advertising in the near future.

Smaato’s CMO is especially fond of the growth of mobile as a medium in emerging markets, where citizens are now getting more and more connected through means of mobile devices. He believes as well that not only marketing but also education and communication can make the world a better place. While the western world is leveraging their choice of display devices and different media - like TV, PC, laptop, Smartphone or tablet PC - emerging markets have the chance to leapfrog “old electronic media”. Therefore, “marketers and agencies should continue and enhance investments in mobile media rather sooner than later”, he advices, adding that foresight is necessary to take mobile experiments to a higher level. He is convinced that “marketers, who risk small mistakes, can learn and apply their new gained knowledge to a long-term advantage by staying relevant and grow the business with young and interactive consumer groups”.

As per Mr. Neidhardt, “advertising as an industry will change fundamentally with declining traditional media consumption and the advent of social media.” "Consumers are nowadays more educated and aware of choices and different technologies”, he explains and Smaato’s mobile advertising (SOMA) platform, most probably can please them. It aggregates more than 40 mobile ad networks worldwide and optimizes mobile advertising revenues according to automated rules overseen by an experienced ad operations team. More than 5000 publishers have signed up with Smaato as a partner to monetize their content in around 220 countries so far and Smaato is managing 7 billion ad requests per month. SOMA’s unique feature is the aggregation of multiple leading ad networks globally to maximize mobile advertising ARPU. It can be easily integrated with ad networks, ad inventory owners (publishers, developers and operators) and 3rd party ad technology providers and supports all of the most popular handsets, including iPhone, Android, Blackberry, Symbian and Windows Phone.

When asked to give his insights how mobile advertisement ROI can be measured, Mr. Neidhardt explains: “Mobile advertising can be measured by performance (like in the Smaato Metrics) or by indirect factors like brand lift and conversion in mobile sales. There are different approaches in measurement from the MMA and the GSMA to name a few, but so far research is at an early stage and just the increase of usage of the mobile medium is an indicator as well. Ultimately, any medium will be measured by its commercial success. When the first $1billion is made in m-commerce and the first 1 billion consumers are registered with Facebook on mobile, as an example, we know we have something big.” “There are already some great analytics tools that measure mobile web traffic that are getting deeper in behavioral data and give guidance to marketers”, he added.

The mobile display market in developed nations has evolved using a cost per thousand (CPM) model, but in parts of SE Asia, in particular, it is a cost-per click (CPC) model that has been adopted for the majority mobile display campaigns. The CPC model provides a guarantee to advertisers that they will only have to pay for their ad if a subscriber clicks on it. For the last 18-24 months this has been the favoured model in developing markets, because it is perceived as a more secure return on investment, enabling companies to experiment with mobile advertising in the near-term. However, during the past 12 months, the model has expanded beyond CPC - towards a more elaborate cost-per action (CPA) model that is incorporating browsing (landing page), call, text or e-mail.
Smaato is convinced that more and better trained mobile specialists in agencies and media companies, plus a new generation of mobile trained consumers, will soon expose the most viable business model for SE Asia in mobile advertising and mobile commerce.

Mobile location-based advertising (LBA) will be one of the drivers in mobile advertising according to Smaato’s CMO, although the industry is just entering the era where lots of information and services are more relevant to the consumer when made location-aware. He says: “In general, as a marketing industry, we have to learn to think in different engagement techniques to fulfill the promise of conversational advertising. What I mean is that we are at an early stage of the mobile advertising industry and the banner format might not be the Holy Grail for mobile marketing in the long run. We can add augmented reality, time, voice, video and LBA combined with the social aspect and data rate plans that allow the consumer to be always on. People will define which services are being used or which are a gimmick or plain over-engineered. What is for sure is that the mobile industry is shifting towards making the whole mobile experience better and more playful, and that includes especially the post click conversion and experience.” 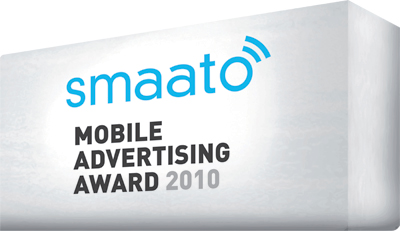