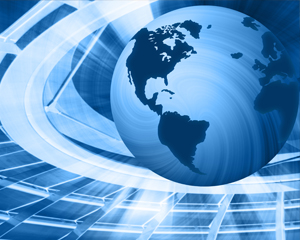 This is how the Cluetrain Manifesto describes in 95 points how the new corporate culture should be designed and which aspects of the digital world it will influence. What’s interesting here is the "definition" of consumers. "We are not a target group or end-user or consumer. We are people - and our influence defies your encroachment. Cope with it.”

The Cluetrain Manifesto is a call to action for all businesses operating within what is suggested to be a newly-connected marketplace. The ideas put forward within the manifesto aim to examine the impact of the Internet on both markets (consumers) and organizations. In addition, as both consumers and organizations are able to utilize the Internet and Intranets to establish a previously unavailable level of communication both within and between these two groups, the manifesto suggests the changes that will be required from organizations as they respond to the new marketplace environment.

The authors assert that the Internet is unlike the ordinary media used in mass marketing as it enables people to have "human to human" conversations, which have the potential to transform traditional business practices radically.

The book and website both challenge what the manifesto calls outmoded 20th-century thinking about business in light of the emergence of the Web, clearly listing "95 theses”, as a reference to Martin Luther's manifesto which heralded the start of the Protestant movement.

The manifesto was written in 1999 by Rick Levine, Christopher Locke, Doc Searls, and David Weinberger. And the following single paragraph summarizes the essential position taken by the writers:

"A powerful global conversation has begun. Through the Internet, people are discovering and inventing new ways to share relevant knowledge with blinding speed. As a direct result, markets are getting smarter—and getting smarter faster than most companies."

But if you are interested, read for yourself the list of theses to get the detailed picture: