Mobile Tagging and What You Should Know About It 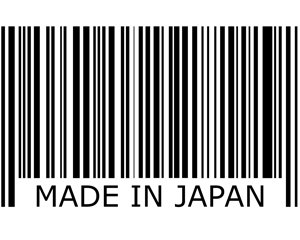 Mobile Tagging, also called Mobile Code Reading, uses the camera of a mobile phone for the reading of data encoded in a two-dimensional barcode that can be read by optical scanners, called barcode readers, or scanned from an image by special software.

A barcode is an optical machine-readable representation of data, which has been originally represented in the widths (lines) and the spacing of parallel lines, and may be referred to as linear or 1D (1 dimensional) barcodes. Its continuation is the 2D (2 dimensional) matrix codes, which comes in patterns of squares, dots, hexagons and other geometric patterns within images termed. Although 2D systems use symbols other than bars, they are generally referred to as barcodes as well.

Usually there is a variety of data stored in such a code, but regarding mobile tagging mainly an encrypted URL, which is redirected directly to the phone browser after successful decoding. This means that the user, for instance, can immediately access additional information on the web by scanning a code from a newspaper advertisement.

In general, the great benefit of mobile tagging for companies is that static information carriers such as advertising posters, newspapers, business cards or even T-shirts can become associated with the Internet in a versatile way, whereas the end customer in turn has a fast, accurate and above all self-directed access to further information. The application is compared to sending a text message quite user-friendly, besides being striking and graphically appealing and thus an appropriate advertising media.

Mobile Tagging has been developed in 2003 and is currently most prominent in Asia, especially Japan. Densos' QR (Quick-Response) Code in Asia and the Data Matrix are currently the most popular 2D barcodes, which are both ISO-standardized. These “open source codes' are the most used for optical reading with mobile phones, however, a QR code is always 60% larger than a DataMatrix code and this tends to mean that DataMatrix is the primary code used for example in packaging and enterprise solutions.

Until now mobile tagging, however, hasn’t really made its way, most probably largely due to the lack of the following conditions:

The procedure for coding the corresponding data is not standardized, which complicates the use of mobile code. So far, in essence, the ISO-standardized 2D codes of the type Data Matrix, QR, but also Aztec made their way. Which one is used basically doesn’t matter as they vary only slightly in their appearance.

You may ask now why it is so important to use one of these standardized codes? The answer is simple: It’s due to the software. Specific generators are needed to translate the data into the codes.

QR, Data Matrix and Aztec Codes is about open specifications, thus these codes can be used by several developers of such generators as well as readers. All others, non-standard codes, are manufacturer specifications that limit the usage of the codes by allowing it only in the manufacturer’s own products. As a result of this problem, the Mobile Codes Consortium MC ² has been set up, with the common goal to develop and maintain a uniform standard for both the codes and the appropriate reader.

The mass market is still not ready for mobile tagging, as not enough manufacturers offer their mobile devices with the appropriate software. Currently, there is no manufacturer that has pre-installed a barcode reader on each of its mobile phones. Although there are for almost all of the latest phones barcode readers from different manufacturers as a free software - what needs to be installed first, is usually used only little.

To introduce mobile tagging to the mass market, readers must be pre-installed by default on future mobile phones. A major mobile tagging boom can’t be declared yet, as the advertising industry can’t exploit its potential before the above requirements are provided.

Brands with digital affinity are the pioneers that are using such new technology, as mobile tagging is cost effective and presents the companies innovatively.

The reason for the success of mobile tagging, besides the flexible and multiple fields of application, is the quick, precise and customer-driven access to information. According to the principle of physical world connection, the user is able to gather digital information immediately by scanning a two-dimensional barcode, for example in an advertisement. There are currently around 70 different types of barcodes around and the number of codes is essentially restricted to a dozen types, which can be read by installing specific software (reader) on the mobile device.

At present, mobile tagging is finding more and more its way into the day-to-day-life of many Asians, with campaigns in the fields of commercial, public and private tagging, trying to realize the idea of an absolute convergence between information media. Mobile tagging connects static information carriers with the Internet and encourages the interactive behavior of the user. It’s expected that the future success of mobile tagging lies in the real enterprise solutions, where the codes will be monetized and customized for business and commercial use.

It will be at the forefront of intelligent and professional use - examples of which are; e.govt., tourism, advertising and targeted marketing, packaging, supply chain management, brand management and brand protection, logistics, track and trace, anti-counterfeit or smuggling, IDs and passports, transport and ticketing, parking, disability, CRM, cross media campaigns, m-ticketing, m-payments, e-learning, as well as complete integration of localization, personalization, objects and other data.

Commercial tagging includes the use of multi-dimensional barcodes, especially in the fields of mobile marketing and advertising. Showcases in this context are additional information on products (e. g. the nutrient content on hamburgers), direct downloads (e. g. free ringtones, clips or mobile games) and the direct link to a specific site of a company. Particularly in the field of commercial tagging it is vital for the code to be able to be branded (e.g. it is possible to integrate a logo in the code).

In terms of public tagging, barcodes serve as a hyperlink to additional information on public information carriers. This information may include maps, customer reviews or other non-commercial advice.

In view of private tagging, personal motives come to the fore. Besides the opportunity for creating direct hyperlinks on blogs or profiles, it is possible to participate immediately in online auctions (e. g. barcodes on cars with ebay hyperlinks). Furthermore barcodes allow services like saving data automatically in the contact list of mobile phones by scanning a code printed on business cards. In addition to higher user friendliness, private tagging offers novel opportunities for self-presentation. 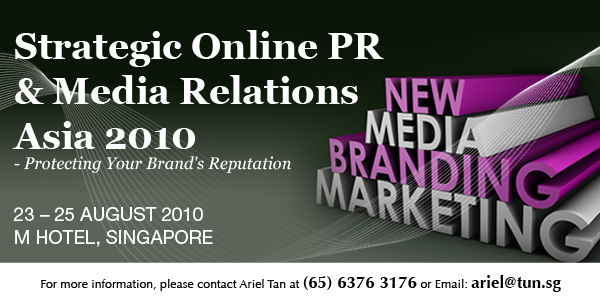