Advertising Campaigns on the "Third Screen" are Gaining Momentum 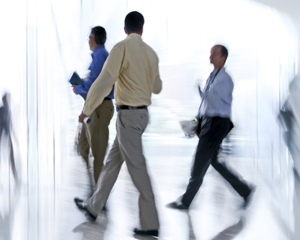 Mobile phones, the so-called third screens, are increasingly used at home next to TV and computer screens, according to a study of media agency Initiative.

According to their report, that surveyed 8000 active Smartphone users across four continents, 60% of mobile Web usage is performed at home now, with around 30% of Smartphone users starting their day, and even 45% closing their day with the mobile Internet. The peak time for Smartphone usage is in the evening (64%), when its users have some time to relax. People are browsing the mobile Web at home even while watching TV, listening to the radio, or just walking around. Thus, the "always on" devices really seem to gain momentum in high-speed, hand in hand with mobile advertising, which became widely accepted especially in the past two years. Without doubts the future of the “small screens” looks promising, as the technological potentials to access information in any place and at any time continuously grow. In the years to come a new digital revolution will find its way into our daily life and change our media usage intensively, as the mobile medium provides not only information providers, but also advertisers completely new perspectives. Just consider tagging ads (see BUZZword) in various media, with a way for people to respond to offers or participate in promotions via mobile device, to mention just one.

But despite growing success, many agencies still take a sceptical view towards the new medium, which is probably due to the fact that online advertising concepts can hardly be transferred 1:1 to the mobile Internet. Additional expenses for concept, compilation of advertising material and the preparation of the so-called landing pages are therefore unavoidable. And as the volumes of mobile campaigns are in many cases still only in the four-digit range, the expenses are often perceived as to high in relation to the benefits, although the mobile Internet rewards advertisers with an above average conversion rate and click-through rates of 1 to 2 percent. Though there is a sea of attractive opportunities to advertise on a mobile phone, like SMS, MMS and WAP push, search and display banners, Bluetooth, CellID-Push, in-game and in-video adverts, or in-menu and pre-call adverts, there are currently still no uniform measurement methods in place to evaluate their performance. The reason is that there are still only a few mobile portals that exceed the one million page views per month, but a billing in CPM can’t be taken into consideration in smaller portals with 200,000-500,000 PI's a month only. Therefore, many providers are seeking a time-based billing model, where the customer is placed exclusively on the portal for several weeks, as a specific targeting for end devices or location basis is barely feasible.

Yet, the target group of mobile surfers is already interesting due to the user stratum. Since many consumers access mobile content with the iPhone or iPod Touch, followed by BlackBerry devices and the Nokia N series, marketers can get access to decision-makers and innovators with a higher income than can be reached with the mobile medium only. And by taking a closer look, the often-cited limitation in displaying advertising content due to the small screen size actually represents a major advantage over traditional online advertising. Users simply have no chance to overlook the mobile advertisements as ad blockers are not available in the mobile Internet yet.

The standardization of advertising media is on track as well, although it is  still in its infancy compared to online advertising. Uniform banner sizes and formats have been established in the market, such as GIF or JPEG-banners in the standard size of 96x16 to 305x64 pixels, which are the most common advertising materials, reducing advertisers’ efforts and costs.

Some advertisers are moreover focusing on mobile applications, which the customer installs on the end device to then retrieve further information or entertainment content. Such applications often obtain more commitment of the addressee, but have in general the disadvantage that the production and installation process is much more costly.

Flash advertising or even advertising in videos have not really prevailed yet as far as I know. This is partly due to the limited Flash support of the end devices, but also due to the long loading times of the videos. Another important reason not to deploy these formats yet is the cost risk on the end user side as high charges per megabyte of data transfer are incurred on many of the providers’ tariff plans.

But it is only a matter of time until the mobile Internet will become an important pillar in cross-media offers of big advertising offensives as its strong growth is irresistible and its full potential by far not been tapped, yet. Just consider that the mobile phone offers several back channels without cross-media conversion in a jiffy, such as linked phone numbers, SMS, online forms or email.

Expect the growth of mobile advertising to expand this year exponentially and target group specific advertising will be near at hand no matter at what time and which place. The digital revolution will continue to change the use of media in the coming years as the mobile phone not only offers information providers but advertisers alike fresh perspectives all over and over again. 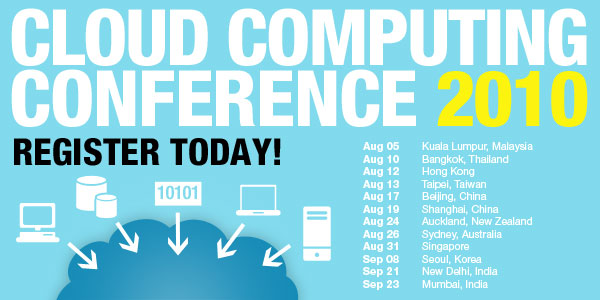