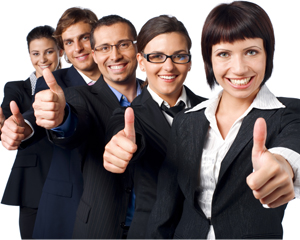 Asia’s premier business event for the global ICT industry showcases this week innovative and live demonstrations of ICT breakthroughs at the 22nd CommunicAsia2011 in Singapore.

Mr. Victor Wong, Project Director for Communications Events, Singapore Exhibition Services (SES), shared in an interview with Asian e-Marketing the long journey of the show and its rise to fame over the years.

Taking place this year at a brand new venue, Marina Bay Sands, from 21 to 24 June 2011, the organizer recorded again positive responses, which proves its continuing relevance and importance.

“With a seven percent increase in exhibitor participation, we see more companies investing in CommunicAsia as their platform of choice to grow their business in Asia and beyond”, Mr. Victor Wong confirms. In fact, CommunicAsia2011’s total sourcing budget submitted by registered visitors has increased by 12 percent compared to 2010, spurred by debut and returning exhibitors alike.

How the journey began …

Set up in 1976, Singapore Exhibition Services (SES) established itself over the years as one of the most innovative and respected exhibition and conference organizers in Asia that was running CommunicAsia as a bi-annual event until 1999, when there was a sharp increase in activity for the ICT industry; only from 2000 onwards was it organized annually.

There was another event called Network Asia held at the same time that actually encompassed Mobilecom Asia and Satcom Asia, but which were all included under CommunicAsia later and have helped to create the event you see now.

Mr. Wong confirmed: “It was a long journey for us and if you look back you see the progress and how CommunicAsia has now grown to be one of the largest and most influential events for Asia.” 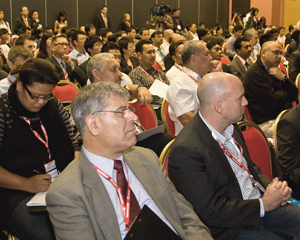 SES’s spokesperson added: “Initially we talked about communications all the time - telecommunications - but now if you look at whatever products that needs to be displayed, or issues that want to be discussed at CommunicAsia, it’s all about IP. That is how the event is moving along – with all its ups and downs, of course.”

The reason why the event moved from Singapore Expo to the prestigious Marina Bay Sands is so simple:  SES realized that most companies participating in CommunicAsia are not just looking for a pure exhibition booth space year after year to display their products and applications, but actually to gain closer interaction with their clients. The new venue allows exhibitors to show their whole suite of products to the industry during the show at the exhibition booths in Basement 2 and Level 1, while having at the same time the option of running their own conference in meeting rooms on Level 3.

“Exhibitors like Huawei or Nokia, for instance, have booked in addition to their booth hospitality suites to hold their conferences, host their VIP clients in an exclusive environment, or to have their own workshops and private closed door events. Now being located in downtown Singapore, exhibitors have more options in F&B, hospitality, and entertainment, providing more interaction between buyers and sellers”, explained Mr. Wong.

CommunicAsia, Enterprise IT, and Broadcast Asia – what’s the difference?

A few years ago it was more readily evident: broadcast was about broadcast, CommunicAsia was about communications – for example a phone was still a phone and a TV simply a TV - and Enterprise IT offered technology solutions. But when the industries converged, SES realized that many of the solutions that the telcos have been delivering to their clients actually can be used in the enterprise. Just consider enterprise mobility, where for instance a Blackberry phone can be a communications device, but also push emails and be used as an enterprise’s device to manage a sales force and staff. Another example is the emergence of IPTV and mobile TV where the regulators, for instance, have a hard time to decide whether IPTV should be included under the jurisdiction of the telco regulator or the broadcast regulator, as IPTV is the first time a telco can actually deploy television shows into households.

SES saw during their journey a lot of integration between these three events, and in fact, Enterprise IT, as part of CommunicAsia, now occupies about 40% of the show.

As the core industries are actually converging over the past few years, SES gives their exhibitors and visitors a choice of what they want and target by being the only event in the world where communications and broadcast are held at the same time in the same city, in the same venue.

“We all know that technology is really into convergence and that products are ready. Nowadays it is more up to governments to decide whether they are ready for convergence or if they still need time to sort out regulation or protocols”, explained Mr. Wong and he added that it is therefore no surprise that it is once again one of the hottest topics this year.

This year, CommunicAsia2011 hosts 26 group pavilions, many of which have increased their presence at the event compared to previous years. For example, the Chinese contingent will span more than 50 companies, and the largest group – represented by Zhongguancun – will return 150 percent bigger when compared to 2010. The Malaysian group pavilion led by MCMC will return 29 percent larger.

Making their first appearance at the show are four group pavilions from Thailand, Sri Lanka and Korea. They will be led by The Association of Thai Software Industry (ATSI), the Telecommunications Research and Industrial Development Institute (TRIDI), the Sri Lanka Export Development Board, and the Goyang Industry Promotion Agency (GIPA) respectively.

Some 200 companies from Singapore alone will participate to garner greater awareness and forge new partnerships with potential stakeholders and buyers from abroad. These include well-known brand names such as Aztech Technologies, Ecquaria, EON Reality, NCS, CrimsonLogic, ST Electronics, ST Teleport and SQL View. Meanwhile, more than 85 companies will promote their business competencies and showcase revolutionary products, solutions and technologies under the umbrella of the Singapore Infocomm Technology Federation (SiTF) and the Singapore Manufacturers’ Federation (SMa), supported by International Enterprise Singapore (IE Singapore).

The slogan for this year - Shaping Vision, Creating Reality

“At the show, visitors get a glimpse into the future of the industry and get to know what is the latest breakthrough that is going to lead to commercial success in the next few years” said SES’s Project Director when asked to explain what SES had in mind with the slogan.

CommunicAsia is presenting, once again, quite a number of product launches and is focusing on the ever growing and ever changing needs of the ICT industry, proved by nine tracks addressing the major topic areas of: Next Generation Broadband, Mobile VAS Strategy, Cloud Computing, Satellite Communications, and Convergence of Television, Consumer Electronics & Telecommunications,  as well as two workshops, all designed to meet the needs of IT executives who will benefit from the 150 experts sharing case studies and best practices. Not to mention the line-up for Visionary Address and CEO Perspectives this year, with a "Vision for the Mobile Industry" topic that discusses the agendas of telcos for 2012.

“When people find that CommunicAsia is a must attend event for them, they will come back next year and even in the future. That will help us secure a critical mass of people coming to the show.  I think being the largest show is a derivative of being relevant and being comprehensive”, Mr. Wong concluded the much appreciated interview. Thank you!