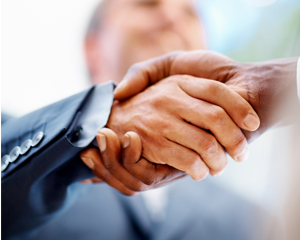 Since 2002, Andrew has focused his attention on the emerging mass market for digitally delivered Hollywood content with the intention to deepen Akamai’s strategic relationships with the major studios and their distribution partners.

The company has the most pervasive, highly-distributed cloud optimization platform with over 90,000 servers in 72 countries within nearly 1,000 networks, which is able to transform the cloud into a more viable place to inform, entertain, advertise, transact and collaborate.

Let me give you more insights into this exceptional company by presenting an excerpt of the exclusive interview with Andrew Grant (AG) that I intend to continue in the next issue of Asian e-Marketing:

Q: Akamai’s revenue in 2010 was more than US$1 billion, up 19% year-over-year. How do you explain the success? What makes Akamai special?

AG: “Working for Akamai is an incredible experience, which is part of why Akamai’s network has been so successful, but there are actually two other reasons that come to my mind:

That is really the breakthrough for us that makes us innovative and unique, because nobody else in the world has developed a network of this scale like Akamai. You have telcos that have networks that are sort of limited in scope by geography or by network deployment but we have sort of built this Internet Plus that sits on top of all of those different end points that allows for really highly efficient service delivery to take place. Basically nine out of the ten top finance companies world-wide use us, because they know that in order for them to maintain the quality of the relationship that they have with the consumer they need to have quality delivery. Now for us to go from one billion to five billion, which is really the next goal it’s more about how do we take that network ware and continue to innovate internally, but also to open the network to allow other companies to plug in and use it to support their own innovation as well.”

Q: We know that Akamai was founded in 1998, but when did it start operations in Asia and how is it positioned in the region?

AG: “Akamai now has offices throughout Asia Pacific with our Asia Pacific headquarters here in Singapore. For Akamai it is the fastest growing geographic market in our business today and that is a function of the massive investment being made in fiber infrastructure to support high bandwidth delivery. Obviously the rate of innovation around consumer electronics, but also the sophistication of each country individual market and their consumers, have raised high expectations. Everywhere I go, for instance, in Singapore, I am amazed by the consistent demand for quality in a retail experience and that certainly plays out in the media domains. So for us, it’s about consistently opening new markets here in Asia Pacific as we expand the deployment of the network in order to be able to meet the very sophisticated needs of that end consumer and to support media and brands coming together through mobile applications in a way that they never have had in the past. We see Asia particularly as the place where there will be a huge innovation in the consumer experience as mobile networks build out and fiber infrastructures are rolled out. It’s really going to require a lot of scale and consistency, and the simplicity that Akamai can present is that we put a lot of the traditional complexity of those services into the network itself. So it is growing fast here, faster here than anywhere else. The other interesting element about Asia Pacific is the blend of content for each individual country is quite specific. There is incredible Malaysian content or Bollywood movies that are not necessarily are ready for the mass markets overseas, but can be easily available world-wide now when you go into the Internet delivery domain. Suddenly you can have large scale media businesses that are serving expatriate communities and require high quality, global, consistent delivery. That’s definitely the case for the games business as well, where there are not any restrictions associated with the players but for media. Particularly, it is about us being able to deliver the content and the quality that local markets demand for their native content, so that they can consume it again across multiple devices.”

Q: What would you see here as the opportunities and the challenges? 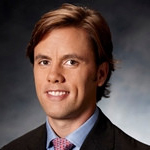 AG: “I think in terms of the opportunities we see massive, massive adoption of mobile consumer electronic devices. Akamai’s ability to serve at the highest possible quality to all different kinds of devices is really the hallmark of our network. We see that as a massive opportunity to deliver these very interactive mobile media experiences to a broad swath of end user devices. If you think about that from a media company’s perspective, if you make movies for a living, whether you make them in Malaysia, Singapore or Hollywood, what you don’t do is deal with the complexity, by nature, of serving such a constantly changing array of consumer devices. For us the opportunity is to simplify that prospect for those media companies by putting all of that innovation into the network itself.

I think the challenges for the market at large, not necessarily for Akamai, is keeping apace of the incredible growth. We see today large scale events that are increasingly global like the Cricket World Cup or the (British) Royal Wedding, where you have millions of simultaneous requests for content streams. Being able to deliver to more and more consumers connected to the Internet creates an incredible challenge as associated to scale. We expect further that in the very near future there will be a 100 fold increase in the bandwidth demands of the global media market, which is a tremendous media opportunity to ensure that we have a secure, scalable network.

The other challenge is about security. There have certainly been some well-known public events recently, where we had large scale denial of service or hacking attacks, as more and more of the global economy is interconnected through the Internet in a real and meaningful way. Therefore, Akamai is investing heavily into the security of its network. We know that we don’t own the consumer relationship. What we do is provide a tool set that will allow for a much better and richer understanding of that consumer relationship so that quality can improve over time.”

Overwhelmed by Andrew Grant’s passion for his company and job, that magically drove the whole conversation, I am looking forward to presenting you the second half of this very informative interview in the next issue of Asian e-Marketing.