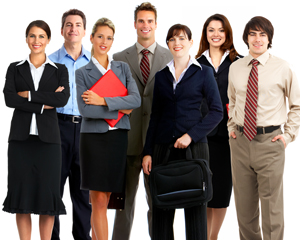 NXP is a leading state-of-the-art semiconductors company, originally founded by Philips more than 50 years ago, that was sold to a consortium of private equity investors in 2006.

NXP, which stands for the consumer's "next experience", co-invented in 2002 Near Field Communication (NFC) technology, which was the focus of this exclusive Asian e-Marketing interview with Sanders Arts, Vice President, Marketing Communications and Corporate PR, NXP Semiconductors during his recent business visit in Asia.

NXP supplies NFC chip sets which enable mobile phones to pay for goods and store as well as exchange data securely. The company also provides complete embedded, secure NFC solutions and recently announced that its NFC software is open source on the Android platform, which is enabling the Google Wallet application. What this means, is that by using simple touch gestures, consumers will be able to make purchases or connect to a point of sale (POS) terminal, ticketing terminal or location-based promotional tag simply and securely with their NFC-enabled smartphones.

Google Wallet allows consumers to replace a multitude of physical cards typically carried in wallets with a NFC enabled phone delivering convenience, personal interactivity and security for many different types of transactions. 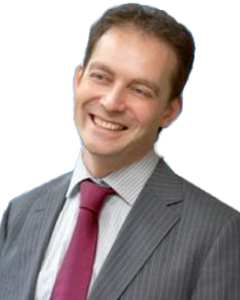 The man responsible for all marketing and communications in the company confirms that NXP needs to push hard to ultimately make sure that it is known everywhere within the engineering community.

Singapore is an important hub for NXP that has its NFC R&D facility in town as well as their APAC operations headquarters. In addition, the company has offices in India, the Philippines, Japan, Korea, Taiwan, China, Malaysia, Indonesia, and in Thailand where NXP is even the biggest foreign employer.

“We don’t breakdown revenue per business unit, though in total we made $4.5 billion last year”, Sanders said. “If you look at industry and analyst reports, you will see that NFC has great potential and I think it will grow like there is no tomorrow”, he added.

Although today it is a relatively small portion of the IT business, just a couple of hundred million in revenue, NFC has started to get a lot of attention and it is expected to grow at a very rapid pace. As a matter of fact, everybody is already designing it into their products “and then we will be taking in a fair bit of that market, because we invented it seven years ago”, NXP’s spokesperson said. “The sky is the limit, as it can be used anywhere. We shipped, for instance, two million pieces by Q3 last year and then in one quarter alone we sent out a couple of times that amount. In the future it is going to be in the car, it’s going to be everywhere and the adaptation is going to be quick.”

What was surprising Sander Arts, is the fact that such an incredible innovation didn't get the attention it deserved in the beginning. It seems that nobody grasped the concept of where it could lead. “Our CEO always says, we created it, but nobody came to buy it until Google got in and changed the game”, Sanders exposed. Indeed, the seven years old technology has just had its breakthrough in the market ecosystem.

According to Sanders everybody wants to talk to them right now, including all the prestigious newspapers and magazines, as the association of the NXP brand with Google has pushed them into the limelight and helped accelerate NFC adaptation in the market. It has also positively influenced the NXP brand as well and had a great impact on investors, with rising share prices, since their partnership with Google was announced.

“I attribute the whole thing to the fact that Google came in and now the sky is the limit. I don’t have a more sophisticated answer for that”, Sanders admits.

If you take into consideration that now, according to IDC, there have been more than 90 million smartphones shipped in 2010 alone you get a picture of the potential the NFC chip industry has - and that’s just the beginning.

“We are the only company who has the whole puzzle and we have the right spirit. So, the ingredients are definitely there and we have all the opportunities in our hands” Sanders reveals. An outstanding marketer in his own league, who has been selected as number 19 on the list of most successful marketers in the Netherlands and who takes all opportunities to grow a little bit further as an individual, he is a great presenter of his company.

Sanders Arts is responsible globally for NXP's marketing and communications functions. NXP has helped to standardize the technology that has evolved from a combination of contactless identification (RFID) and interconnection technologies and has now been ranked as the number one contactless IC vendor by ABI Research for three years in a row.

NXP is the global leader in NFC solutions, field proven in over 150 NFC trials and landmark commercial deployments worldwide, that has a great present and an even greater future.